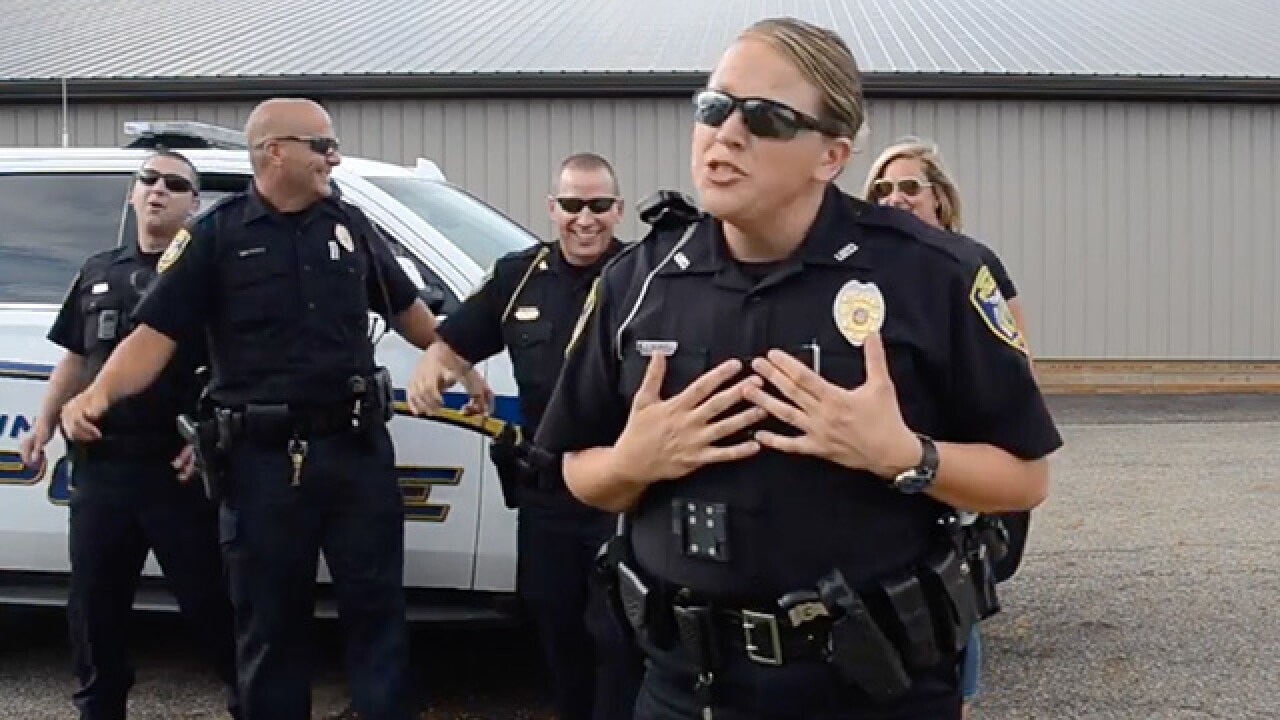 The viral lip sync challenge going around police departments across the country has made it's way up to Stark County as officers from the Uniontown Police Department take on the challenge to create an original video equipped with all the dance and lip syncing skills fit for online gold.

The video starts off with the arrest of two people accused of stealing doughnuts from the officers.

Once in the cruiser, the singing starts and then the dancing takes over. Since the video was posted on Monday, it's received more than 127,000 views and over 2,200 shares.

Uniontown officers challenged The Hartville Police Department to create their own version of the viral challenge.