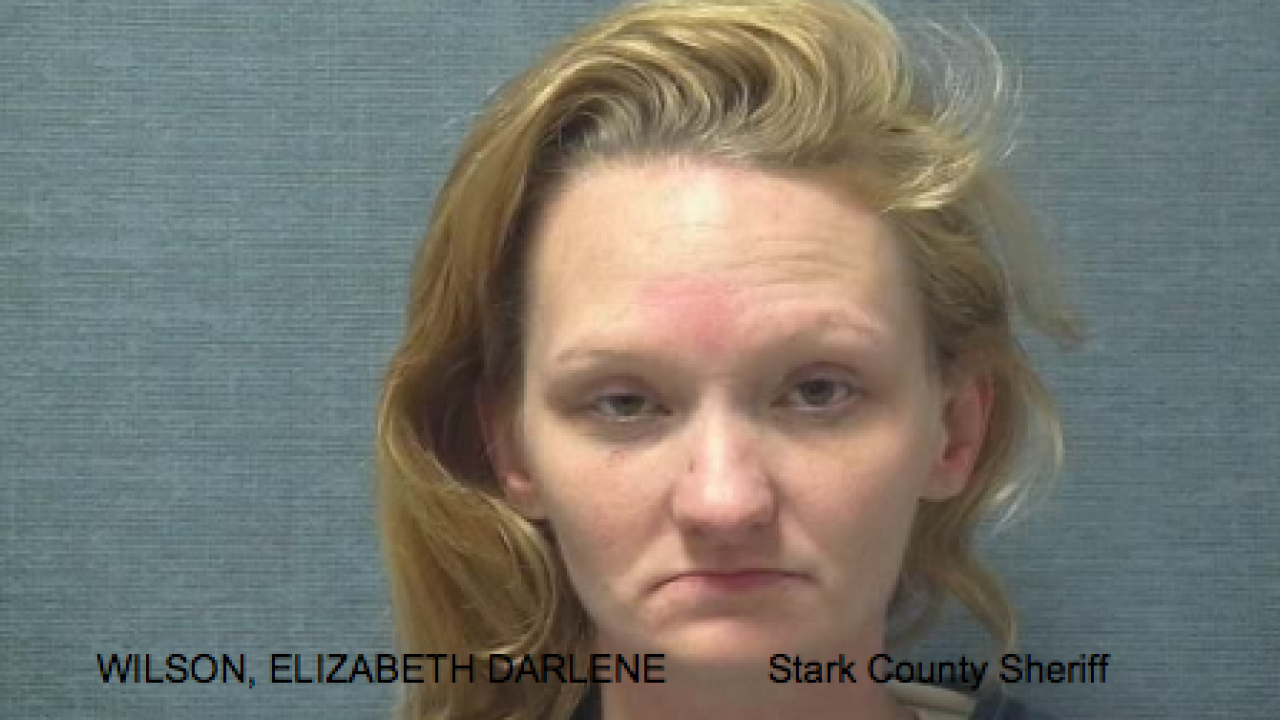 MINERVA, Ohio — A Minerva woman showed up to court on drug charges with a backpack full of drugs, according to court records.

Elizabeth Darlene Wilson, 31, of Minerva, appeared at Minerva Mayor's Court Monday on two counts of aggravated possession of drugs and one count of possession of dangerous drugs with intent to distribute or sell when she brought a backpack full of drugs to court.

Inside the multi-colored backpack was .53 grams of meth and MDMA, 11 blue capsule pills stamped R 3060 which appear to be amphetamine and dextroamphetamine extended release pills according to Drugs.com, a pipe with residue used to smoke or inhale methamphetamine, along with a paperclip with residue, 11 pills identified as gabapentin, a clear bag with marijuana buds weighing 2.32 grams and a glass pipe with burnt marijuana residue.

Wilson was also charged with possession of drug abuse instruments, marijuana drug paraphernalia, and possession of a controlled substance, both misdemeanors.