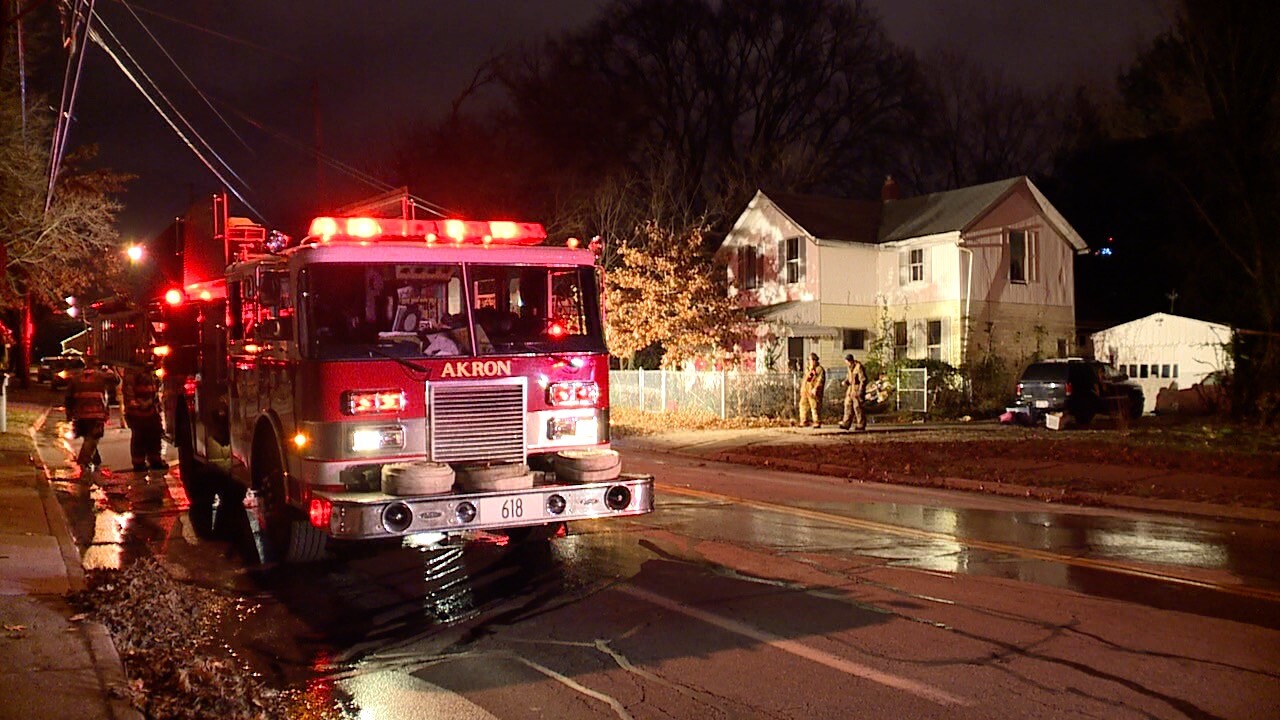 AKRON, Ohio — Five children and two adults were displaced after a house fire Monday night in Akron, according to a news release from the Akron Fire Department.

A caller told dispatch that the fire started upstairs and everyone was able to get outside.

The fire started in a bedroom on the second floor, which spread to the first and second floor ceilings, according to a new release from the Akron Fire Department.

Crews were designated to remove or cover Christmas presents found inside the home.

The Red Cross was notified and also responded to the scene.

Two adults and five children, between ages 4-13 years old were displaced because of the fire.