8 people indicted for roles in conspiring to create cocaine, meth supply chain from Mexico to NEO 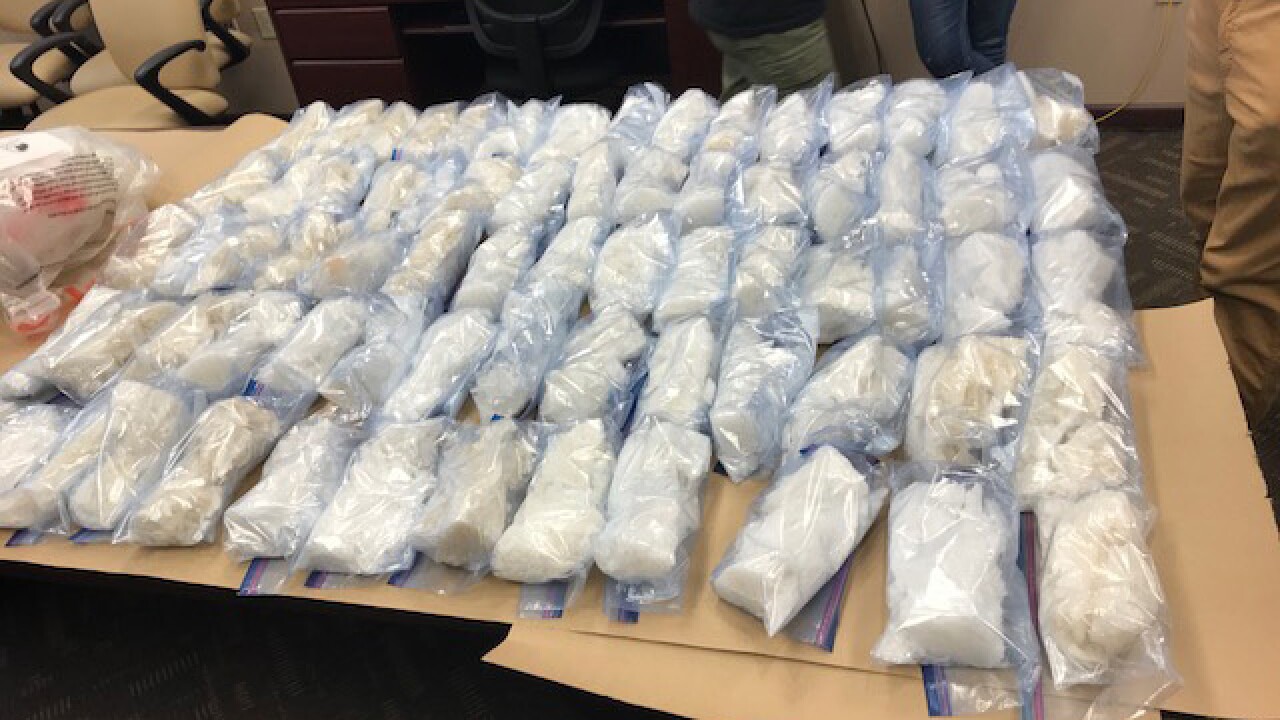 Copyright 2018 Scripps Media, Inc. All rights reserved. This material may not be published, broadcast, rewritten, or redistributed.
<p>Federal agents arrested two Mexican nationals and a Cleveland man in March after more than 140 pounds of methamphetamine was seized in Boston Heights — believed to be the largest seizure of meth in Ohio's history.</p>

Eight people were indicted on Friday for their roles in conspiring to create a meth and cocaine traffic supply chain from Mexico to Boston Heights, according to federal prosecutors.

In March, authorities seized 82 pounds of crystal meth and 60 pounds of liquid meth from a Boston Heights warehouse on Olde Eight Road. It's believed to be the largest seizure of meth in Ohio history.

The following eight people are charged with conspiracy to manufacture and possess with intent to distribute methamphetamine:

The warehouse where the drugs were seized appeared to be used as a processing facility to produce, package and distribute the drugs, according to the authorities.

Boston Heights is a city with a population of 1,300, located in the triangle between I-271, Route 8 and the Ohio Turnpike.

The U.S. Attorney said members of the group traveled back and forth from Ohio to Mexico to set up a drug supply chain and they plotted to murder someone when they believed someone robbed their warehouse.

While incarcerated, Johnson organized and orchestrated a plan to distribute meth in Ohio, according to federal authorities.