Mike Kahoe is 18-years-old, hoping to win seat on Revere Board of Education 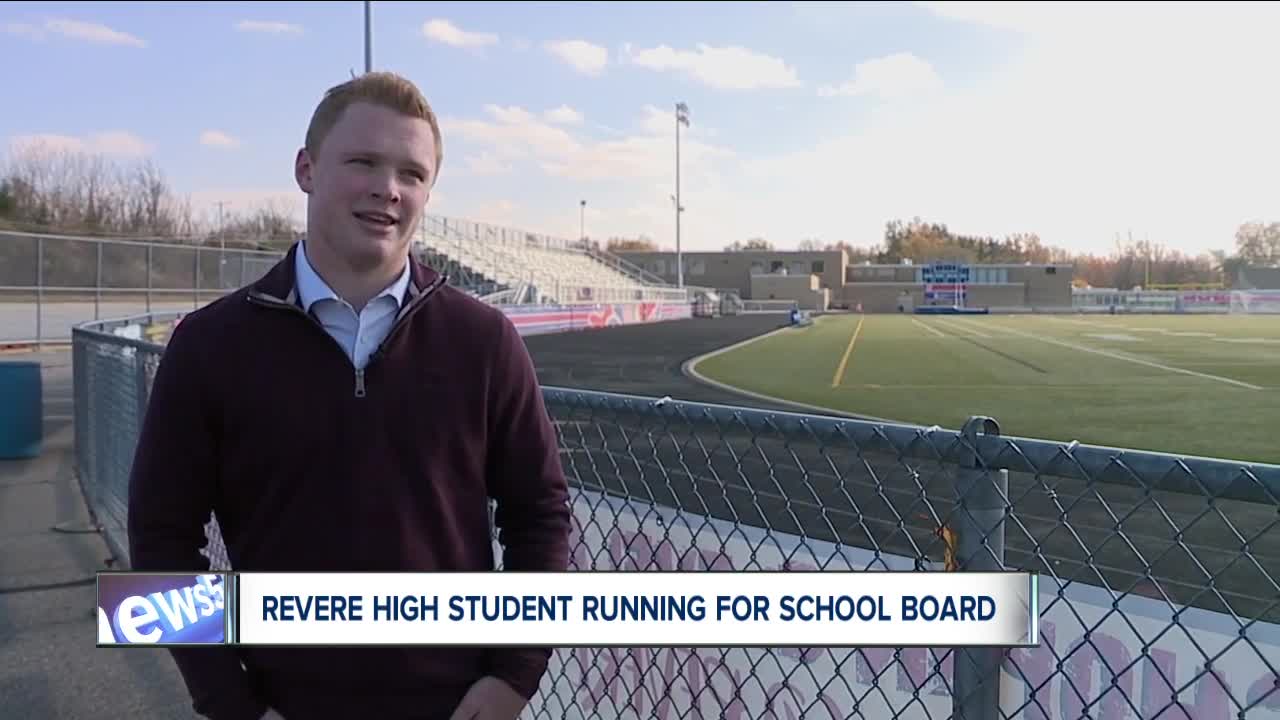 Mike Kahoe is only 18-years-old, but his age isn't slowing him down in his race to be the newest member of the Revere Board of Education. 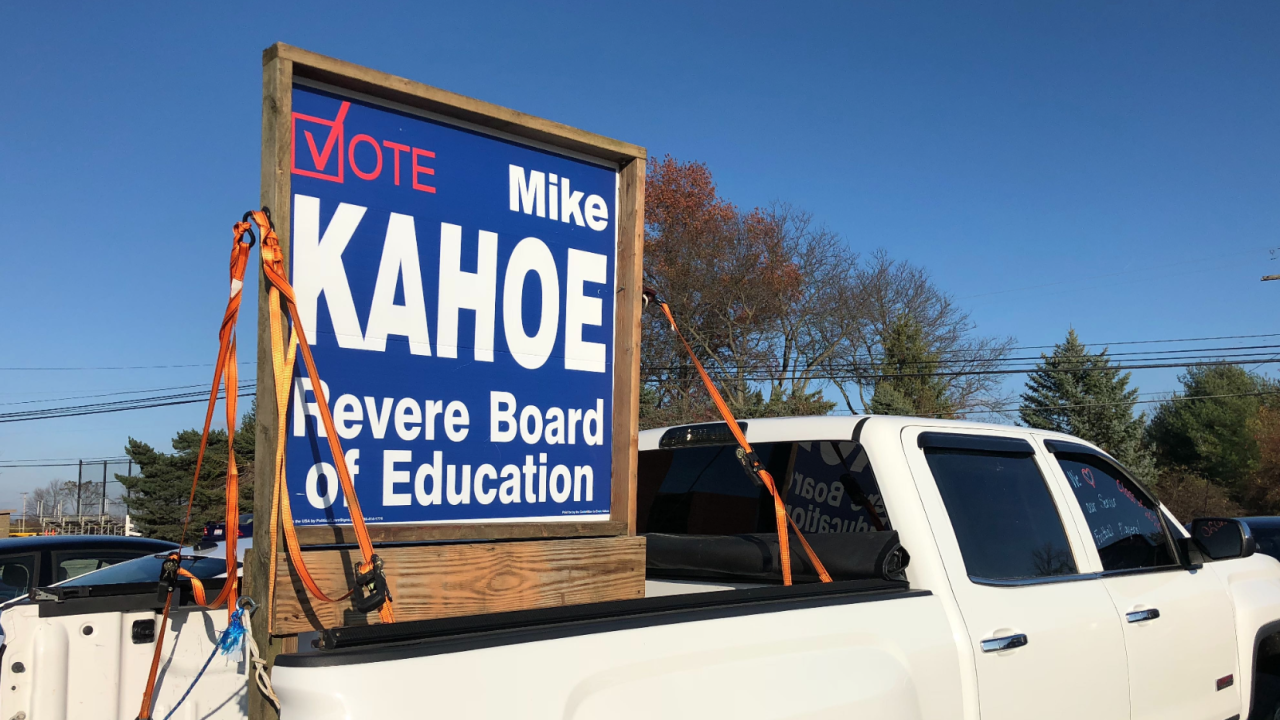 RICHFIELD, Ohio — Mike Kahoe is only 18-years-old, but his age isn't slowing him down in his race to be the newest member of the Revere Board of Education.

Kahoe drives around in his pickup truck, with a huge campaign sign in the back. He said that's not his only good idea.

"I have a three step plan to increase transparency," Kahoe said.

Some people believe Kahoe isn't old enough to run, but many warm up to the idea after meeting him.

"Sometimes I get a bit of a weird look, but I found that after I talk them or I talk to the people, I actually have conversations with them, they grow to like me," Kahoe said. "Yeah there's people who think I shouldn't be doing this, they think I'm too young."

The Revere High School senior played football since before he was in kindergarten. He's also involved in student government and he's class vice president.

Kahoe said that things would work out perfectly if he gets one of the three open spots on the board since he already has plans to stick around.

"I'm going to go to school locally so that I can do the job of a board member and also go to college," Kahoe said.

Kahoe isn't the only school board candidate with credentials and his opponents definitely have him beat on one thing—age.

Eric Brown has more than five decades on Kahoe.

"You've got to give Mike full marks for his enthusiasm, for his interest," Brown said. "Obviously I think my experience and background, 40 years with a major international corporation both here in the U.S. and Canada, I bring a perspective that unfortunately Mike hasn't earned at this time."

Greg Maulvin brings 15 years of his own experience, but he loves what his much younger opponent is doing.

"I'm really encouraged to see someone, Mike at his age, showing so much enthusiasm," Maulvin said.

Kahoe said he's excited about the election and hopes his age is seen as valuable.

"That's exactly why I'm running—because I'm young and I understand things that other board members couldn't because they're not in school right now," Kahoe said.