Myers Industries decides not to leave Akron after all 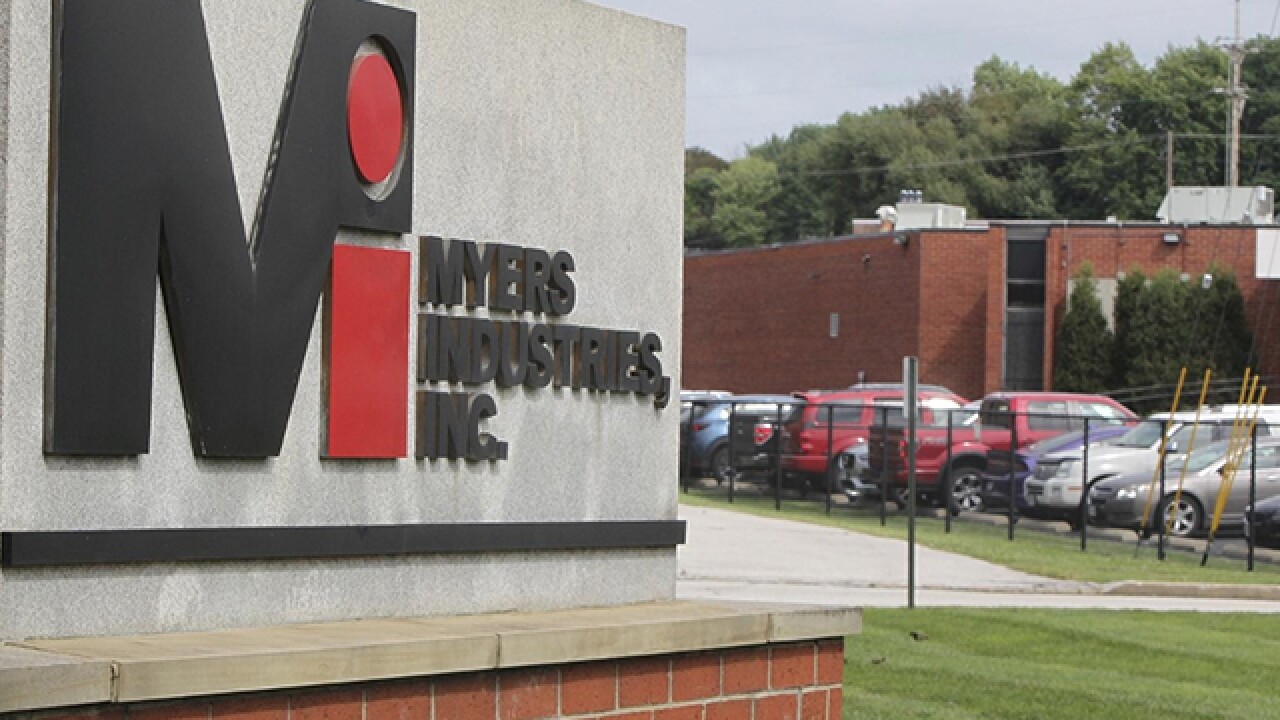 Copyright 2018 Scripps Media, Inc. All rights reserved. This material may not be published, broadcast, rewritten, or redistributed.
<p>Myers Industries Inc. has decided to relocate on South Main Street rather than move to Cleveland. Photo courtesy of Karen Schiely/Beacon Journal/Ohio.com</p>

Myers Industries, Inc. decided to stay in Akron after preivously considering moving its offices to Cleveland.

The manufacturer of plastic parts and tire tool distributor said executives decided not to take 120 white-collar jobs out of Akron, according to the Akron Beacon Journal.

In September, Myers said it planned to move into a 40,000-square-foot space at North Point Tower near Lake Erie.

In a statement, the company said it determined the costs associated with the move would be higher than anticipated.

The company says construction is on track and the space will be ready by Nov. 15.