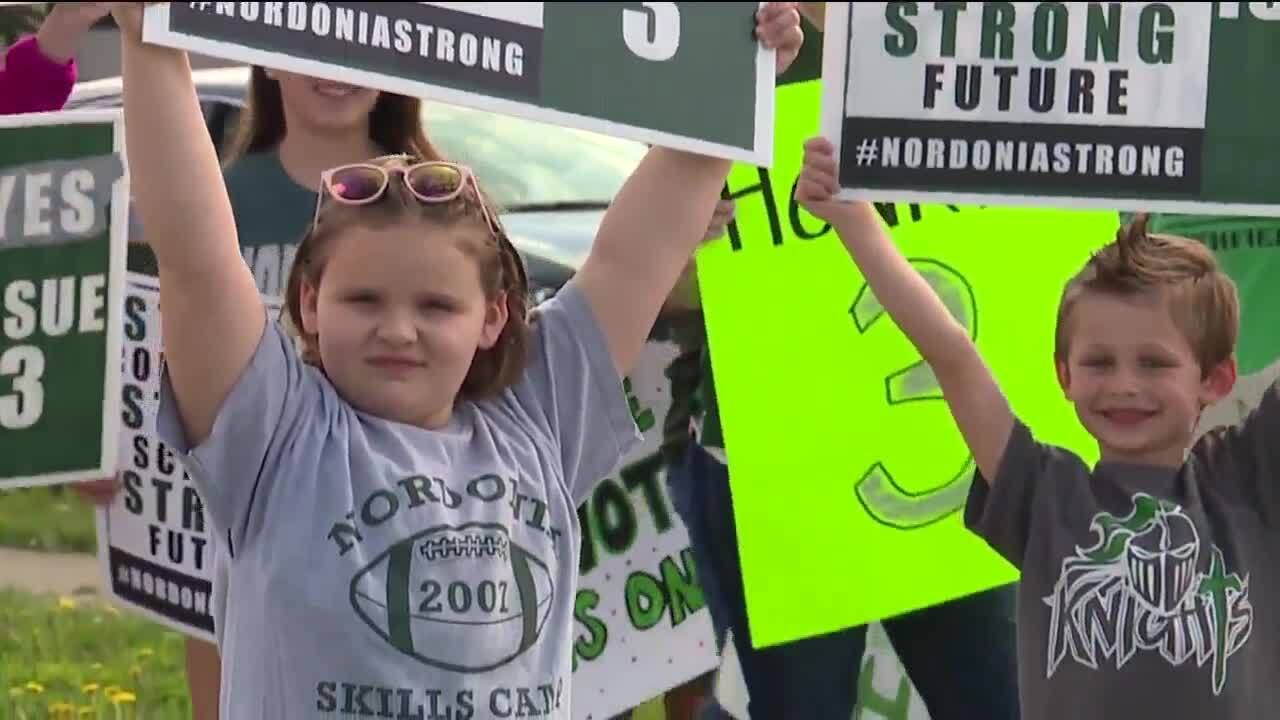 SUMMIT COUNTY, Ohio — Nordonia Hills Schools in Summit County is claiming victory on a ballot question for a renewing a tax levy to help fund the district.

RELATED: View live election results as they come in here

As of 9:20 p.m., election results showed 61 percent of voters approved the measure, with 39 percent opposed. Results were still coming in at that time.

A similar levy failed in November. After that, 38 employees, including nine teachers, were told they would be laid off and busing would be eliminated for about 2,300 students.

The workers will get their jobs back if Issue 3 passes on Tuesday, Clark said.

If the levy is approved, the district hopes to increase safety measures at schools.

"We know that mental health is one of the biggest issues when it comes to school safety and we would like to add some more counselors," Clark said.