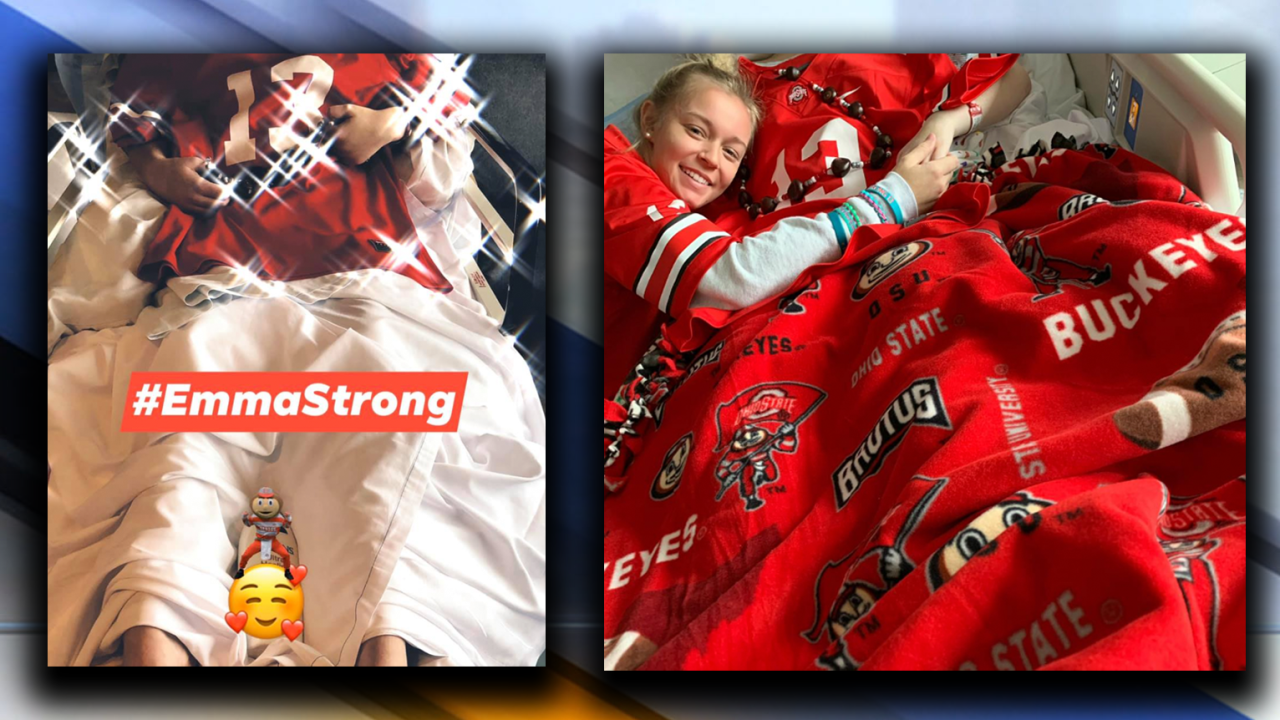 AKRON, Ohio — Norton cheerleader Emma Pfouts has already found her way back to cheering for a team she loves, according to an update her mother Christina Weigand shared on Facebook Saturday afternoon.

Emma fell critically ill after suffering an asthma attack at her school’s homecoming dance. The 16-year-old was in a medically induced coma for three weeks and is still recovering in the hospital.

Weigand shared photos of Emma decked out in Ohio State Buckeyes gear before the big game against Michigan. She said Emma had been up and sitting in her chair for more than an hour.

The teen recently underwent a “life-changing” surgery at Akron Children’s Hospital, but has been fighting an infection and neuro storming, a disorder that can result in rapid breathing, sweating, agitation and abnormal posturing that is commonly seen in patients with brain injuries.