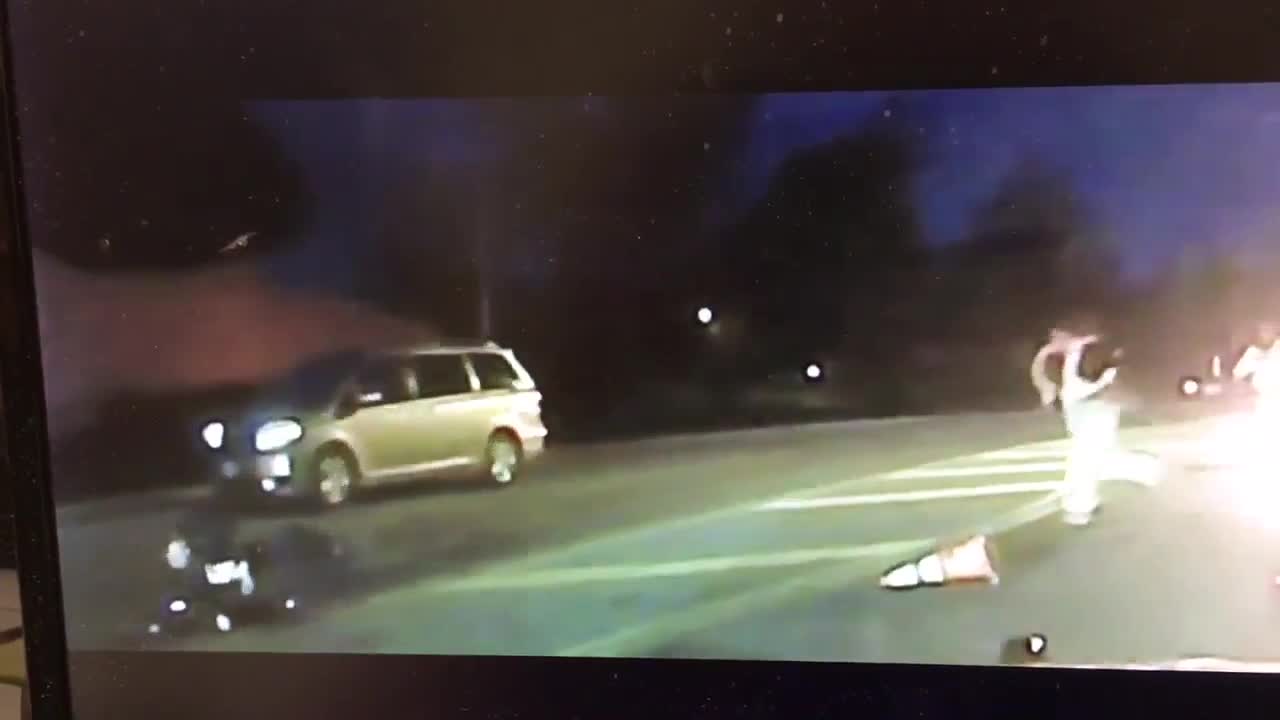 Police released video from the scene where an officer was struck by a vehicle in Macedonia Saturday night.

MACEDONIA, Ohio — Police released video from the scene, which can be viewed in the player above, where an officer was struck by a vehicle in Macedonia on Saturday night. Warning: The impact is jarring to watch.

Officer Brandon Heisler was in the road directing traffic while handling a crash that occurred on State Route 82 east of Shepard Road.

Heisler was turned around when the car struck him from behind. Police said the driver was not paying attention when that individual drove into the area, part of which had been coned off by the fire department.

Heisler suffered a broken ankle, which will likely require surgery.

It is unknown if the driver is facing any charges at this time.