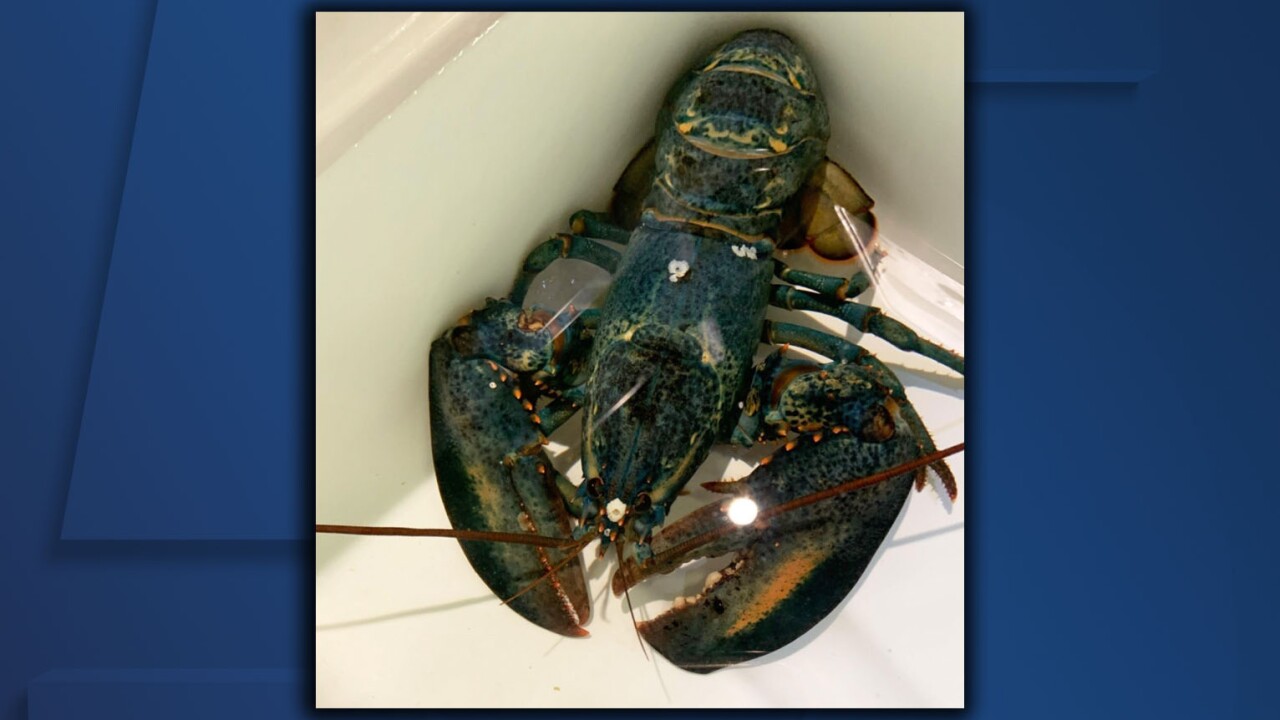 AKRON, Ohio — A rare blue lobster now calls the Akron Zoo home after almost becoming an entree at a Red Lobster restaurant in Cuyahoga Falls, according to an article by News 5 media partner Akron Beacon Journal.

A Red Lobster employee noticed the blue color of the lobster and reached out to the Akron Zoo on Friday to give the crustacean a second chance and a new home, ABJ reported.

The lobster will eventually be on display in the Komodo Kingdom building, which is currently temporarily closed to the public due to COVID-19, according to ABJ.

According to the University of Maine Lobster Institute, the likelihood of catching a blue lobster is about one in 200 million.