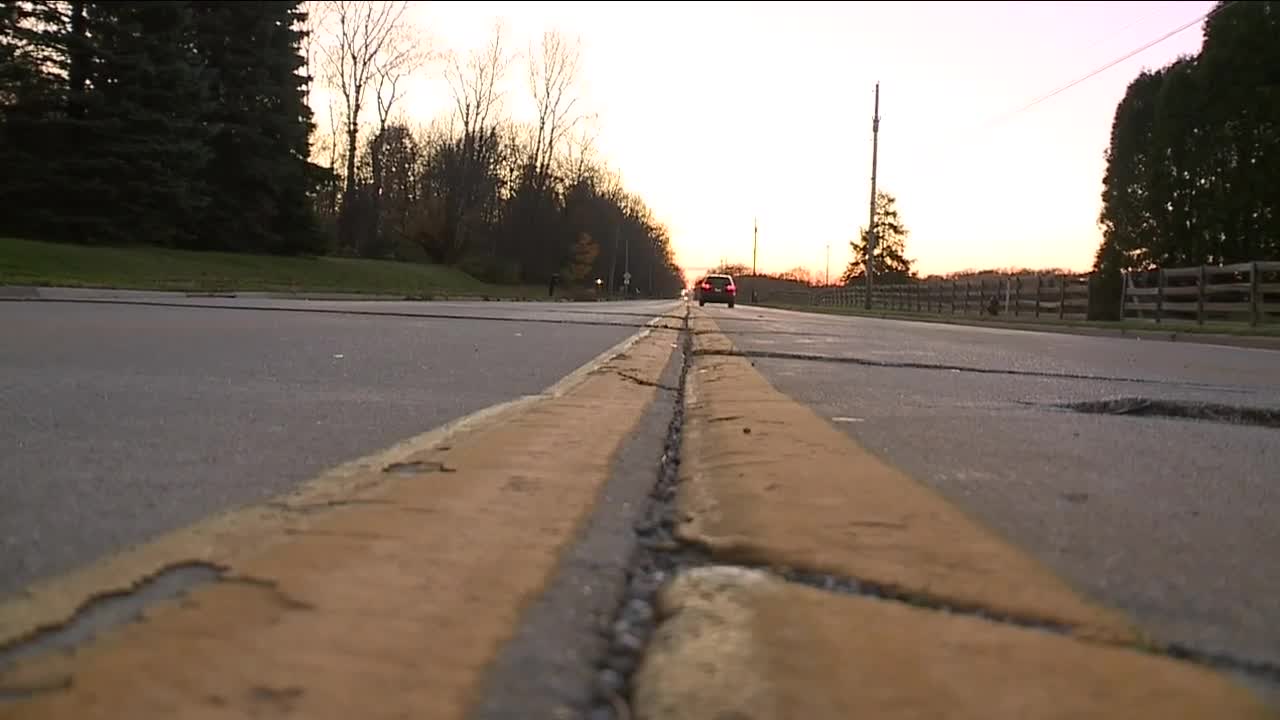 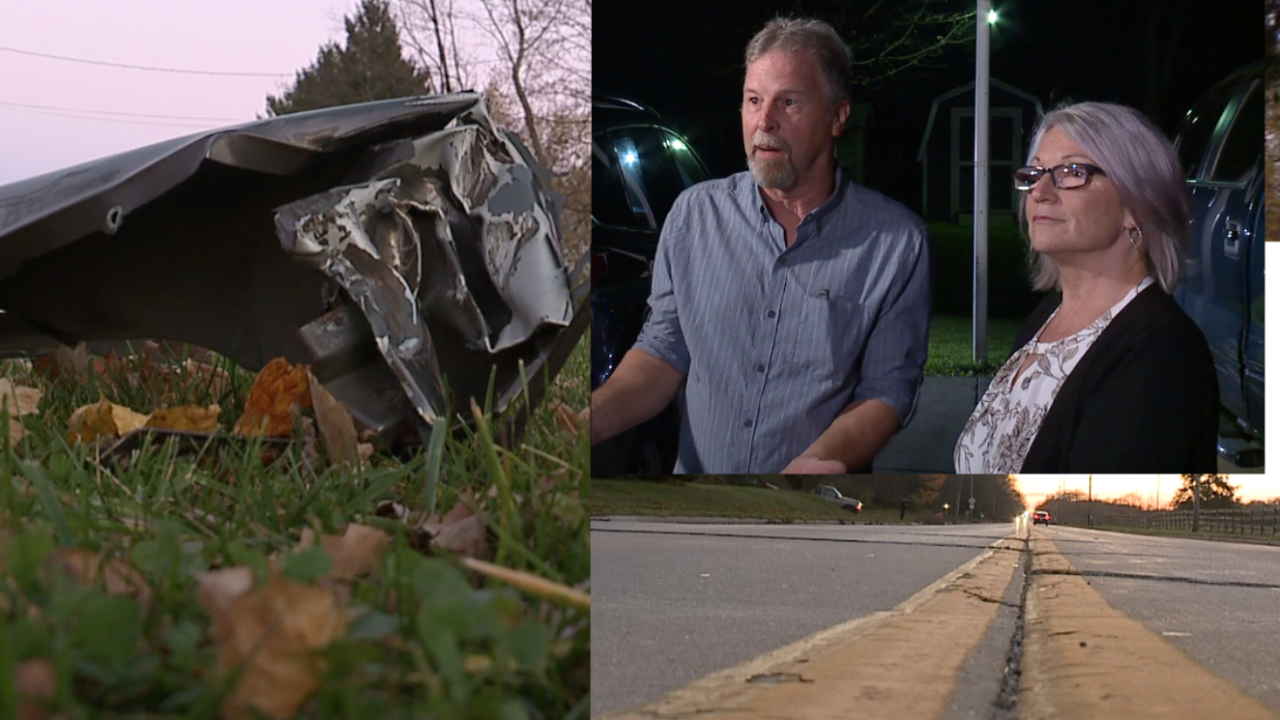 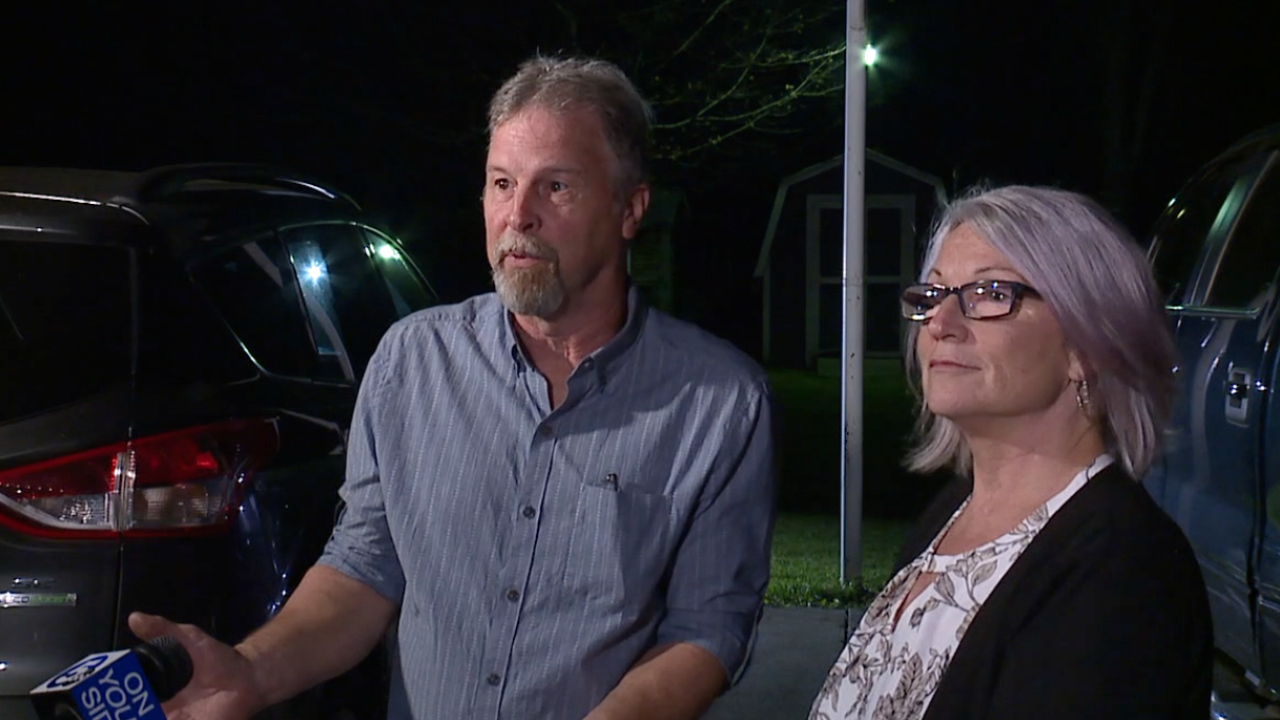 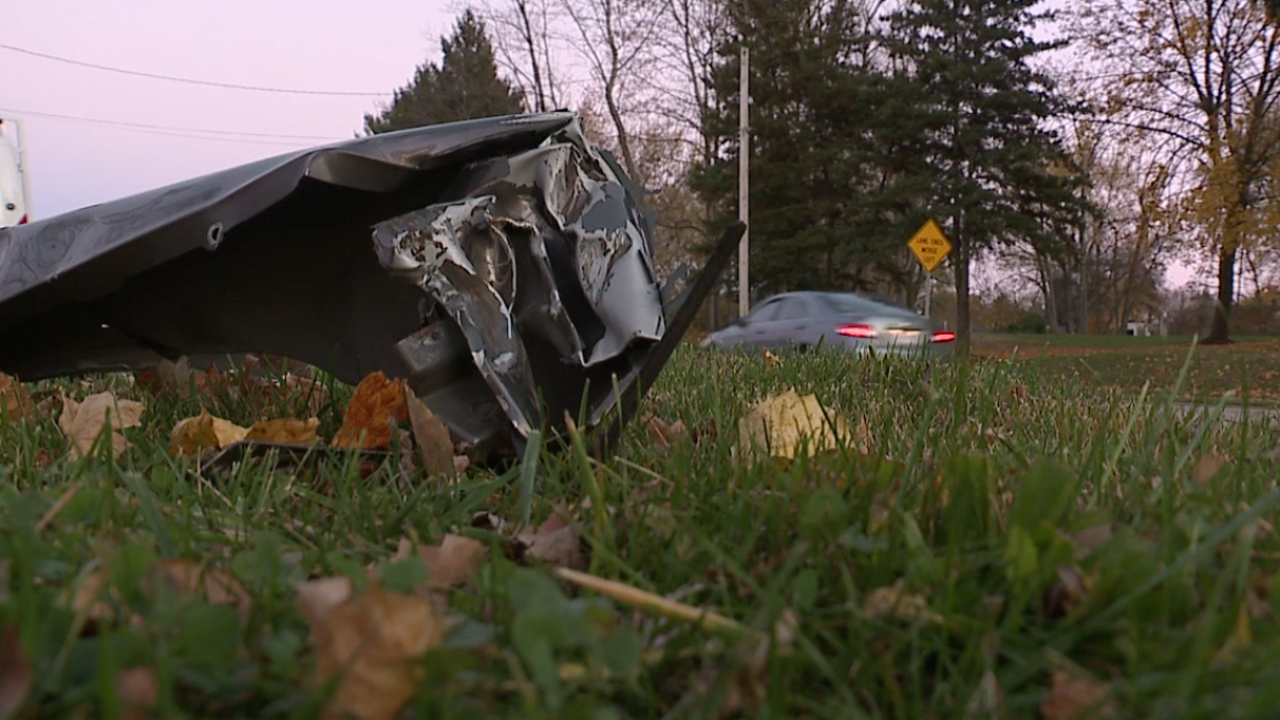 TALLMADGE, Ohio — Theresa and Kevin Moore believe they are lucky to be alive after their truck was hit by another vehicle that crossed the double yellow line on Howe Road on Nov. 8.

Theresa Moore said there were three young adults in the car that hit them, who police say left the scene of the accident moments after the collision.

Moore and witnesses told News 5 those in the vehicle threw empty beer and alcohol cans out onto the street and swapped drivers before they drove away.

She said a witness followed the vehicle and contacted Tallmadge Police, who later caught up with the car in a park a mile from the accident scene.

However, Moore said police only issued a citation of driving left-of-center to the driver and let them leave the scene without a through sobriety check.

"I am very, very upset, and I was sick all day yesterday, physically sick after the accident," Moore said.

“I have never in my life felt so let down by the police ever, I always had faith in the police.”

Kevin Moore said the driver told police he was having a problem with his power steering, which caused the collision.

“I heard the squealing tires and I saw him coming at us, and my first reaction was to swerve out of the way," Moore said.

“I’m just thankful that nobody got hurt, somebody could have been seriously injured, it wasn't just a simple crossing of the line, they were clearly out-of-control.”

“You’re going to let them leave driving a car that has mechanical failures, I don’t even know what to say."

Chief Williams admitted proper protocol was not followed and said it was not a good day for the officer involved.

Williams said his office is conducting an investigation into the incident and said by Nov. 11 he should have a full evaluation as to whether charges will be filed, including leaving the scene of an accident.

News 5 is not naming the driver and the two passengers involved, ages 19, 21, and 25, because so far they have not been charged.