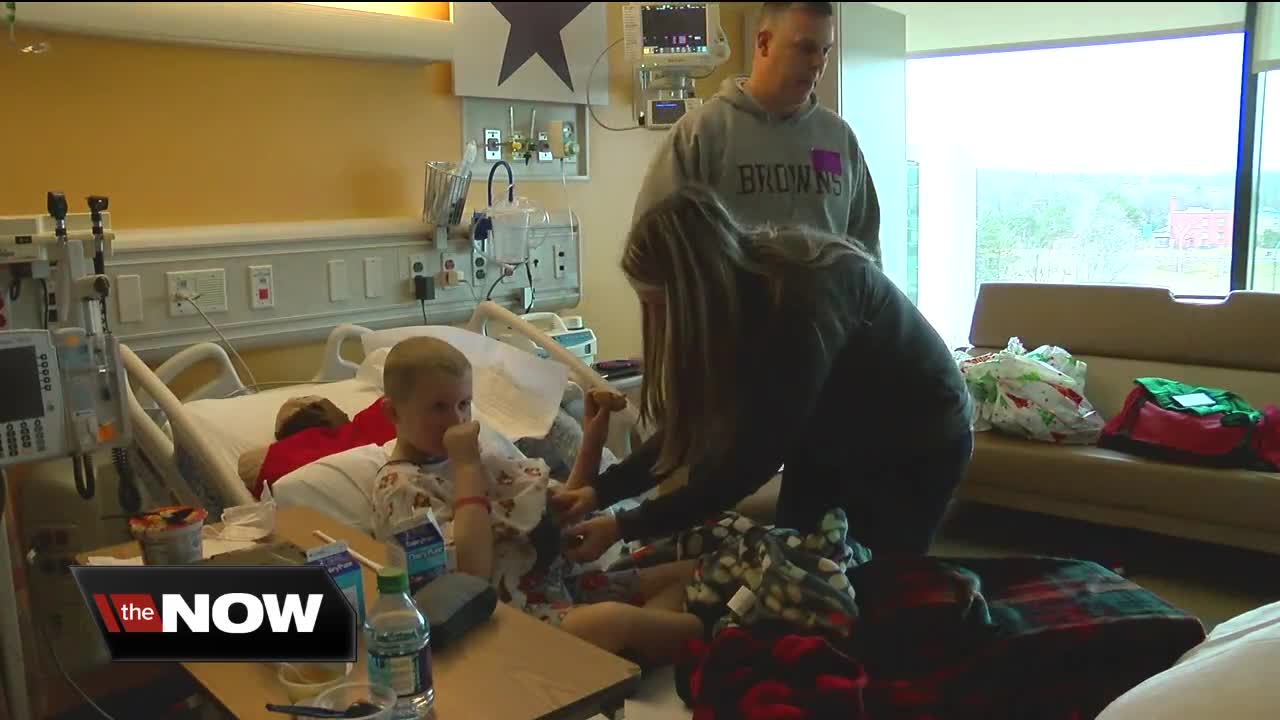 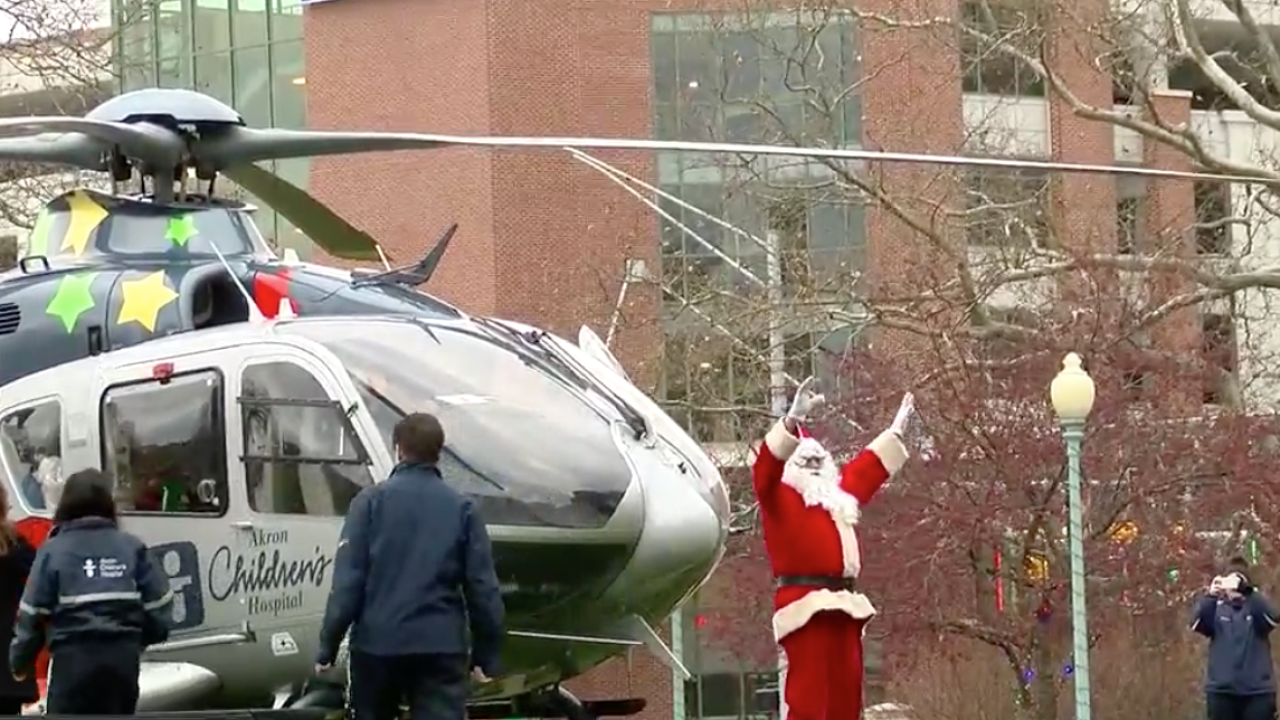 CLEVELAND — The holidays aren’t always a joyful time. For some families, it’s full of hospital stays and medications. Each year, nearly 16,000 kids under the age of 19 are diagnosed with cancer and among them are children who, instead of opening presents under the tree at home, will be sitting in their hospital room.

That’s until Akron Children’s Hospital decided to invite a special guest in on Christmas Eve.

Ditching the sleigh, just for one day, the man in the red suit dropped down in style.

He flew down in Akron General’s Life Flight Helicopter-Air Bear.

“This place becomes alive,” Considine said, knowing how patients have responded to this special event over the past 15 years since they’ve been doing it.

Carolers were brought in for an extra touch. His purpose, much like the Claus we know, was to spread holiday cheer and of course, bring gifts to kids who need it the most this time of year.

“Just their joy of seeing Santa come, just to brighten their day, and knowing that they’re going through so much,” said Angela Oprean, whose 7-year-old son Grady Oprean has been in the hospital for a few weeks now.

Since birth, Grady has been in and out of the hospital battling diabetes, Celiac disease, and this past April, he was diagnosed with leukemia.

His mom, staying strong, even during the holidays.

“He’s looking for me to be able to help him through everything and be his rock, and I am,” Oprean said.

And his family is determined to not let his circumstance dictate their holiday spirit.

“At the end of the day, it’s his health that comes first, but if we can make it home for Christmas that would be ideal,” said Oprean.

In fact, all year Grady says he hasn’t been on Santa’s naughty or nice list, but a whole different list altogether.

And his one wish for Christmas, you might ask? It wasn’t a toy, and it wasn’t clothes. It was something much more meaningful, something others like him, may want to.

“I want a potion to give me the life to be normal, like all the other ones,” he said.

“I know it’s impossible to get potion like this, so Santa he might have to work his hardest to get it,” he said.