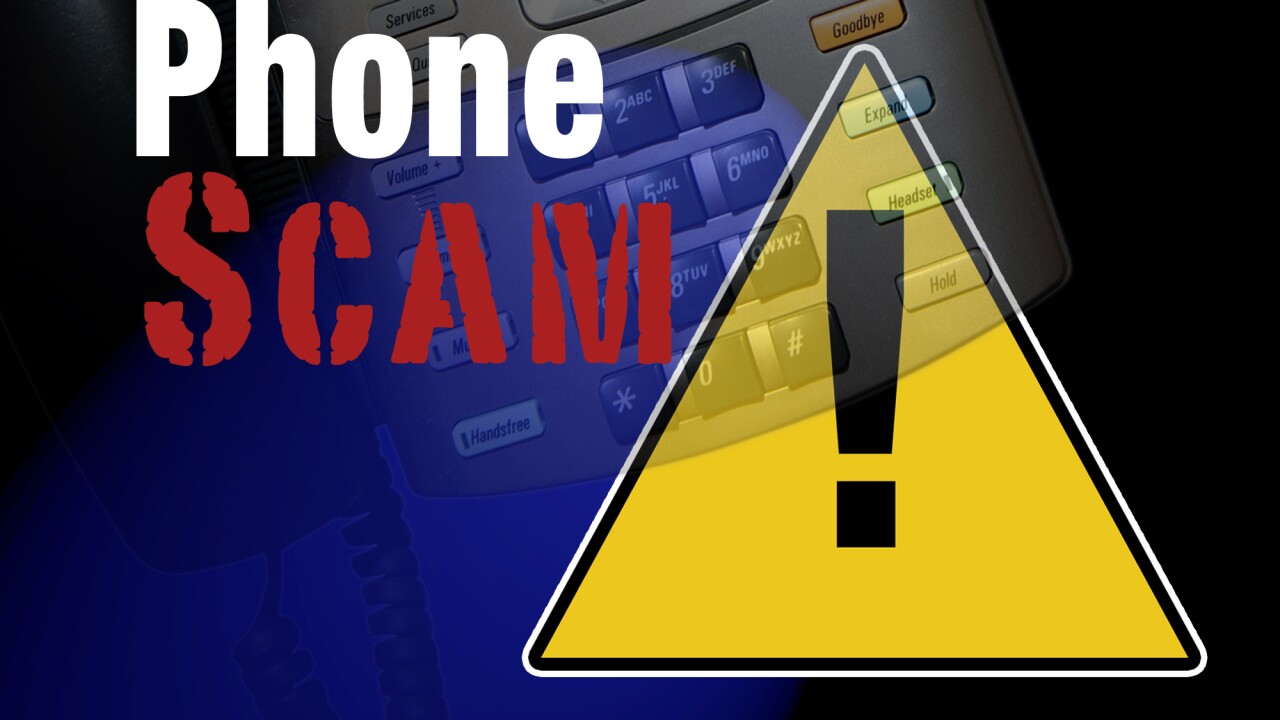 MACEDONIA, Ohio — A 66-year-old woman was scammed out of more than $30,000 by a man claiming to work for the Drug Enforcement Agency, according to Macedonia police report.

According to the police report, the woman received a call from the number 430-218-1291. The caller identified himself as a DEA agent and told her that her driver’s license number Social Security number were located in a vehicle that authorities found in Texas with a large amount of drugs inside.

The caller asked the woman to confirm her Social Security number and told her that in order for the DEA and federal government to “protect her information and accounts,” she would need to wire money to an account, the report stated. The caller told the woman that once he received the wire transfer, he would withdraw the cash and place it in a safety deposit box for her so the “courts or drug dealers” wouldn’t have access to it.

After the call, the woman went to her bank and wired $33,000 to the account number she was provided. Following the transaction, the woman received another call from the scammer requesting more money, the report states. A second person got on the line and explained to the woman that he was an attorney working with the federal government. The alleged attorney told her she would need to send the government about 80% of her savings. The woman told the scammers that she would need to first contact her financial adviser.

The report states that woman's financial adviser told her she was a victim of a scam and advised against sending the callers any more money. The woman called the scammers back, and told them she wasn’t going to be sending them money. The scammers yelled at her until she hung up the phone.

The woman told her roommate about the incident, and the roommate convinced her to go to the police.