Controversial assignment asks students to rank 'most deserving' to save based on race, religion, sex 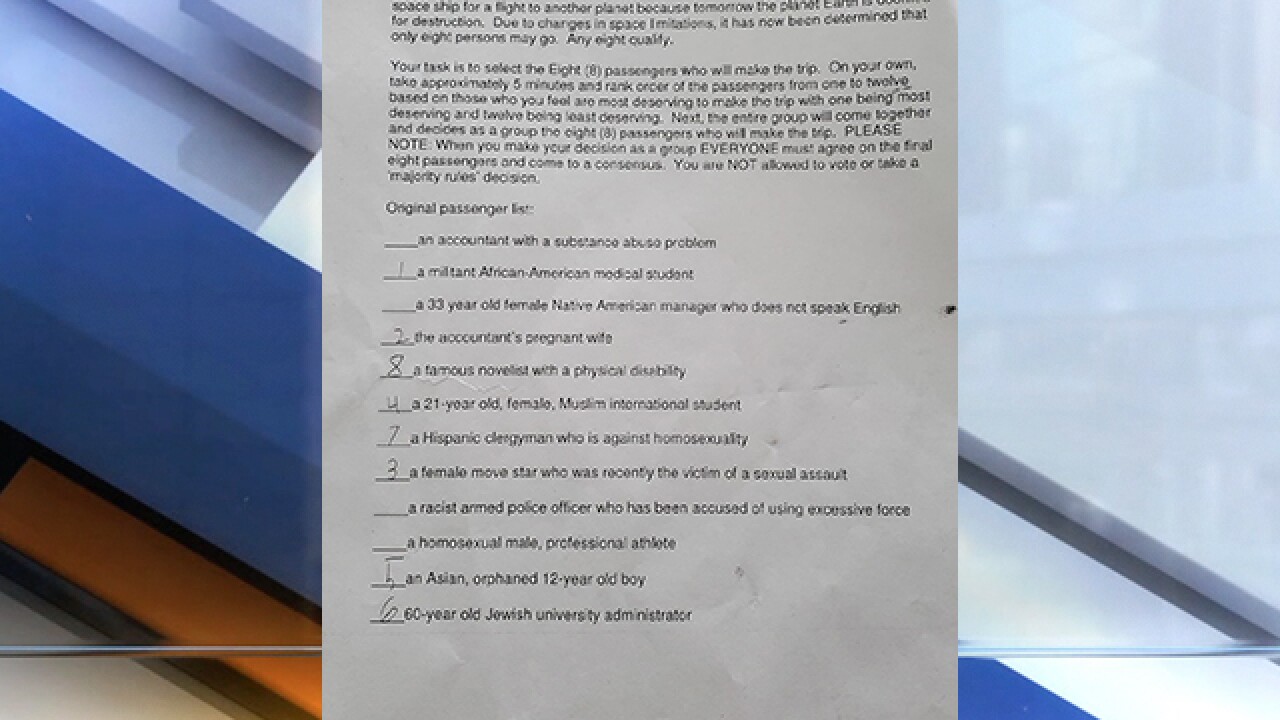 In an assignment given out at Roberts Middle School in Cuyahoga Falls, students had to choose who they felt were "most deserving" to be saved from a doomed Earth from a list based on race, religion, sexual orientation and other qualifications.

The assignment, called Whom to Leave Behind, asked students to rank the 12 people from "most deserving" (1) to "least deserving" (12). Only eight of the twelve could be saved.

The descriptions of the 12 people are as follows:

"It was a sincere conversation, and I encouraged the continued discussions on this topic," Miller wrote.

Miller said the teacher will be removing this assignment from future lessons. Miller also said he feels this was inappropriate for young students.

"It's implanting prejudicial thoughts in these young impressionable minds. This is NOT building a 'culture of caring,' this is building a culture of animosity, antagonism and hostility," Miller wrote.

Specific teacher assignments are generally not pre-approved; however, they are expected to reflect the course curriculum. We have a meeting scheduled with the teacher, union representation, principal and central office administration for Monday.  The District will issue a formal statement thereafter.