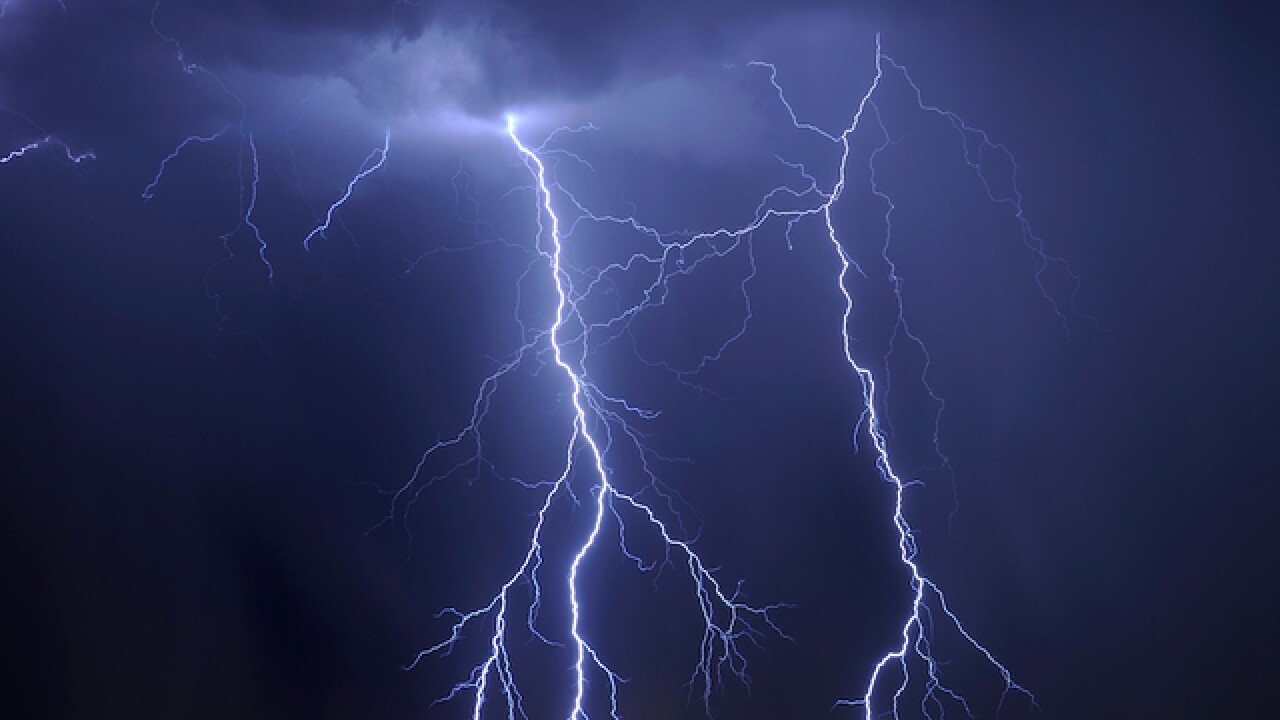 A severe thunderstorm warning is in effect for Summit and Stark counties until 4:15 p.m. Friday.

According to the National Weather Service, a severe thunderstorm was located over Green, or seven miles south of Akron, moving south at 10 mph.

Hazards include 60 mph wind gusts and penny-size hail, the alert states. The organization said to expect damage to trees and power lines.

The NWS advises residents to move to an interior room on the lowest floor of a building.