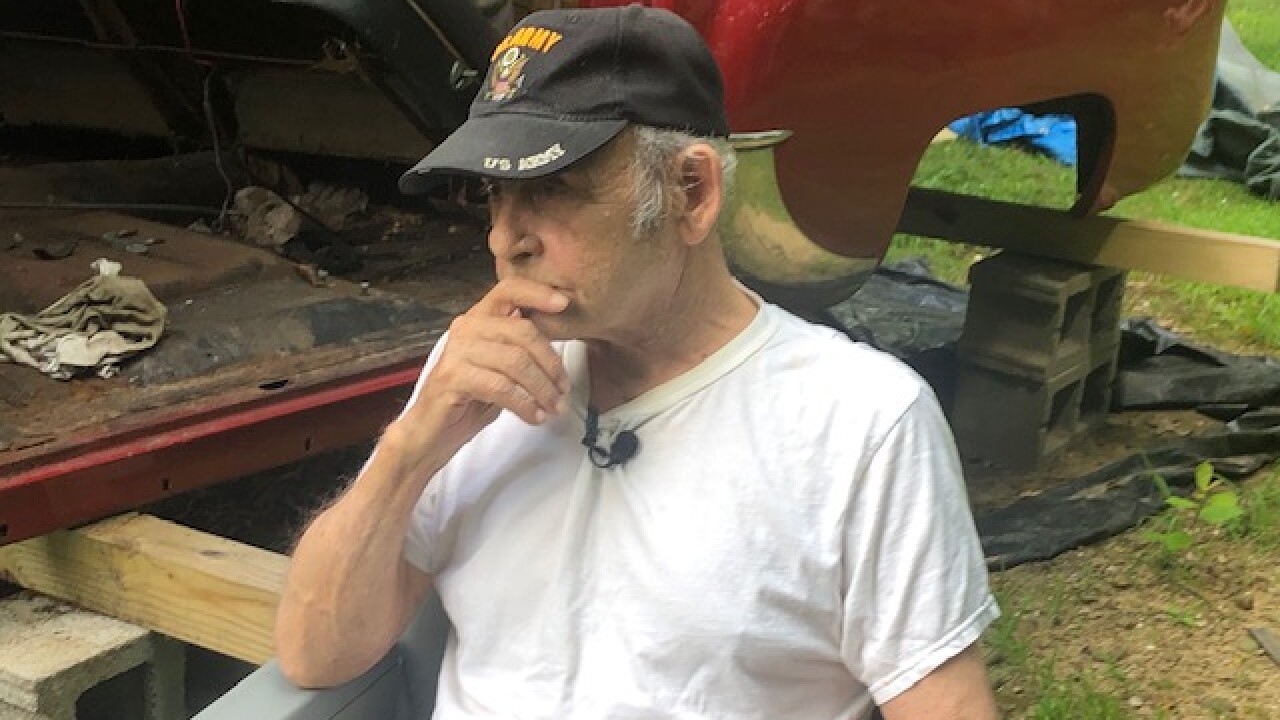 MUNROE FALLS, Ohio — A man who wanted to ride a 1953 Chevy Bel Air before dying has passed away.

Charles "Chick" Williams, 74, had cancer and a vascular circulatory diseases. His wife, Gale, posted a touching message on Facebook hoping someone in the classic car community can help fulfill a last wish.

His left leg was amputated earlier this year.

He was supposed to get his dying wish granted on Sunday.

A car cruise was going to be held with two '53 Chevy Bel Air's for Williams to ride in, as well as the Cuyahoga Falls mayor was going to honor the veteran.

Instead, the event will be held in his memory.

For more information on the event to honor Williams' memory, click here.