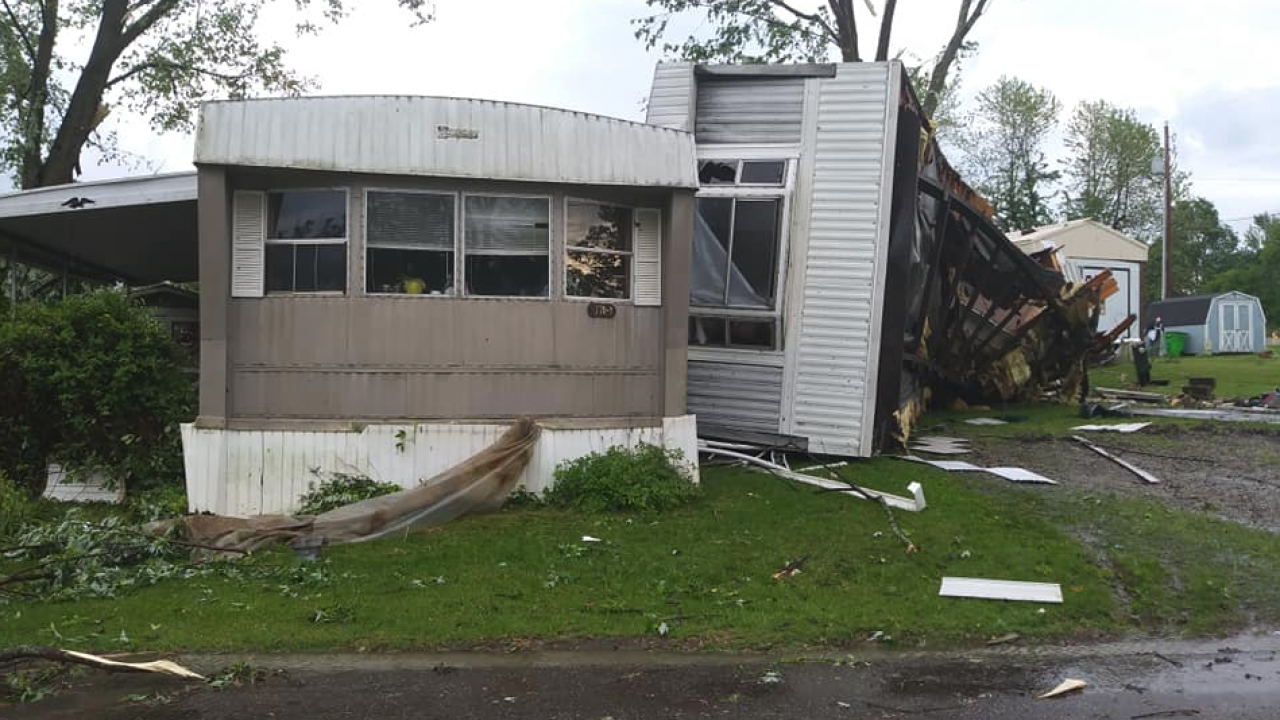 CARROLLTON, Ohio — A tornado touched down in Carrollton, Ohio during storms that hit the Northeast Ohio area Saturday.

The National Weather Service confirmed an EF1 tornado went through the village.

EF1 tornadoes are classified by the National Weather Service as having wind speeds of 85-110 mph.

During the storms, tornado sirens were sounded by the Tuscarawas County Sheriff’s Office after someone spotted a rotation on the west end of New Philadelphia, according to deputies.

No one was injured, authorities said.