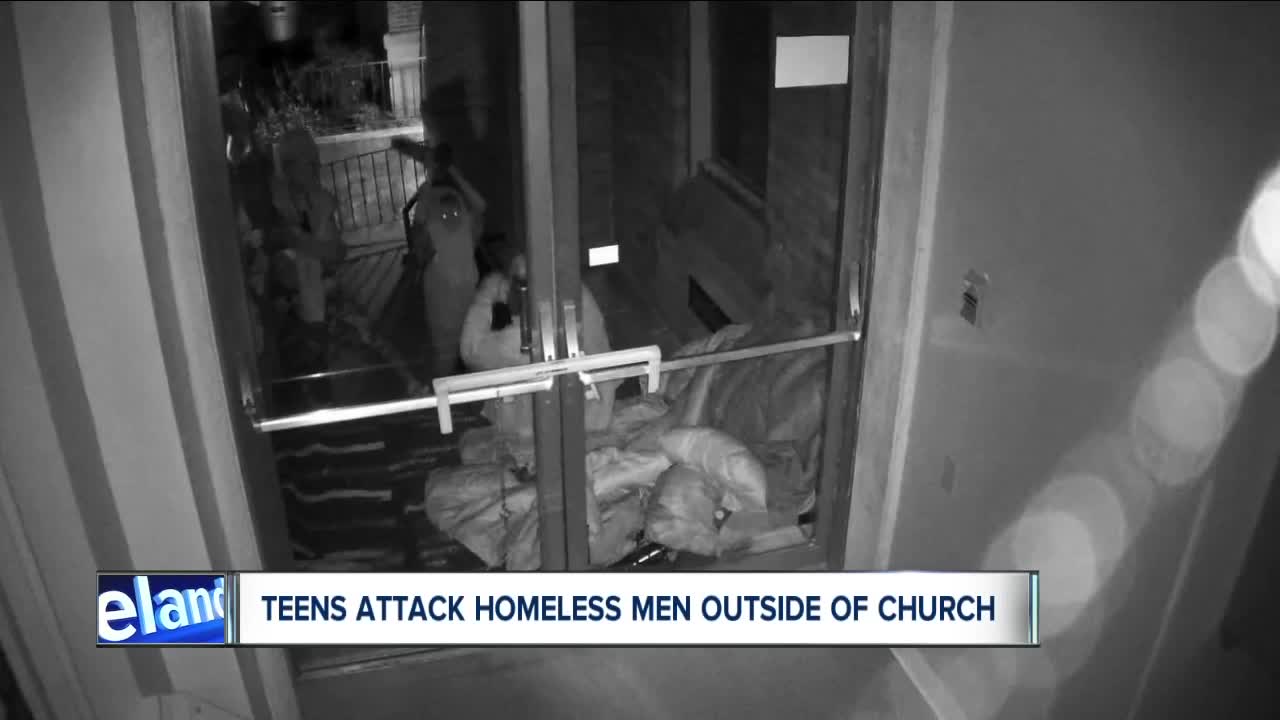 Two men sleeping on the outside steps of a church in Wooster were attacked this week by three teens armed with rocks and baseball bats, according to police. 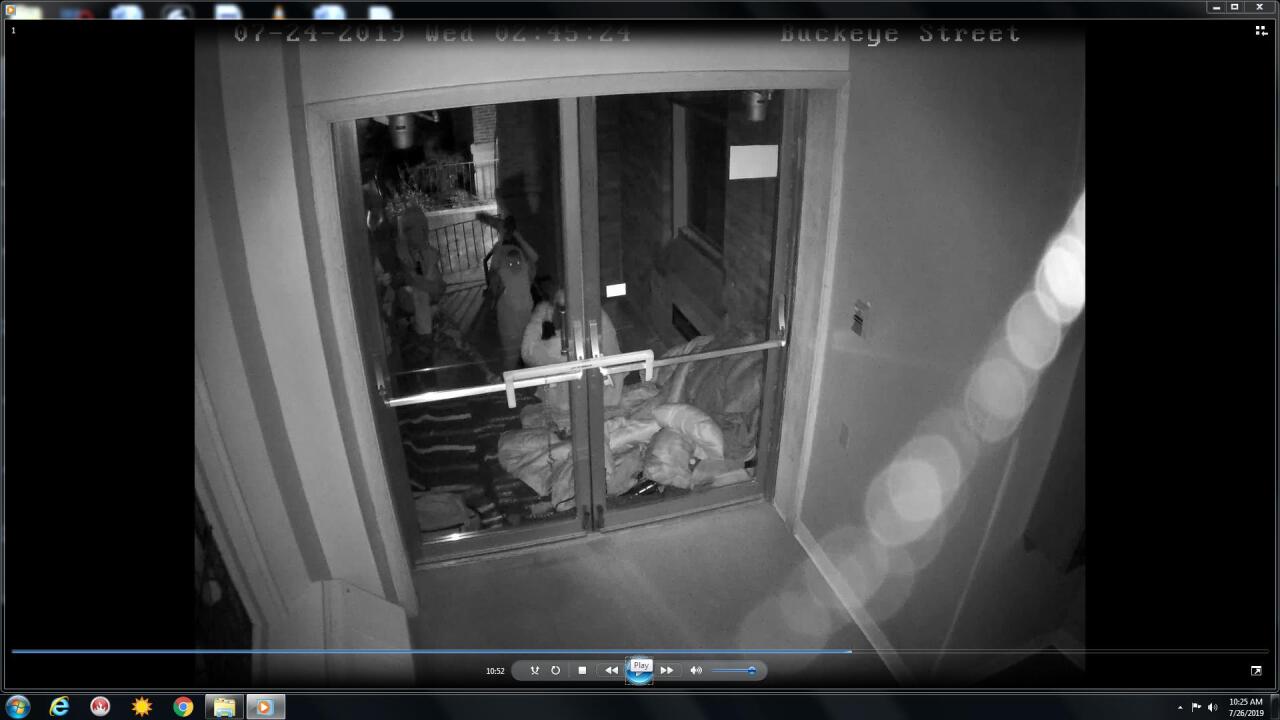 WOOSTER, Ohio — Two men sleeping on the outside steps of a church in Wooster were attacked this week by three teens armed with rocks and baseball bats, according to police.

The incident happened Wednesday morning on the steps of Trinity United Church of Christ on East North Street.

"It’s terrible and I still don’t know what to think, how something like that could happen," Pastor Kevan Franklin said.

According to police, the 33-year-old man and a 39-year-old man were awoken by three teens who approached and started throwing rocks at them. The teens then took turns striking the men with baseball bats.

The attack was caught on a security camera.

Pastor Franklin said he knows the victims well. Both of the men were hurt and one of them required medical attention.

"Probably my friend who was on the steps was hurt the most," Franklin said. "He had a swollen right arm, a swollen left leg, he had to have stitches in his elbow."

The men told Franklin they believe they were targeted because they are homeless.

"He told me that at one point one of the guys took out a $10 bill and threw it on the ground and said 'You want this $10 bill, we’ll give you $10 to fight us,' and he just kind of looked at him like what are you taking about? And he took that as a slam at him being homeless," Franklin said.

The attackers are believed to be between 14 and 15 years old.

"I’m hoping for some kind of intervention or some kind of diversion for these young men because if they’re doing this now, what will happen in the future?" Franklin said.

Anyone with information about the attacks are asked to call the Wooster police detective bureau at 330-287-5720.