Amish buggy demolished after being rear-ended by car 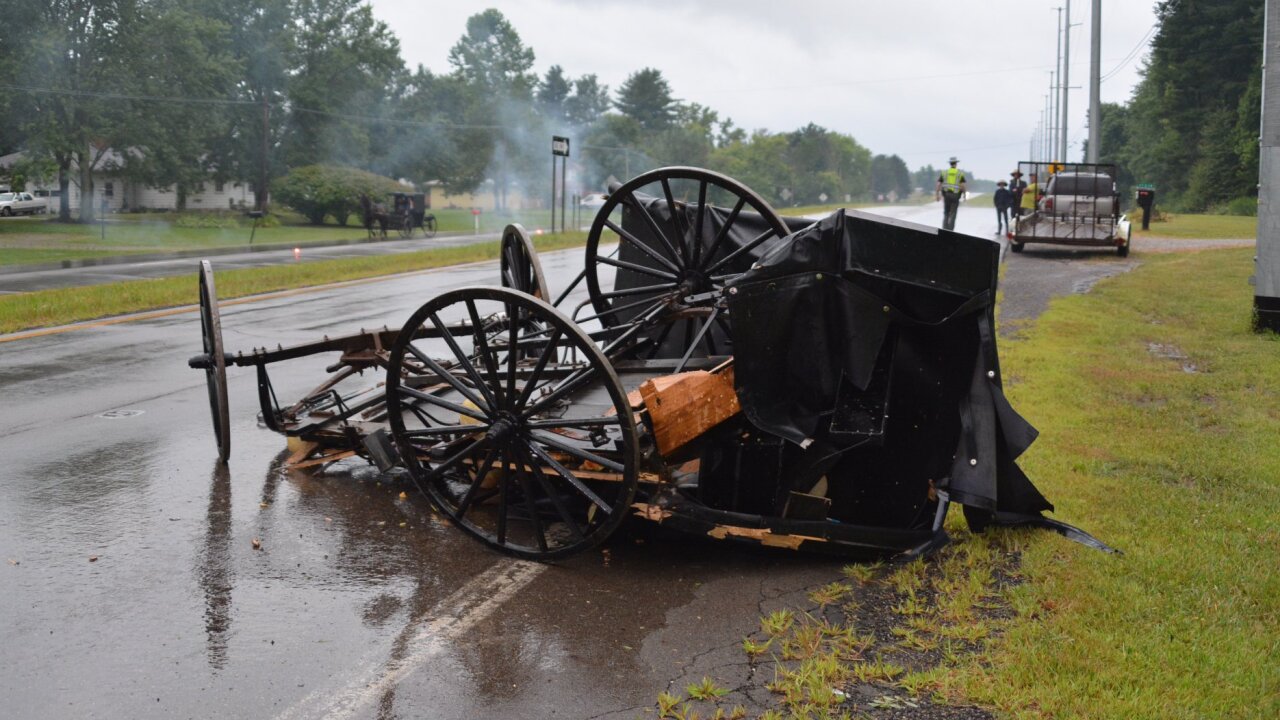 WAYNE COUNTY, Ohio — An Amish buggy was destroyed in a crash Tuesday when it was rear-ended by a man driving a car in Wayne County.

The man was driving a 2016 Subaru Legacy on State Route 42 near the Wayne County and Ashland County border when he collided with the buggy, according to the Ohio State Highway Patrol.

The buggy’s driver was treated on scene EMS. The driver of the Subaru wasn’t injured, OSHP said.

Following the crash, the horse broke loose from the buggy and headed towards its home. Troopers said they were told the animal sustained an injury to its neck and leg but is expected to be OK.

The Subaru’s driver was given a citation for assured clear distance, OSHP said.