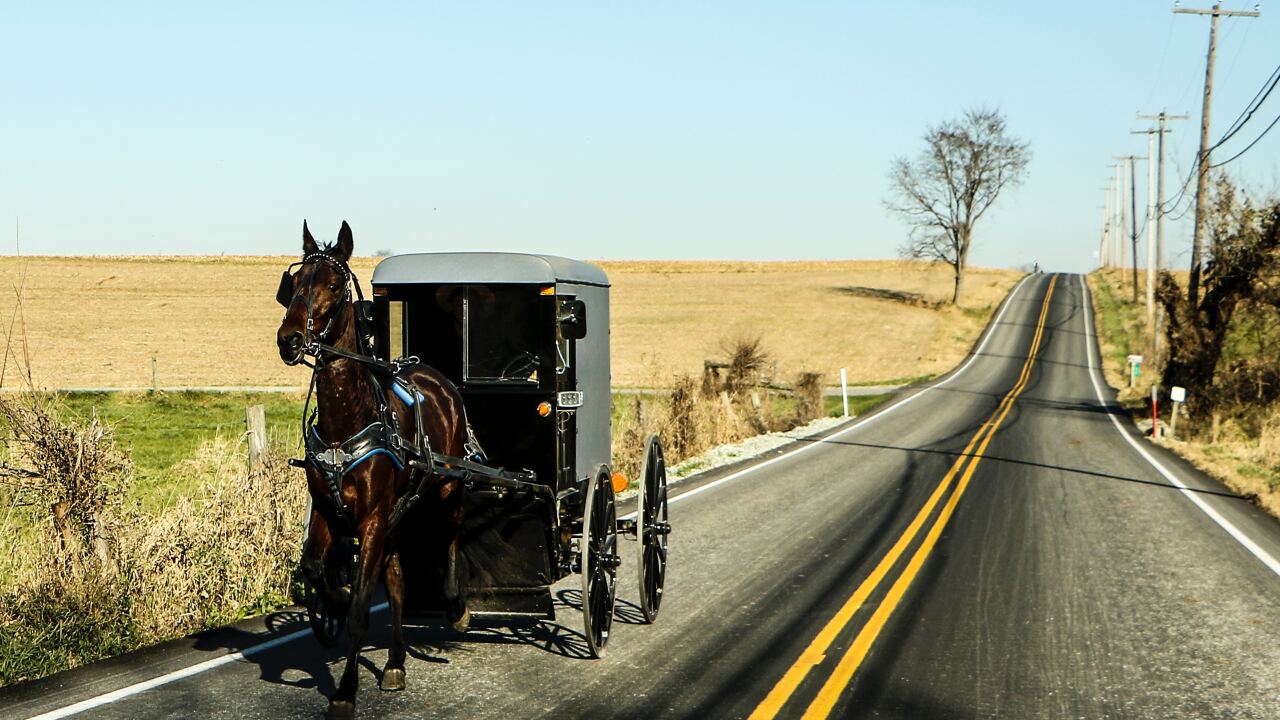 WEST SALEM, Ohio — The Wooster Post of the Ohio State Highway Patrol is looking for information after a hit-skip crash involving a buggy injured the driver and killed the horse on Saturday in Chester Township, located in Wayne County, according to a news release.

Troopers said on Saturday at about 10:23 p.m. on State Route 301 near milepost 1 a buggy driven by a 20-year-old man was struck from behind, injuring him and killing his horse.

The 20-year-old man was treated on scene by squad personnel, the release states.

The vehicle involved in the hit-skip was described as a red or brown pick-up truck with amber lights on the roof. The vehicle continued south on Elyria Road, where it left a trail of oil, according to the news release.

There were no witnesses to the crash, but anyone who has information is asked to contact the Wooster Post of the Ohio State Highway Patrol at 330-264-0575.