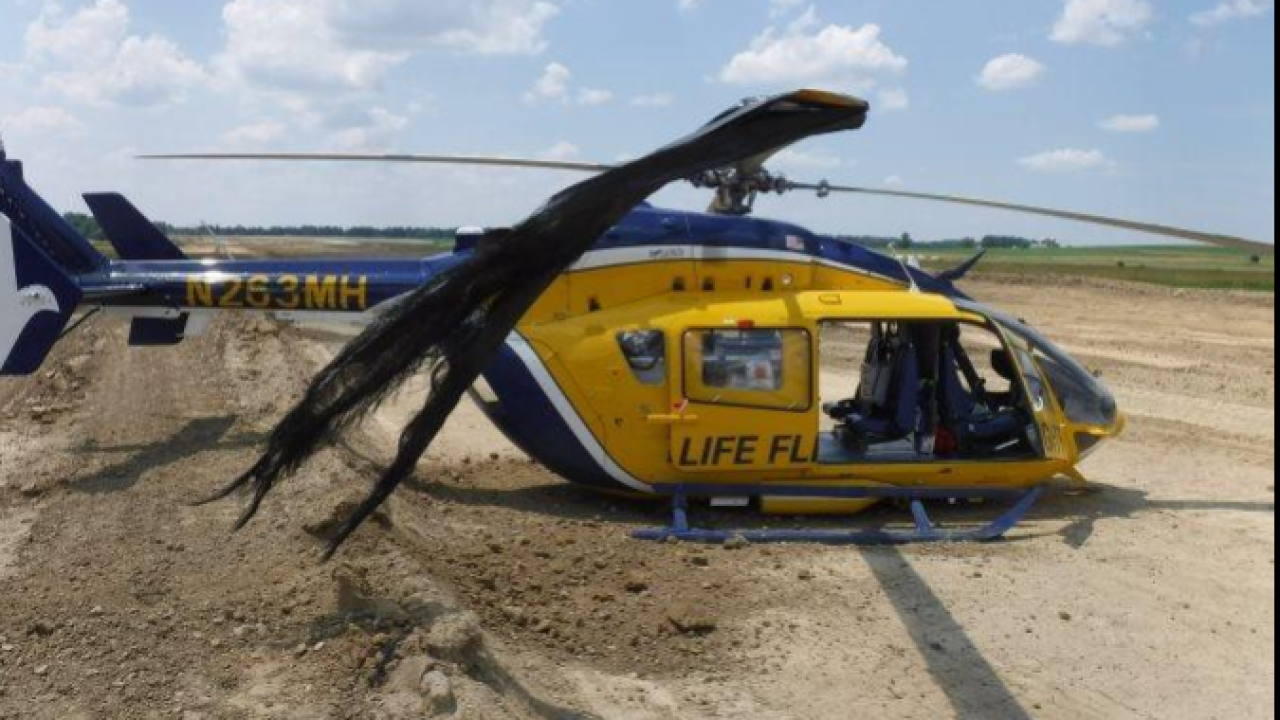 WOOSTER, Ohio — Metro Life Flight released details of a crash involving one of its helicopters on July 4 when unsecured construction debris at the Wayne County Airport were sucked into the rotors upon takeoff, Metro Life Flight said in a release Thursday.

"We have held back on public statements, out of respect for the investigative process," Metro Life Flight said in a statement.

On July 4, two pilots made an emergency landing after the debris caused a severe vibration in the rotor system, making it difficult to control.

Surveillance video showed that after lifting off a portable dolly, the helicopter turned right and briefly hovered. The helicopter went into a grassy area next to the ramp about 10 feet above the ground, where a silt construction fence was hidden by tall grass, according to a report released by the National Transportation Safety Board.

As the helicopter flew over the area, the fence became loose and blew up and into the main rotor system. This forced crews to make a hard landing. The helicopter sustained damage to the rotor blades, tail boom and fuselage, the report states.

The two commercial pilots, flight nurse, and flight physician were not injured in the crash.

"Our two pilots rapidly executed an emergency landing. Their swift actions allowed everyone on board to walk away unharmed. We also want to acknowledge the training and skill of the rest of the crew, as well as our communications specialists, who managed the response to the incident. We also thank our aviation vendor, Metro Aviation, for their unwavering commitment to safety. Our only correction to the NTSB report is that the medical crew was a flight physician and flight nurse, not a nurse and medic. We had a replacement helicopter flying the next day," Metro Life Flight said in an update on Facebook.