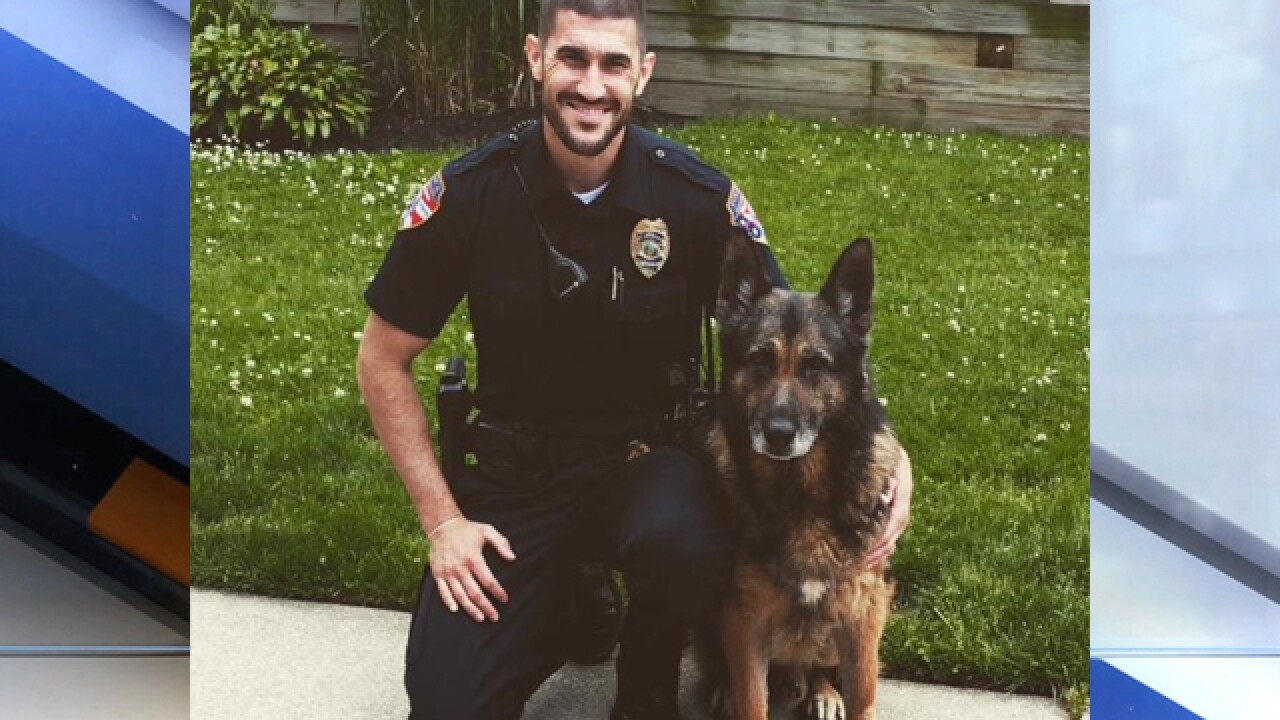 Copyright 2018 Scripps Media, Inc. All rights reserved. This material may not be published, broadcast, rewritten, or redistributed.
<p>Doylestown police chief Casey Tester with his partner Qoose. Photo via the Wooster Daily-Record</p>

“It is with great sadness that we announce the passing of K9 Qoose,” the department wrote on its Facebook page. “Chief Casey Tester and Qoose were partners from August 2006 to May 2016. Qoose patrolled the Village with Chief Tester, assisted neighboring agencies when called upon, and was responsible for numerous drug arrests throughout his career.”

Tester and Qoose worked together for 10 years, and in that time the K-9 only missed three days of work. The police dog was credited for his work in narcotics and was good with kids.

The Wooster Daily-Record has a lovely feature story on Tester and Qoose here.