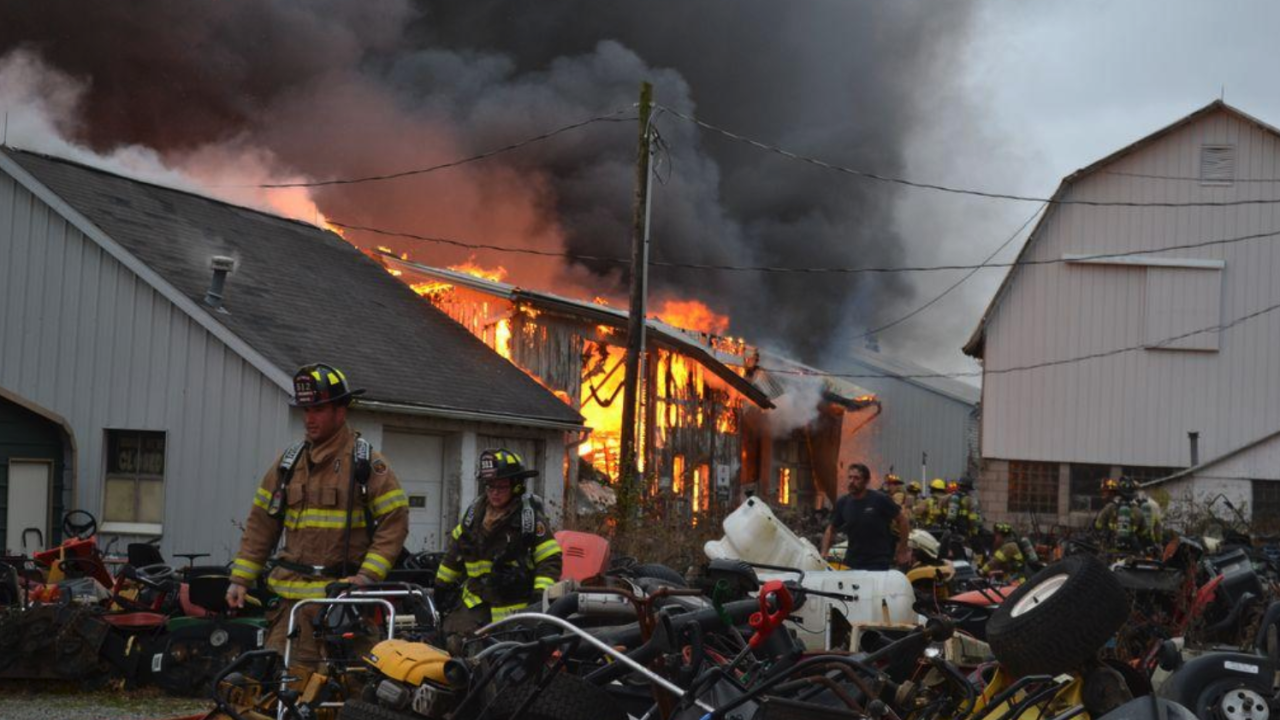 MILTON TOWNSHIP, Ohio — A fire that broke out in Milton Township Sunday morning has destroyed a small family business, according to an article by News 5 media partner The Daily Record.

Around 8:58 a.m., the Sterling Fire Department responded to the 13000 block of Eby Road for a fire that had broken out at Maibach Saw Shop, the article said.

When fire crews arrived on the scene, flames were showing through the roof of the main area of the shop, according to the article.

The fire caused an estimated $450,000 worth of damage and destroyed the Maibach family’s sole source of income, the article said.

“We are pretty upset. We never thought anything like this could happen. We’re still in shock,” Kendal Maibach said.

Fire crews were able to contain the fire from spreading to surrounding buildings.

There were no reported injuries in the fire. The cause of the fire has not yet been determined, according to the article.