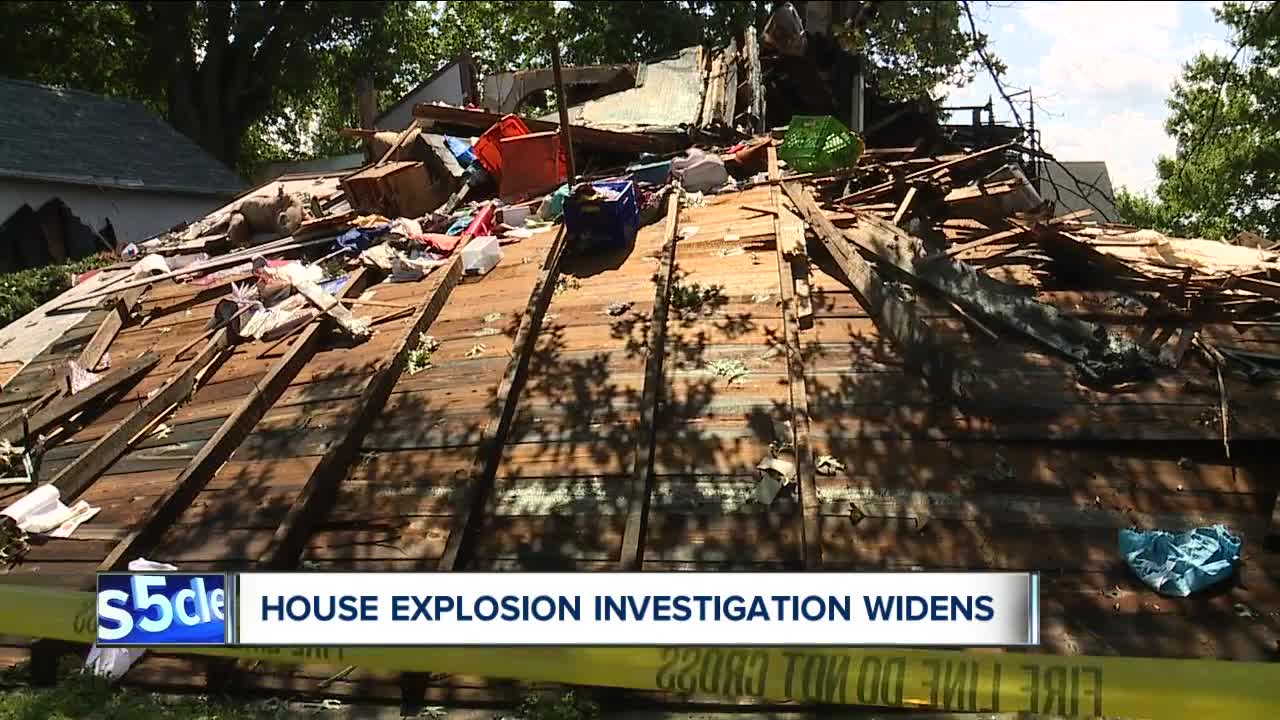 Wayne County detectives are widening their investigation of a home explosion, which is also being investigated as a possible racially-motivated hate crime. 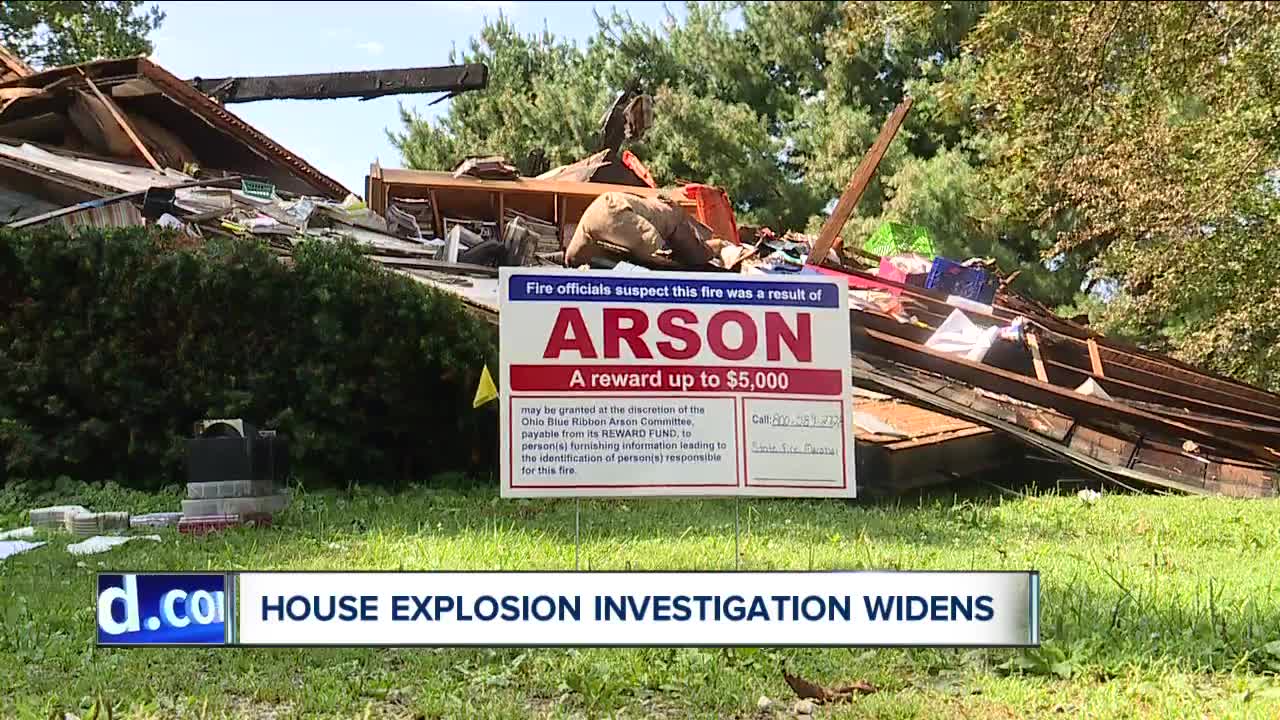 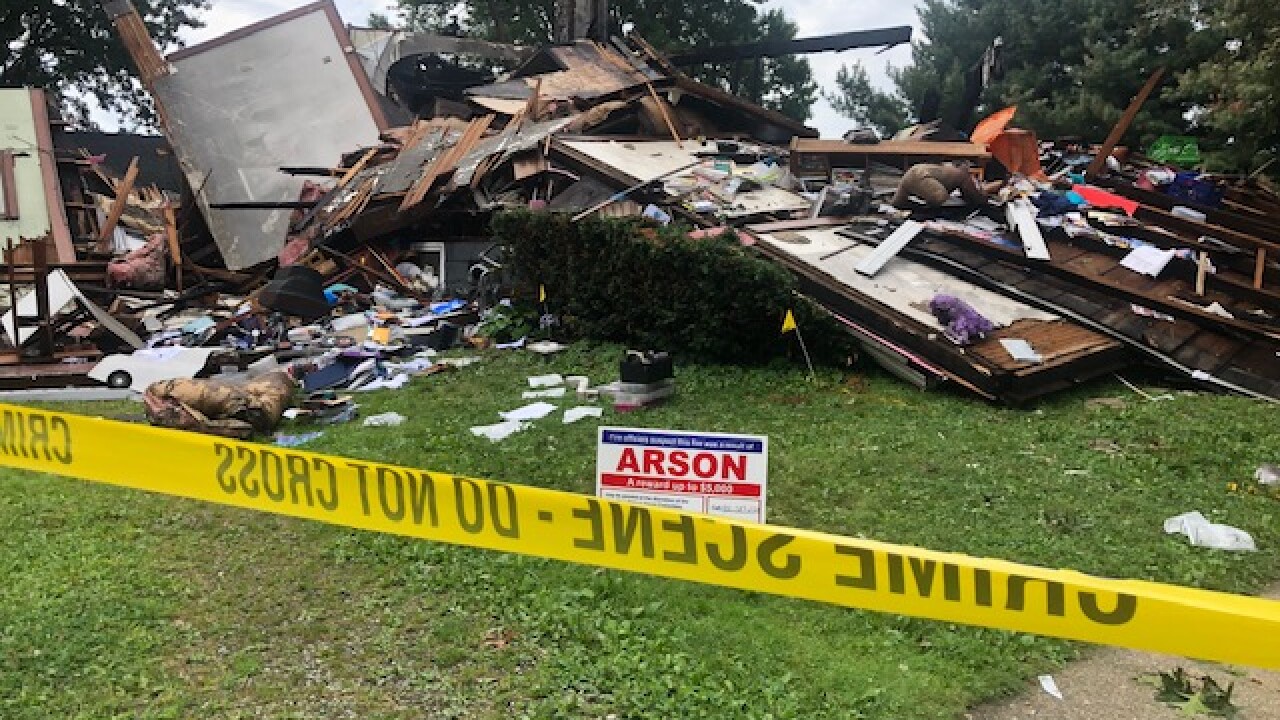 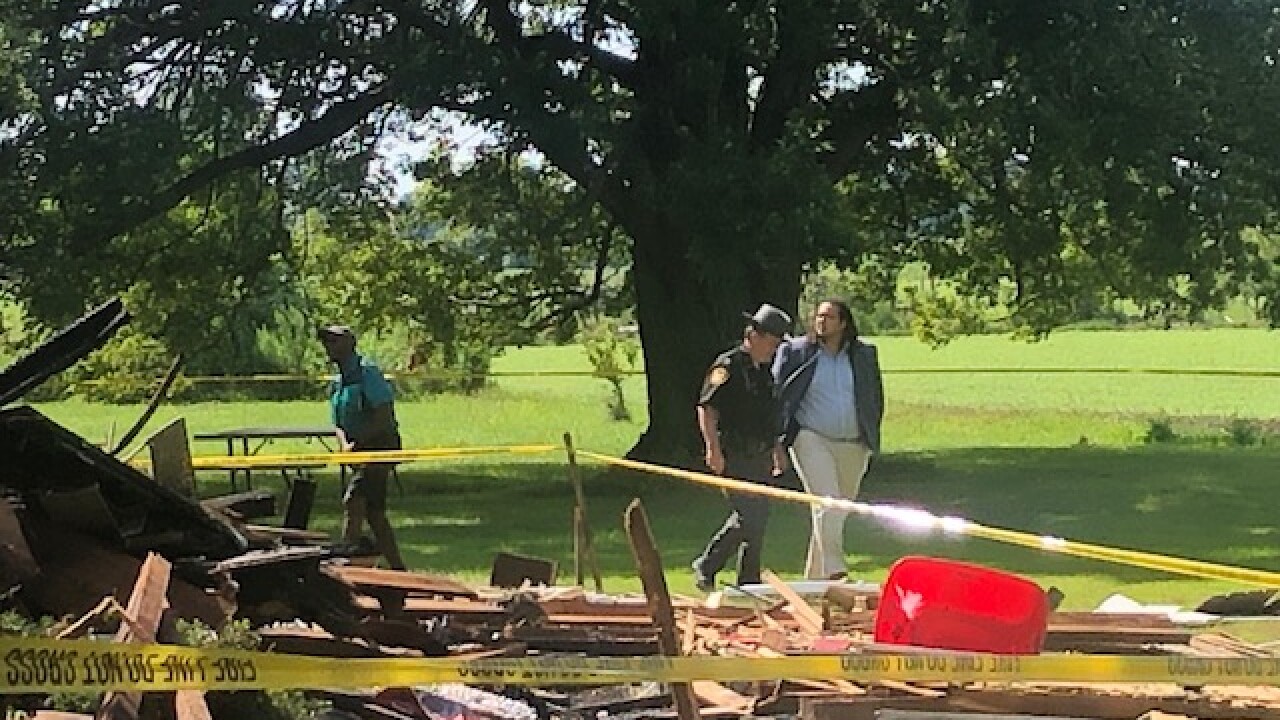 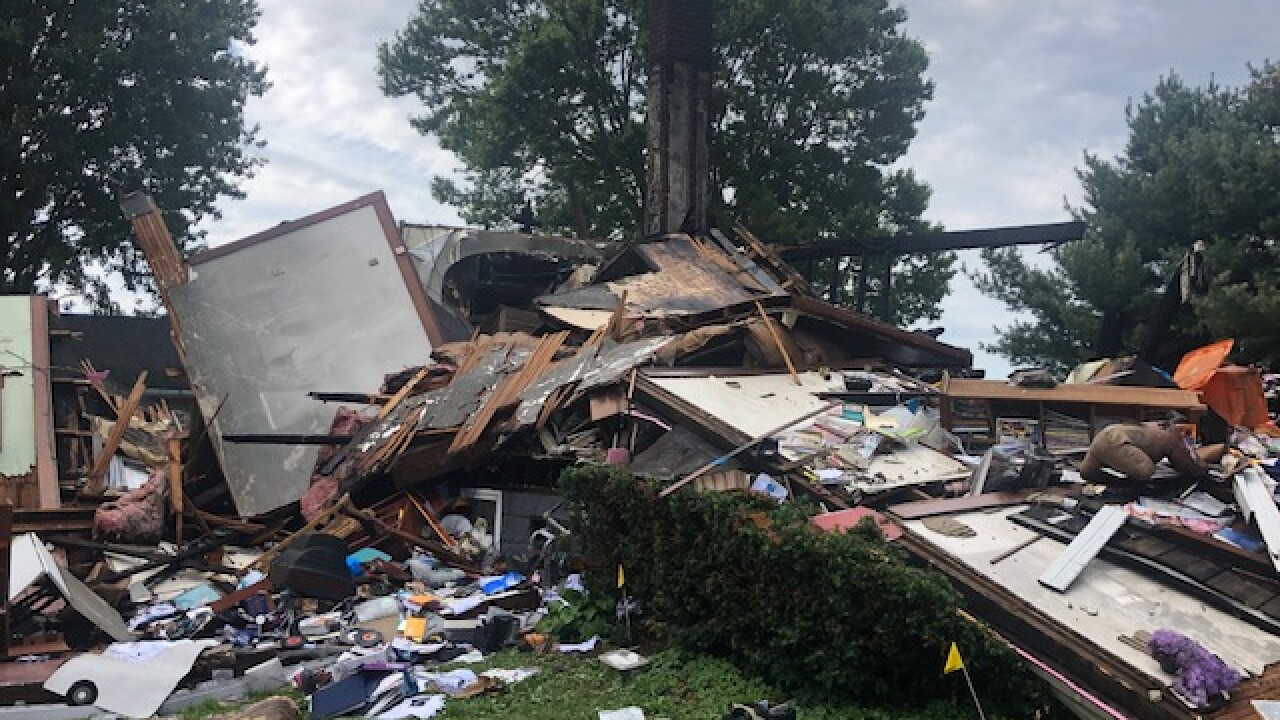 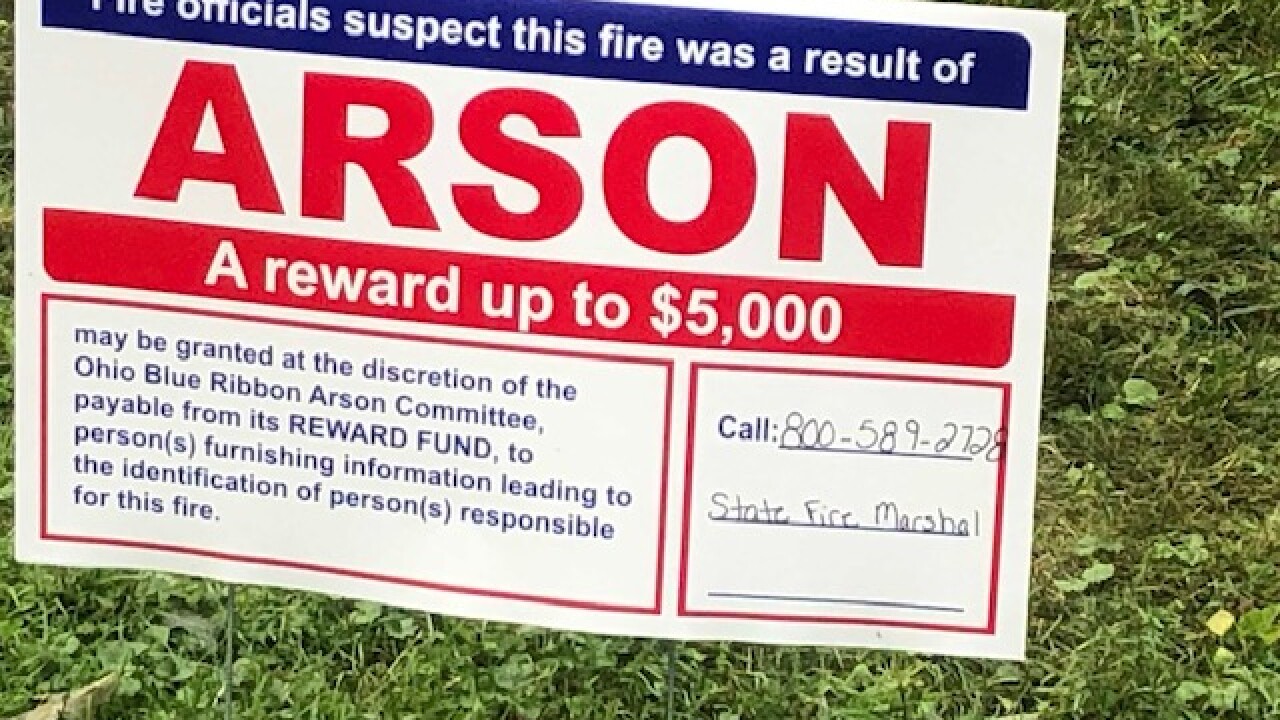 STERLING, Ohio — Wayne County detectives are widening their investigation of a home explosion, which is also being investigated as a possible racially-motivated hate crime.

Authorities are also trying to determine if other recent crimes that happened at the same home on Spruce Street in Sterling are connected to the fire.

"It seems that there's a series of wrongdoings that are taking place surrounding this home," said Captain Doug Hunter.

Around 12:30 a.m. Wednesday the home belonging to Brad and Angela Frase blew up.

The State Fire Marshal has called it a case of arson and a $5,000 reward is being offered for information leading to a conviction.

The interracial couple, who had lived there for 23 years, were not at home. They had been staying at a hotel while the house was being renovated following two minor accidental electrical fires in early July.

Body camera video released by the Wayne County Sheriff's Office shows the couple arriving on the scene of the fire after they were notified by a neighbor.

On the video, Brad is seen telling a deputy that a swastika was found on his garage.

"A neighbor just pointed it out to me," Brad said. Angela then yelled, "The whole house is gone."

Investigators said the swastika, along with a racial slur, were spray painted on the garage. Paint was also found on a neighbor's garage and two of their vehicles.

During an interview with News 5 on Wednesday, Angela said she was sickened and would not rebuild.

"We're still doing this hatred stuff, like come on! Can't everybody get along? We don't bother anybody," she said.

Captain Hunter said samples from the rubble were taken to a state crime lab to determine what type of accelerant was used. Detectives are also conducting interviews as they tried to figure out who was responsible for the crime.

"At this point, we're not ruling anyone out as a suspect. It would be premature to say who we suspect," Hunter said. "Anybody that has any association with this neighborhood, with this home, could be a possible suspect."

Last week, the couple reported someone smashed a rear window and then damaged several light fixtures, a toilet, television set and other items.

"I know it's just stupid (expletive) kids." The deputy responded, "Yeah, but it's your property. You feel violated." Brad then said, "Yeah, and we haven't had the best of luck."

The day before the explosion, around noon, deputies and the Sterling Fire Department came to the home after someone tried to blow it up by filling it with natural gas and turning on a stove burner.

The gas company removed the meter. The electricity had been disconnected a month ago.

Thirteen hours later, someone started a fire leading to the devastating explosion.

Angela said she didn't know who could be responsible and authorities haven't said if they believe the couple was targeted by the same person or people.

"At this point, we're gonna treat this as a hate crime until proven otherwise," Hunter said.

John Clay, the president of the NAACP Wooster-Orville Branch, said concern over this case is at a maximum level.

"We're gonna do our best to let whomever did this heinous act that we're not okay with this," Clay said.

Clay said an event is being planned for later this month to show support for the Frase family and the shooting victims in Dayton and El Paso.

RELATED: Hate crime being investigated after discovery of racial slurs at house explosion in Wayne County