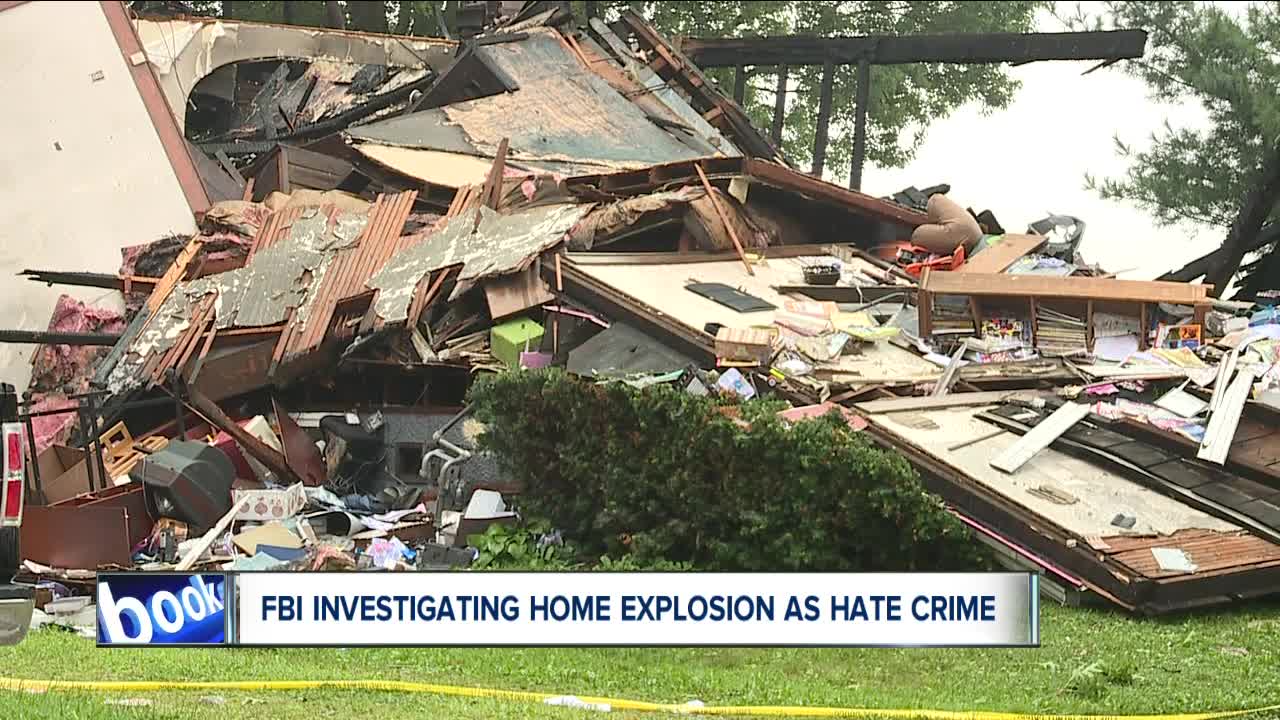 Deputies are investigating a possible hate crime after racial slurs were found spray painted on a home after an explosion early Wednesday morning, according to the Wayne County Sheriff’s Department. 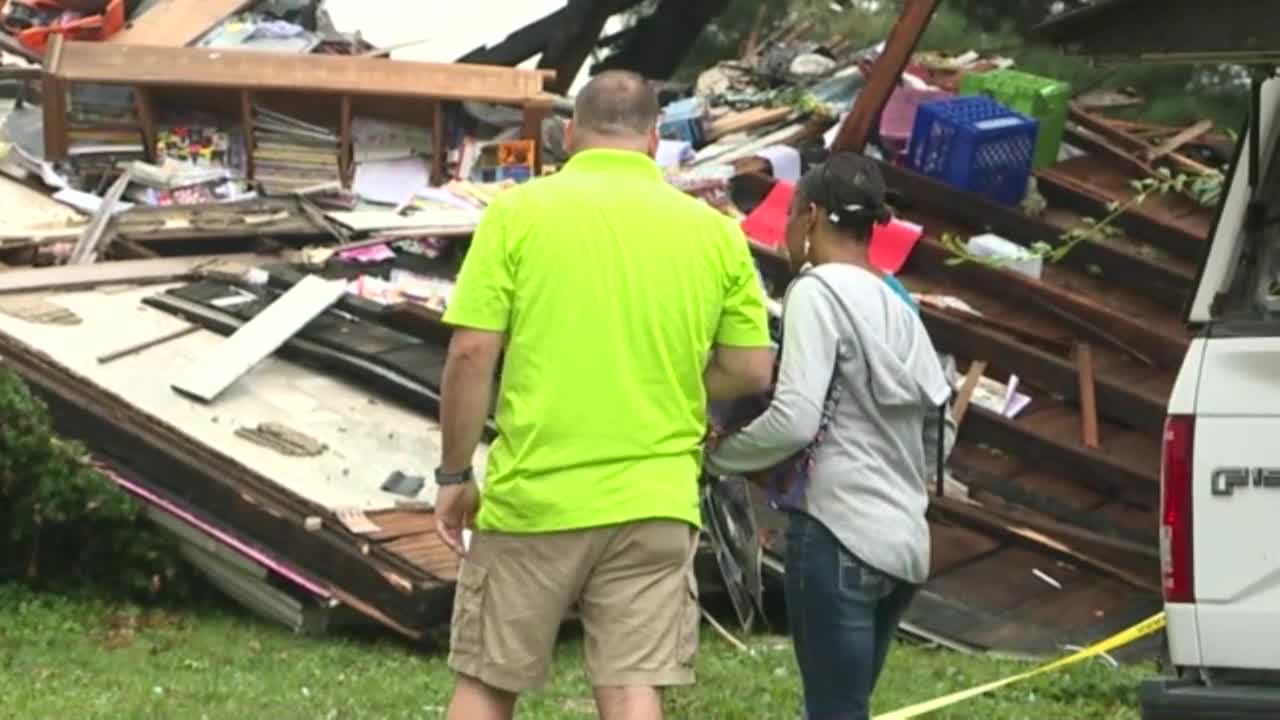 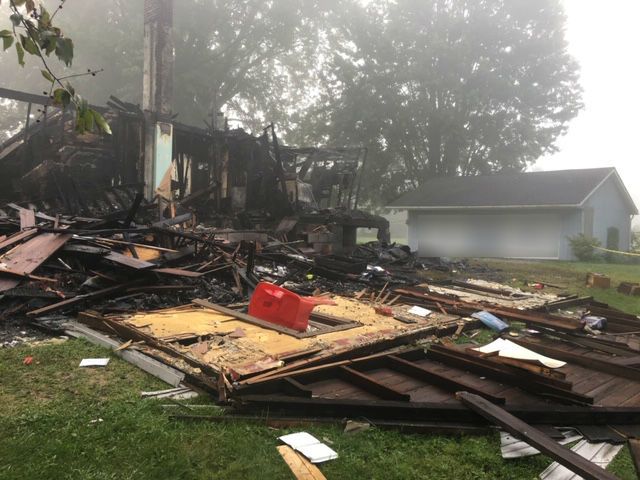 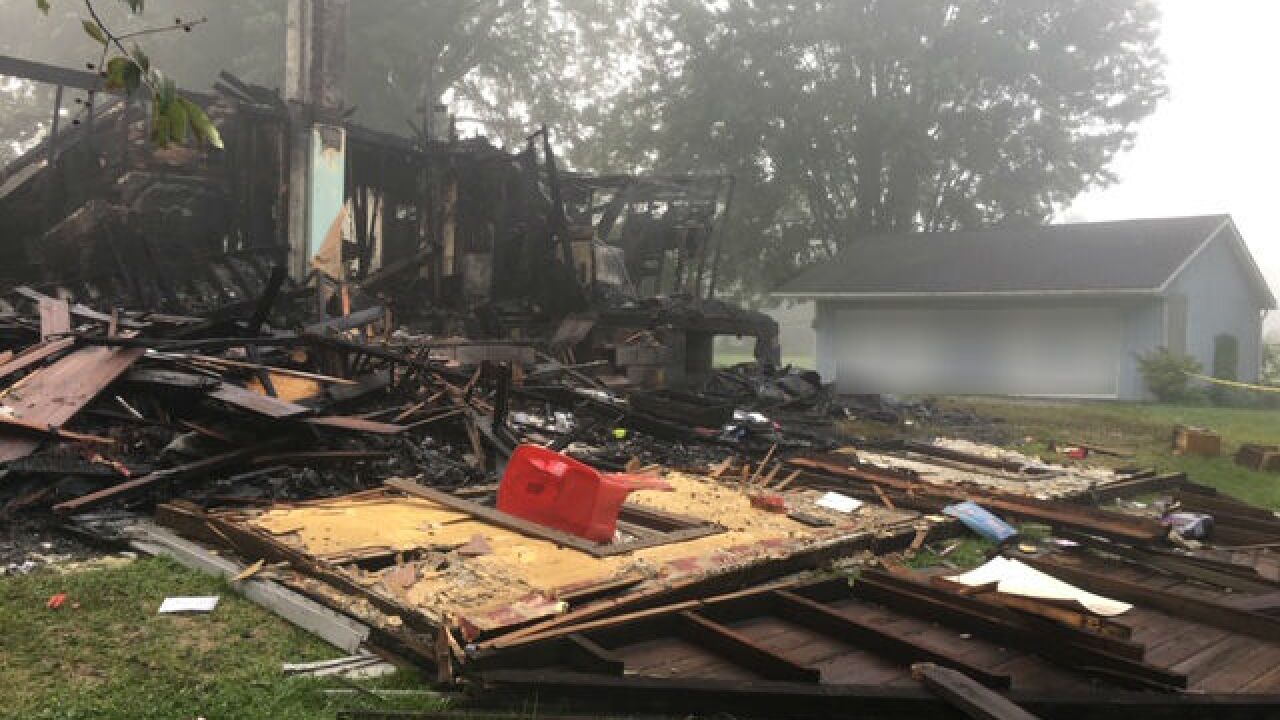 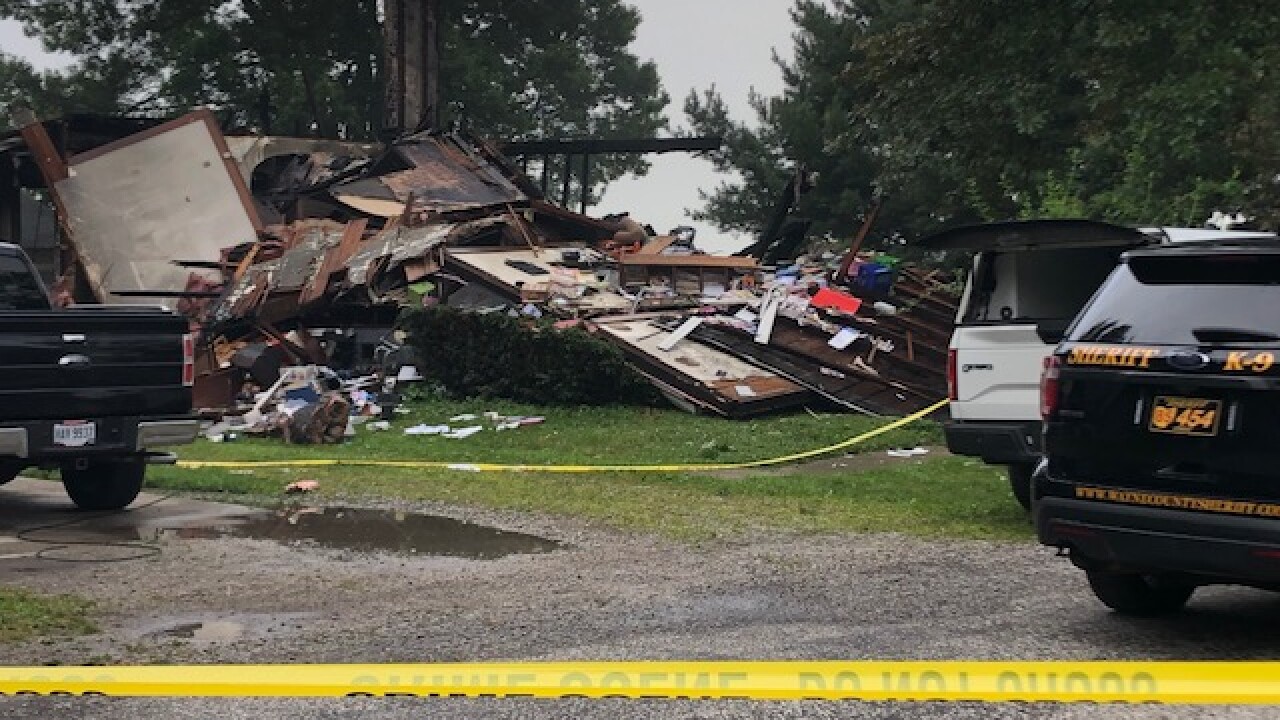 STERLING, Ohio — Deputies are investigating a suspected hate crime after racial slurs were found spray painted on a garage after an explosion early Wednesday morning, according to the Wayne County Sheriff’s Department.

The house in the 6700 block of Spruce Street in Sterling had a minor electrical fire on July 3. The couple who lived there, a white man and a black woman, was staying elsewhere during repairs, deputies said.

Around 12:30 a.m., neighbors reported an explosion at the home. Another neighbor recorded video of the house fire just after the explosion.

When deputies arrived, they found a swastika and a racial slur spray painted on the property of Brad and Angela Frase, according to deputies.

Spray paint was also left on a neighbor's garage and two of their vehicles.

The Sterling Fire District was previously called to the home Tuesday afternoon after someone attempted to set the home on fire by turning the stove burner on and filling it with natural gas. The attempt was unsuccessful as the gas and electric utilities had been disconnected.

The couple has lived in the home for 23 years. Angela said she feels helpless and disgusted that someone would do this.

"It's sickening to do this to somebody's home and not even know if they're home or not. We could've been in there," Angela said.

Wayne County House Explosion: This is the message the homeowner has for whoever did this. pic.twitter.com/y29pXC1czJ

Although the couple was not home during the explosion, the sheriff's office said they sifted through the rubble to make sure there no one was buried under everything.

Wayne County House Explosion: Being investigated as a hate crime. Homeowner tells me they found racial slurs painted on neighbors home and cars. She tells me she feels helpless and disgusted that someone would do this. Thankfully she & her husband weren’t home when it happened. pic.twitter.com/r2pEPk9s1n

No injuries were reported in the incident, deputies said.

The FBI is assisting in the investigation.

The incident is being investigated as an arson.

A reward of up to $5,000 is being offered by the Blue Ribbon Arson Committee for information leading to the arrest and conviction of the person or persons responsible for the fire.

Anyone with information regarding the incident should call the State Fire Marshal at 1-800-589-2728.