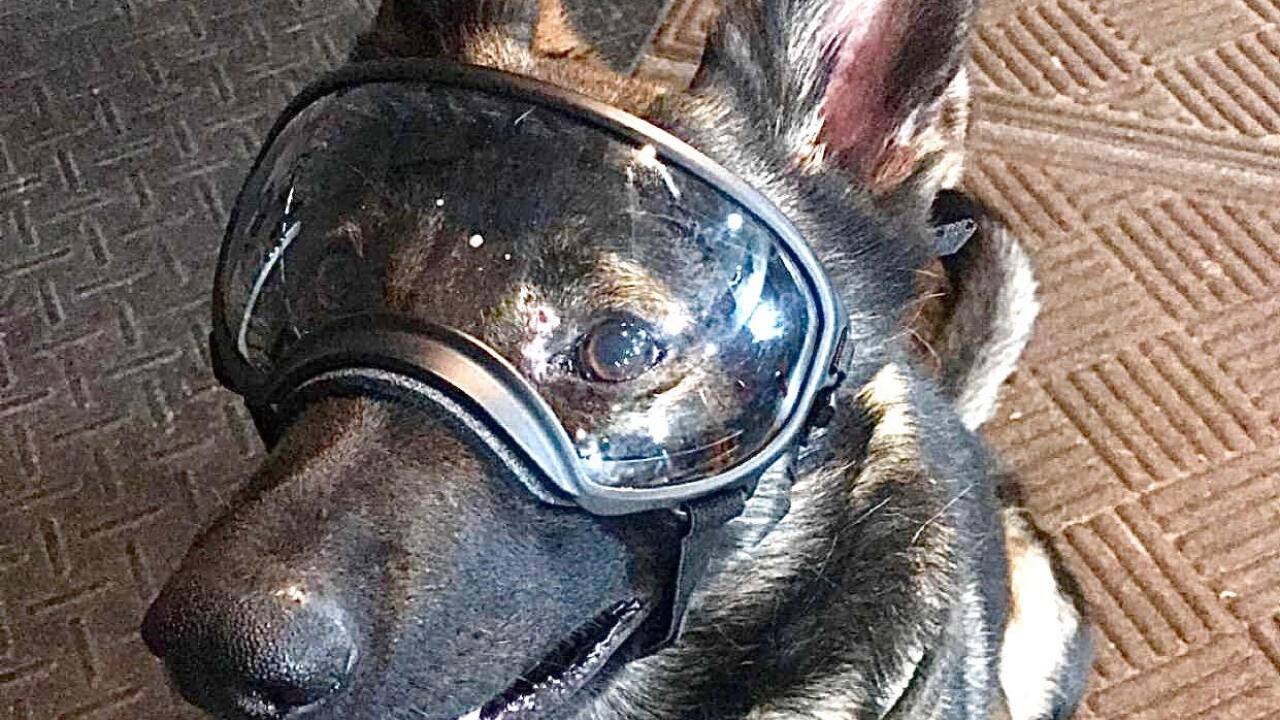 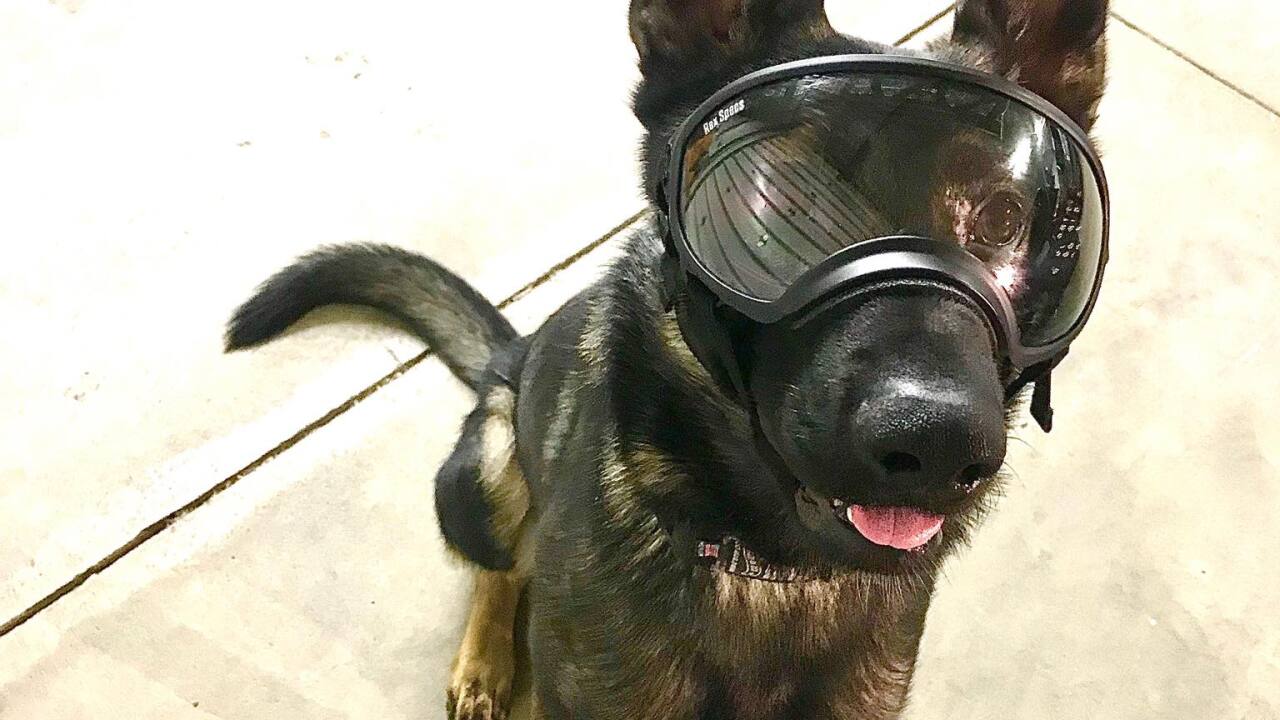 WOOSTER, Ohio — A K-9 officer with the Medway Drug Enforcement Agency is rocking a new pair of goggles thanks to a Facebook follower who donated them after the K-9 suffered an eye injury during a traffic stop.

Odin, a 1-year-old German Shepherd-Belgian Malinois mix was tracking a criminal who fled a traffic stop about two weeks ago when he ran into a tree branch, agency director Jason Waddell told News 5 media partner Beaconjournal.com.

The Ohio Regional K-9 Association posted about Odin’s injury, and a follower, Meghan O’Donoghue, wanted to help so she donated a pair of Rex specs, a specialty brand of protective eyewear for dogs.

At first, Odin wasn’t a big fan of the glasses “but the more he wears them, the more comfortable he becomes with them,” Waddell told Ohio.com.

"K9 Odin is very grateful and thinks he looks pretty pawsome!" the agency said on Facebook.