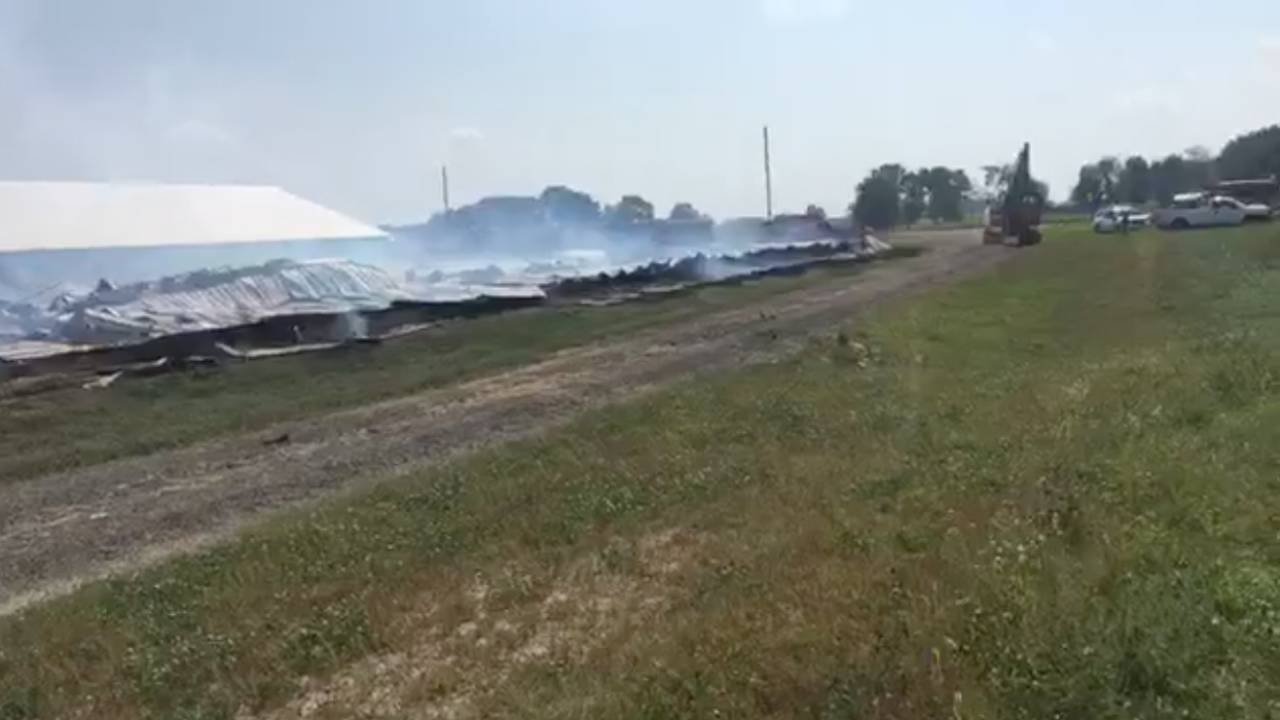 Brian Booher
Image from a Facebook video taken at a fire that broke out at a chicken farm in Wayne County Friday. (Brian Booher with Ashland County Quick News)

NEW PITTSBURG, Ohio — The Wayne County Sheriff’s Office has confirmed that multiple agencies were called up for a fire at a chicken farm in New Pittsburg.

New Pittsburg is about 10 miles west of Wooster.

Ashland County Quick News (Brian Booher) posted a video of the scene to Facebook. You can watch it in the player below.

It’s not known if any people or animals were harmed in the fire.

News 5 has reached out to the New Pittsburgh Fire Department for comment.