Wayne Co. deputies looking for non-hunters who shot 2 deer before dumping them on side of the road 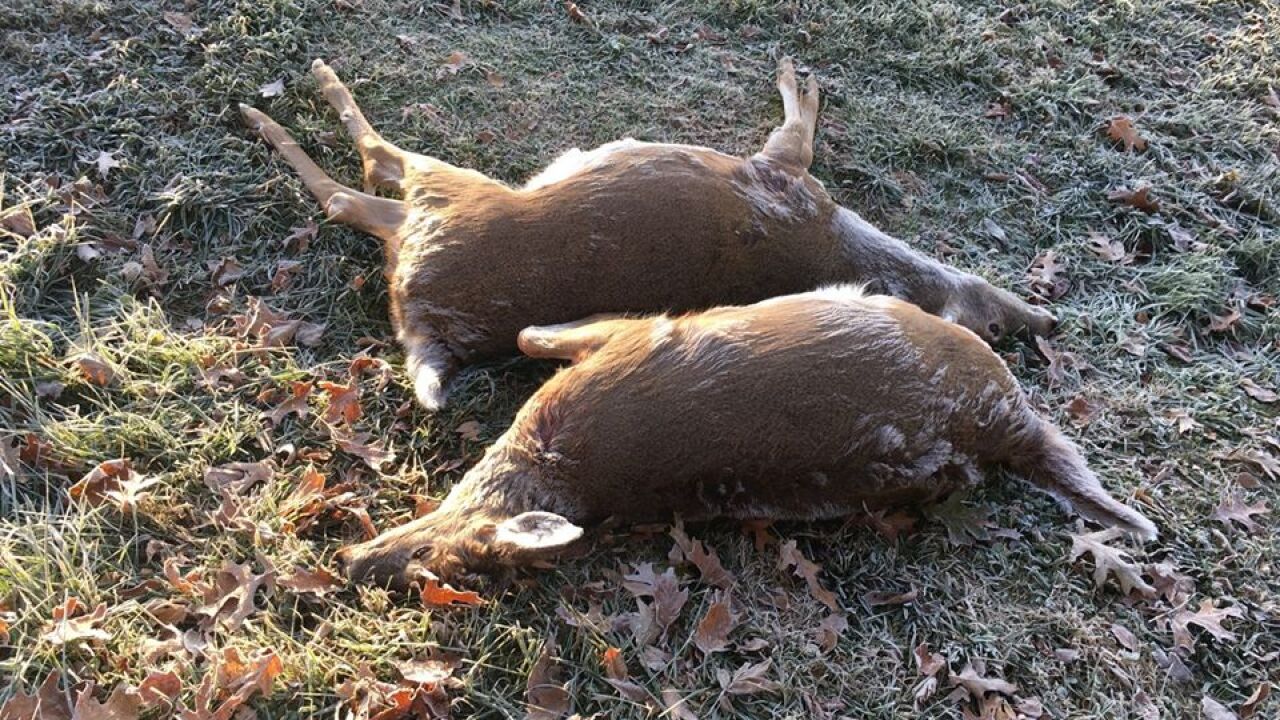 Wayne County Sheriff&#39;s Office.
Two deer were shot and killed before being dumped on Bair Road.

WAYNE COUNTY, Ohio — The Wayne County Sheriff's Office is looking for information after two deer were dumped on the side of the road after being shot by non-hunters, according to a Facebook post from the department.

The area where the deer were found is southeast of Orrville.

Anyone with information is asked to contact Aaron Brown, State Wildlife Officer for Wayne County, at 1-800-POACHER.

On opening day, hunters killed 15,501 deer throughout the state, according to ODNR. During the 2018 season, 13,651 deer were taken on the opening day of gun season.