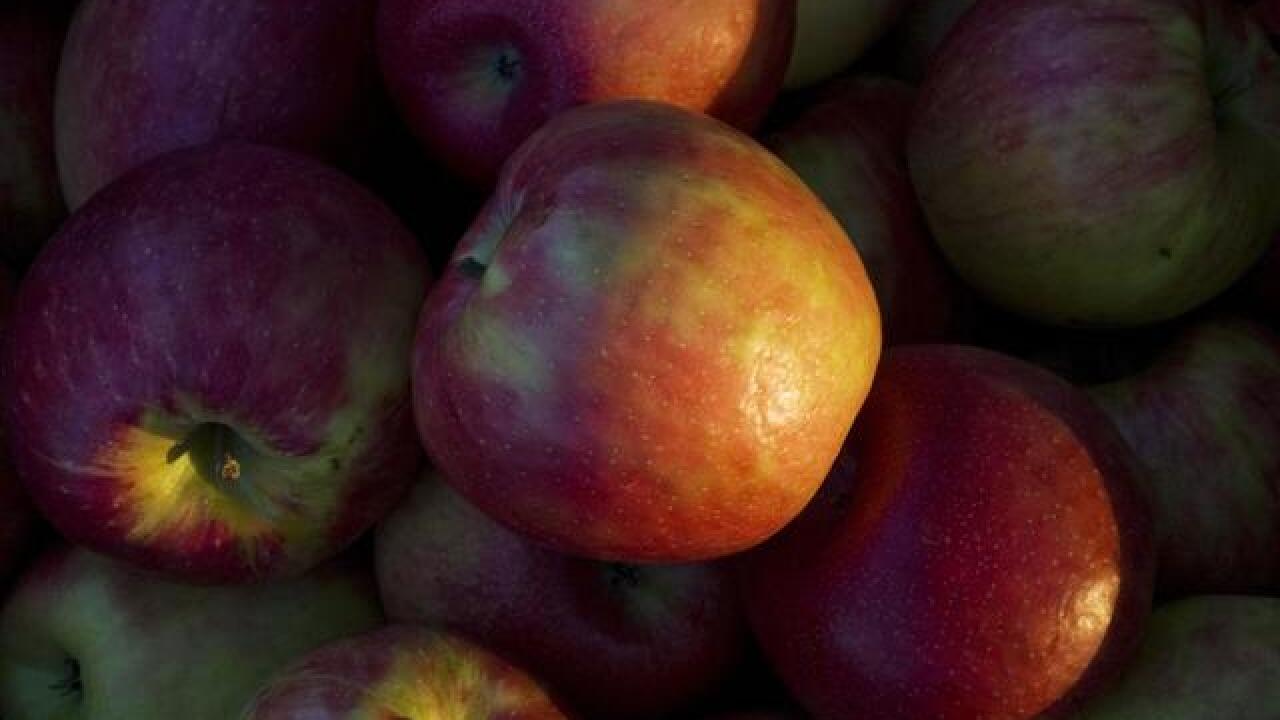 Copyright 2018 Scripps Media, Inc. All rights reserved. This material may not be published, broadcast, rewritten, or redistributed.
<p>Honeycrisp apples</p>

Ohio’s supply of the popular Honeycrisp apple is in danger, thanks to this summer’s combination of heavy rain and excessive heat, which is also leading to school closures.

Half the Honeycrisp apples at Lynd Fruit Farm in Pataskala in central Ohio have fallen victim to disease, leading to the cancellation of an annual pick-your-own event this coming weekend, co-owner Andy Lynd  told  the Columbus Dispatch.

“We built a reputation on providing quality apples for our customers, and the last thing we want to do is provide a low-quality apple to a customer,” said Lynd, who said it’s the first time in 42 years he canceled a pick-your-own weekend because of quality concerns.

Honeycrisp apples will still be on sale at the farm, but those are handpicked by employees and inspected for signs of the disease, known as bitter rot, Lynd said. The Hugus Fruit Farm in Rushville in Fairfield County also lost at least half of its normal Honeycrisp crop because of heat and humidity experienced over the summer, owner Ralph Hugus told the paper.

In southeastern Ohio, Robert Bowers the weather has affected all the apple crops at his Laurelville Fruit Farm, including Honeycrisps.

Honeycrisps are difficult apples to grow because of their susceptibility to disease, said Bill Dodd, president of the Ohio Fruit Growers Marketing Association.

People across Ohio have been suffering thanks to unusually hot weather in the 90s, which is finally supposed to break on Thursday. Dozens of schools have closed early or altogether over the past week, including Columbus city schools, the state’s largest district, with about 51,000 students.

On Tuesday, an Ohio lawmaker asked the state for the cost of adding air conditioning to all schools without it. Rep. Niraj Antani said in a letter to the state schools superintendent that the closures are creating a hostile environment for teaching and learning.

It’s unclear who has the information Antani wants. The Department of Education says schools don’t report such data to the agency. Ohio’s facilities construction commission says it tracks only the 1,200 buildings it helped build or renovate since 1998, all of which have air conditioning.

Antani said it’s ridiculous that in 2018 heat is forcing schools to close.