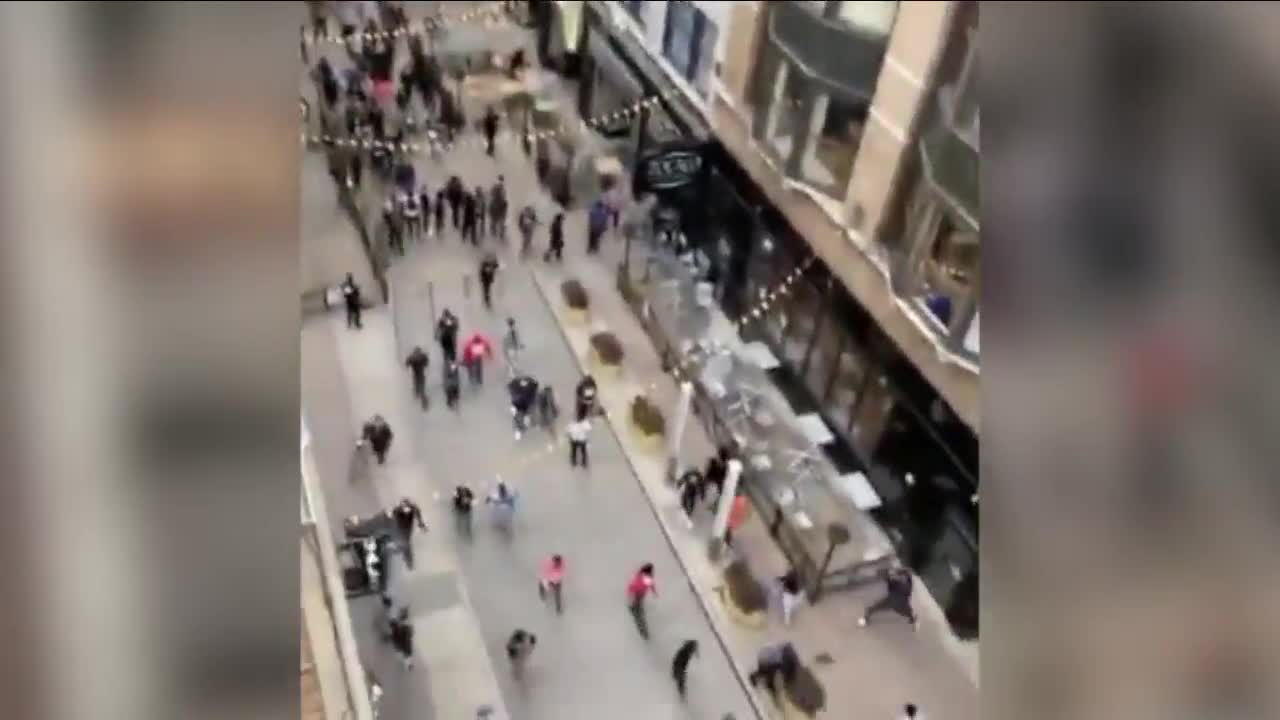 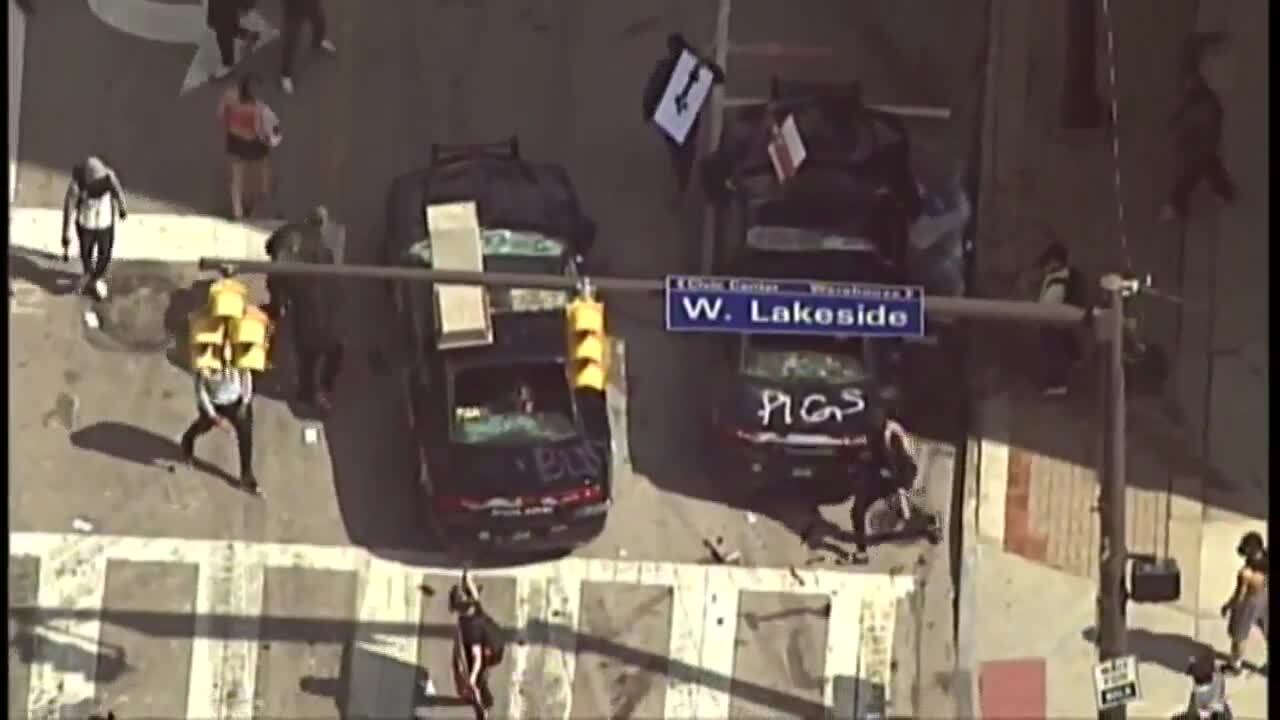 CLEVELAND — Police are working to identify people who committed violent crimes over the weekend in Downtown Cleveland.

Authorities are examining surveillance videos taken from public and private cameras, still pictures, social media posts and images captured by the media over the weekend.

"We can isolate those photographs, see if we can identify who they are. We will send those pictures to law enforcement agencies in the area to see if anyone can identify these individuals," explained McIntosh.

Sunday night Cleveland Police Chief Calvin Williams asked anyone with information about the violent crimes to call Cuyahoga County CrimeStoppers. McIntosh said they have already received tips. He said CrimeStoppers is willing to pay for information leading to the arrests of individuals involved in violent crimes.

"We will pay up to $2,500 in reward money for anonymous tips for arsons, damage to public property, private property, looting," he said.

The FBI said in a statement; "The FBI is working with our law enforcement partners conducting and developing logical investigations to identify and hold those that engaged in criminal behavior accountable. The FBI's primary mission is to uphold the Constitution, which includes protecting free speech. People do have the right to engage in peaceful protests. Those that choose to engage in violence, property destruction and theft will be identified and will have their day in court."

Anyone with information that can help police identify people caught on camera committing violence are asked to call CrimeStoppers at 216-25-CRIME, 216-252-7463.

Tips can also be submitted at 25crime.com