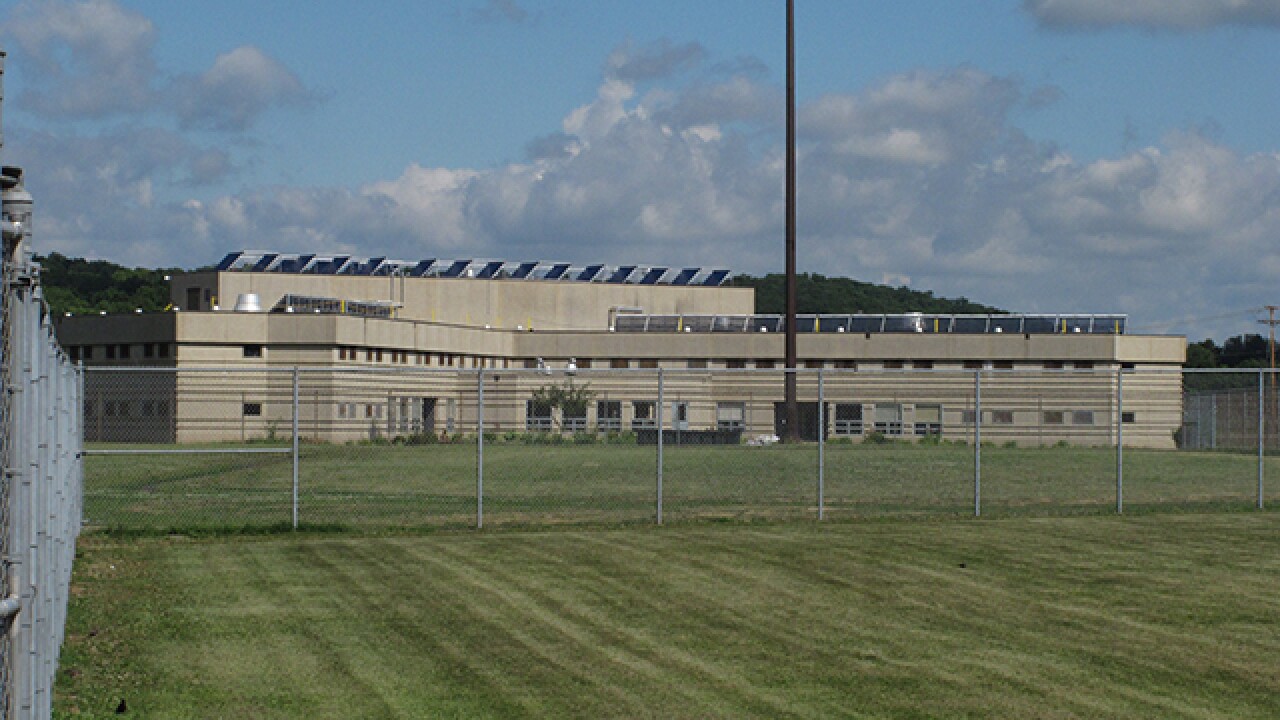 Copyright 2018 The Associated Press. All rights reserved.
<p>Solar array panels atop a prison building at Ross Correctional Institution on Wednesday, July 16, 2014, in Chillicothe, Ohio. The Department of Rehabilitation and Correction says the panels on eight buildings will save about $245,000 in energy costs annually. (AP Photo/Andrew Welsh-Huggins)</p>

Prison guards, nurses and inmates were among nearly 30 people treated for possible drug exposure inside an Ohio prison, the state highway patrol said.

Agents with the U.S. Drug Enforcement Administration were among those investigating with the Ohio State Highway Patrol, said DEA spokesman Wade Sparks.

As officers and medical responders arrived, a total of 28 individuals, including 23 guards, four nurses and an inmate, were treated through the administration of naloxone, a drug used to combat overdoses caused by opioids such as heroin or fentanyl. They were taken to a local hospital for evaluation.

One inmate was treated on scene and not transported. Sellers said the patrol made 300 doses of naloxone available if needed. The prison is about 44 miles (71 kilometers) south of Columbus.

Contraband fentanyl, a powerful synthetic opioid, is suspected, possibly dispersed into the air by a fan, said Sellers, who emphasized investigators were still trying to determine exactly what happened.

Fentanyl is considered several times more powerful than heroin, and has been linked to thousands of overdose deaths nationwide, sometimes on its own, but often mixed with heroin. Law enforcement officers routinely now put on gloves when responding to overdoses to avoid possible exposure.

On Thursday, the DEA plans to release a new training video covering protections that first responders should take when the presence of fentanyl, a deadly synthetic opioid, is suspected. Deputy Attorney General Rod Rosenstein was to announce the video, “Fentanyl: The Real Deal,” in a Washington news conference.

A total of 31 inmates were evacuated from the unit where the Ohio prison exposure occurred, and a hazmat team from the Columbus fire department was summoned to clean up the affected area.

Messages were left for the prisons system and the union representing correctional officers.

In Ohio, contraband drugs including opioids are an ongoing issue for the Department of Rehabilitation and Correction and county jails.

In May, a former milk deliveryman was accused of hiding marijuana, tobacco and cellphones inside milk cartons and smuggling them into a prison in southwest Ohio. He was sentenced to house arrest.

In September 2017, the Richland County Jail in Mansfield started operating a body scanner to detect drugs. Officials there monitored 26 opioid-related withdrawals in July 2017.

In February 2017, four inmates overdosed in two days at Pickaway Correctional Institution south of Columbus, requiring the use of CPR and doses of an anti-overdose drug as guards scrambled to revive the men.