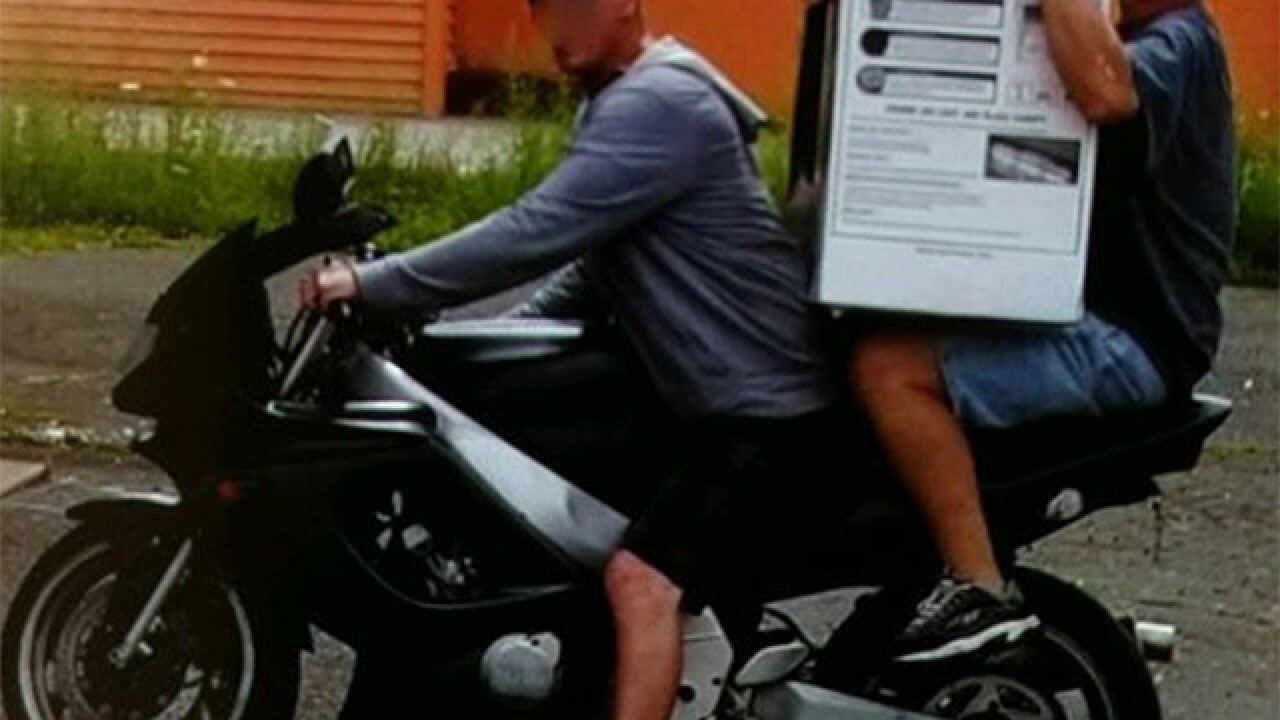 Copyright 2018 Scripps Media, Inc. All rights reserved. This material may not be published, broadcast, rewritten, or redistributed.
<p>Thieves steal fish tank from PetSmart while riding on a motorcycle. Courtesy: Niles Police Department.</p>

Let's pull out the "here's something you don't see everyday" file because two thieves trying to steal a fish tank while riding on a motorcycle should be on the list.

On Monday morning around 11:37 a.m., police were notified that two men shoplifted a fish aquarium from PetSmart, 5812 Youngstown Warren Road, in Niles, located over in the Youngstown-Warren-Boardman area.

An officer responding to the store spotted a motorcycle passing him on Route 46 with a passenger carrying an aquarium on the back.

Likely surprised by this unusual sighting, the officer started chasing the motorcycle when the passenger jumped off on West Street, breaking the fish tank, which we do not believe contained any fish.

The passenger, Mitchell Adkins, 52, of Niles, was taken into custody by the officer. He was charged with a theft offense.

A second officer chased the driver on the motorcycle but lost track of it.

A few minutes later, the motorcycle was found on the ground behind a Chinese restaurant on North Main Street.

Police searched the area and found what they described as a nervous-looking man behind a home on Franklin Street. Police said he started pruning a small tree with his bare heads. He told the officer he was doing yard work.

Not buying his answer, the officer who chased the vehicle was called to the yard, and police say he identified the bogus landscaper as the operator of the motorcycle.

Police identified him as Christopher M. Binion, 46, of Niles. He was charged with theft offenses, along with multiple traffic charges including fleeing and eluding.