VIDEO: Family of 13-year-old girl killed in crash during police pursuit speaks out 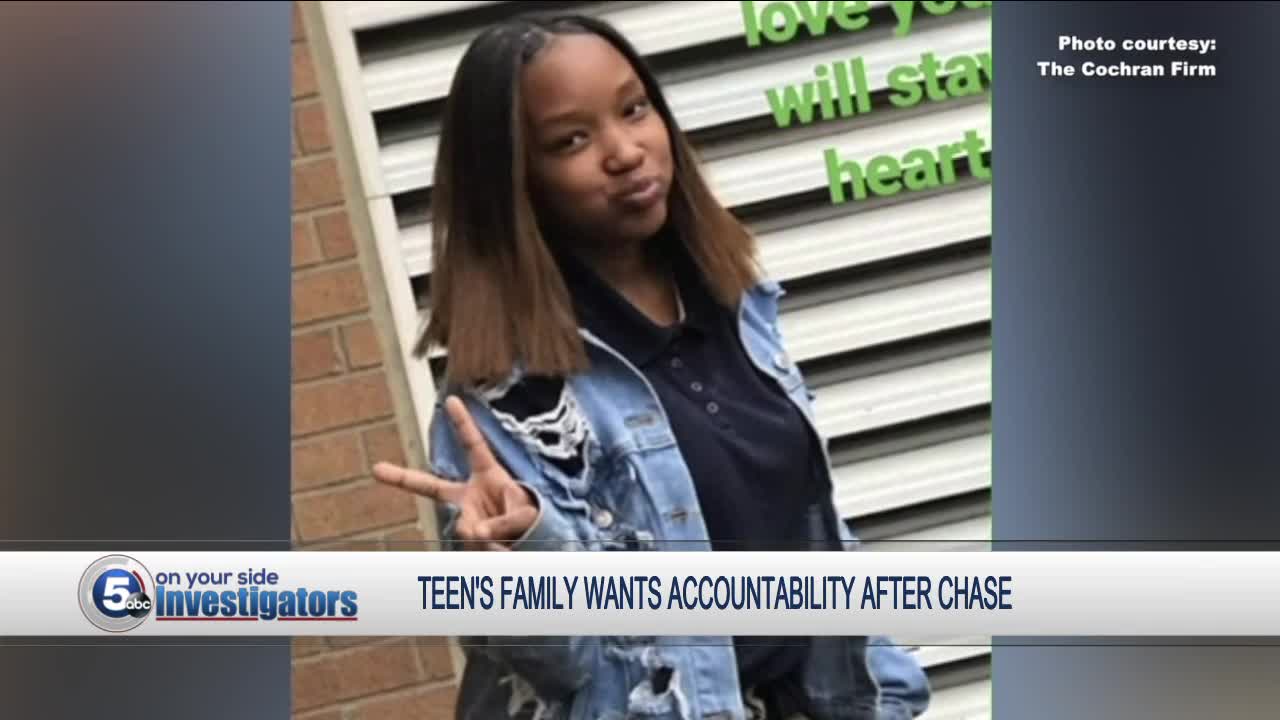 The family of a 13-year-old girl who was struck and killed by a car that was being pursued by Cleveland police last month is speaking out Friday morning. 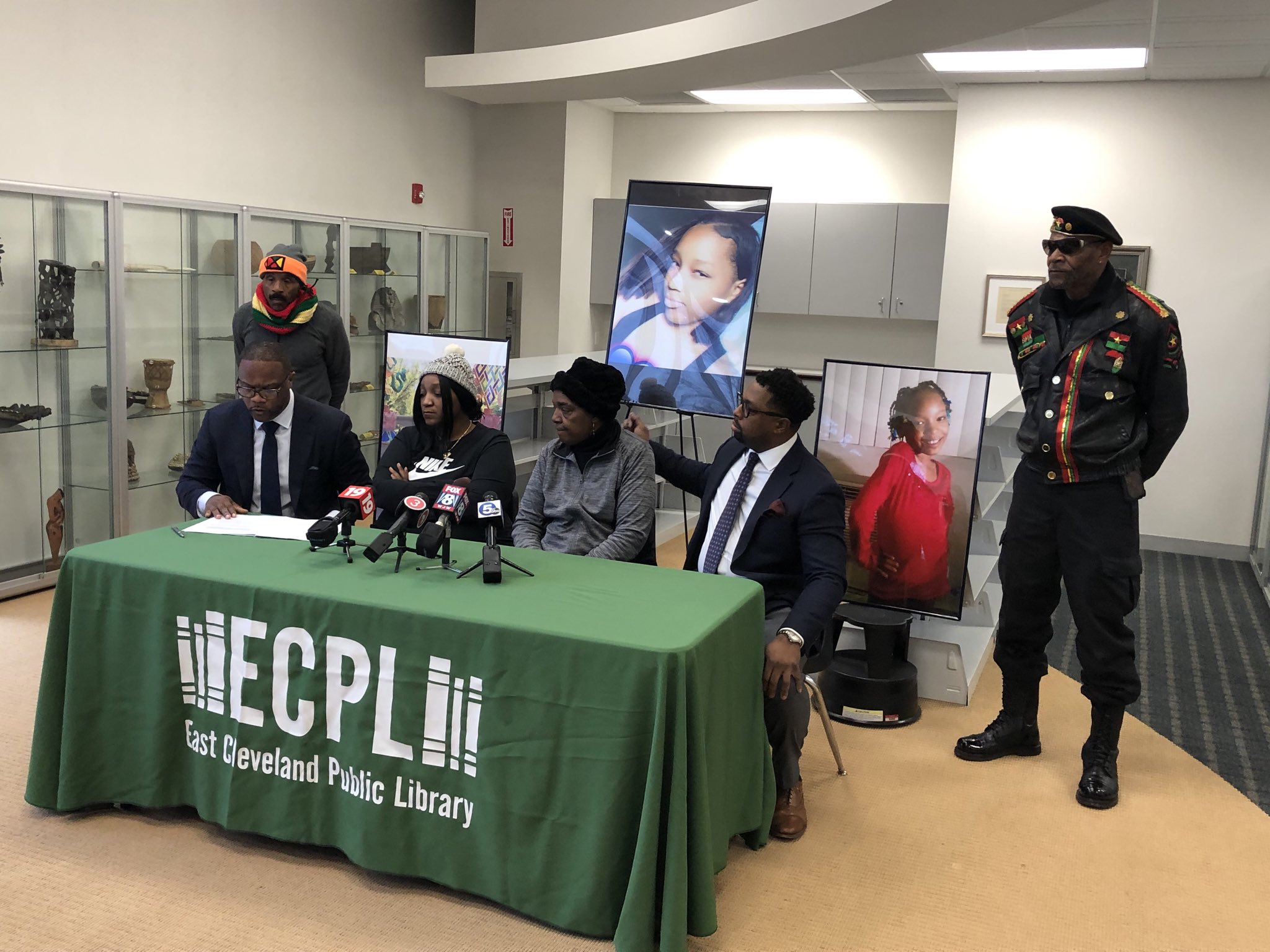 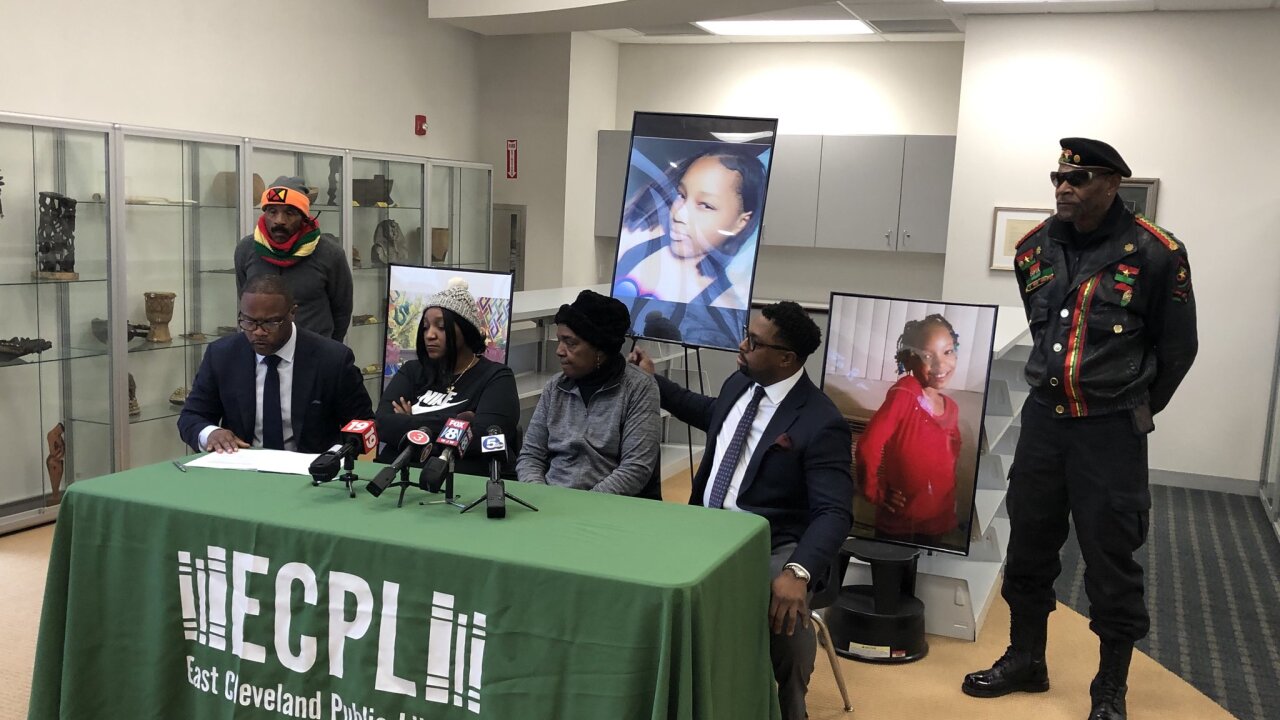 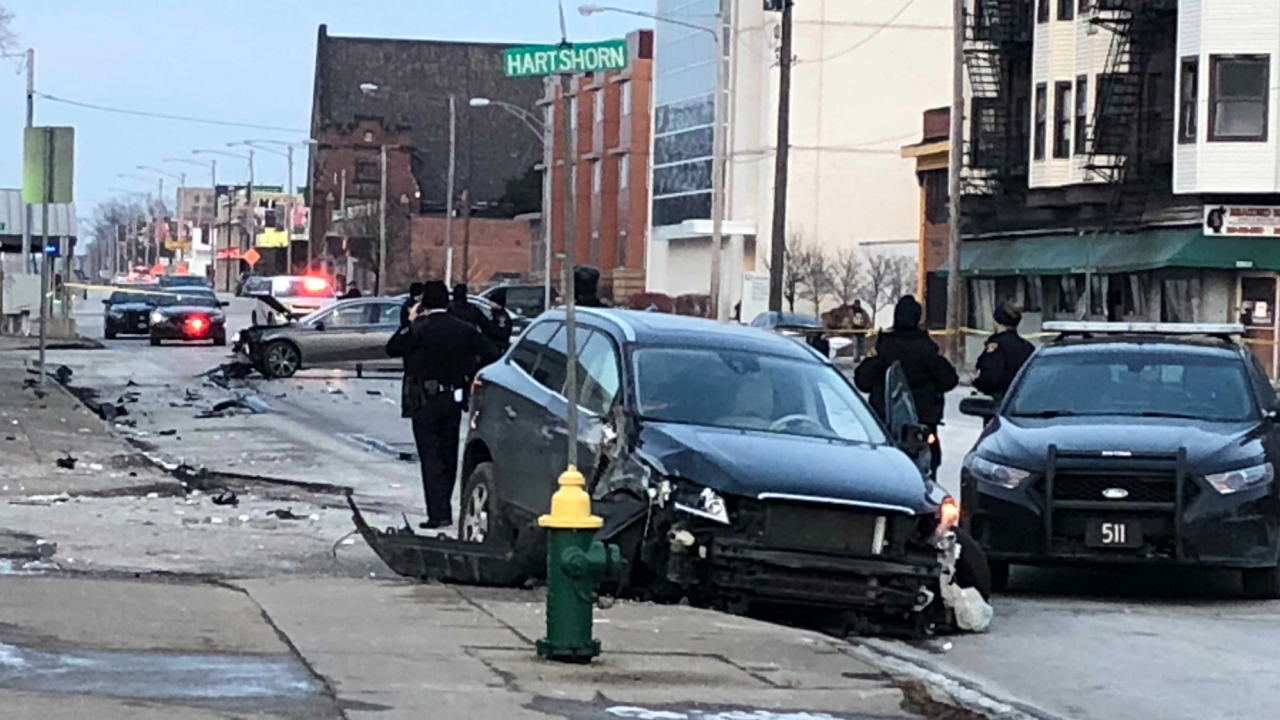 EAST CLEVELAND, Ohio — The family of a 13-year-old girl who was struck and killed by a car that was being pursued by Cleveland police last month called for Cleveland police to be held accountable for what attorneys said was a chase that broke state law.

An attorney representing Tamia Chappman's family said Cleveland police failed to comply with police policies and broke the law in the deadly pursuit that killed Tamia last month in East Cleveland. They are calling on Cleveland police to turn the investigation over to an outside agency.

The pursuit began on the afternoon of Dec. 20 near West 117th Street after a woman exiting Target was approached by a male with a gun who demanded her vehicle, authorities said.

An off-duty police officer witnessed the incident and began pursuit of the vehicle, authorities said.

The male in the stolen car entered Interstate 90 heading east and traveled into East Cleveland, according to police.

A second officer joined in pursuit of the vehicle as well, police said.

The pursuit ended in a crash that occurred in the area of Euclid Avenue and Lakefront Road in East Cleveland, according to police.

Dispatch recordings obtained by 5 On Your Side Investigators revealed officers reported speeds topping 70 miles an hour as they raced through city streets.

An officer reported his speed was 58 miles an hour in "medium traffic" along Euclid Avenue just moments before investigators say the stolen SUV hit another car, went onto the sidewalk and hit Tamia.

Family members say three of her siblings and a cousin were with her when she was hit.

"It's a difficult time for them because they witnessed what happened to their sister," said Tamia's cousin Eileen Cunningham. "She was a vibrant, loving, smart young lady and the family is simply devastated behind the circumstances leading up to her death."

Shean Williams, an attorney with The Cochran Firm, believes Cleveland police were in the wrong for initiating the pursuit.

"Tamia died because the city of Cleveland police department put more value on recovering a stolen car than they put the value on Tamia's life," Williams said. "We have technology in this country, in this world to find anybody, so why do we need to have a 75 mile an hour chase in the streets of this community when children are getting out of school? That doesn't make any sense."

Williams said his firm is conducting its own investigation into the incident. Once that's complete he said a decision will be made by the family whether to pursue a lawsuit.

Two teenagers were arrested in the case.

RELATED: 13-year-old bystander, who was killed during police pursuit, was among group of children walking to the library at time of crash