13 things you didn't know about Friday the 13th 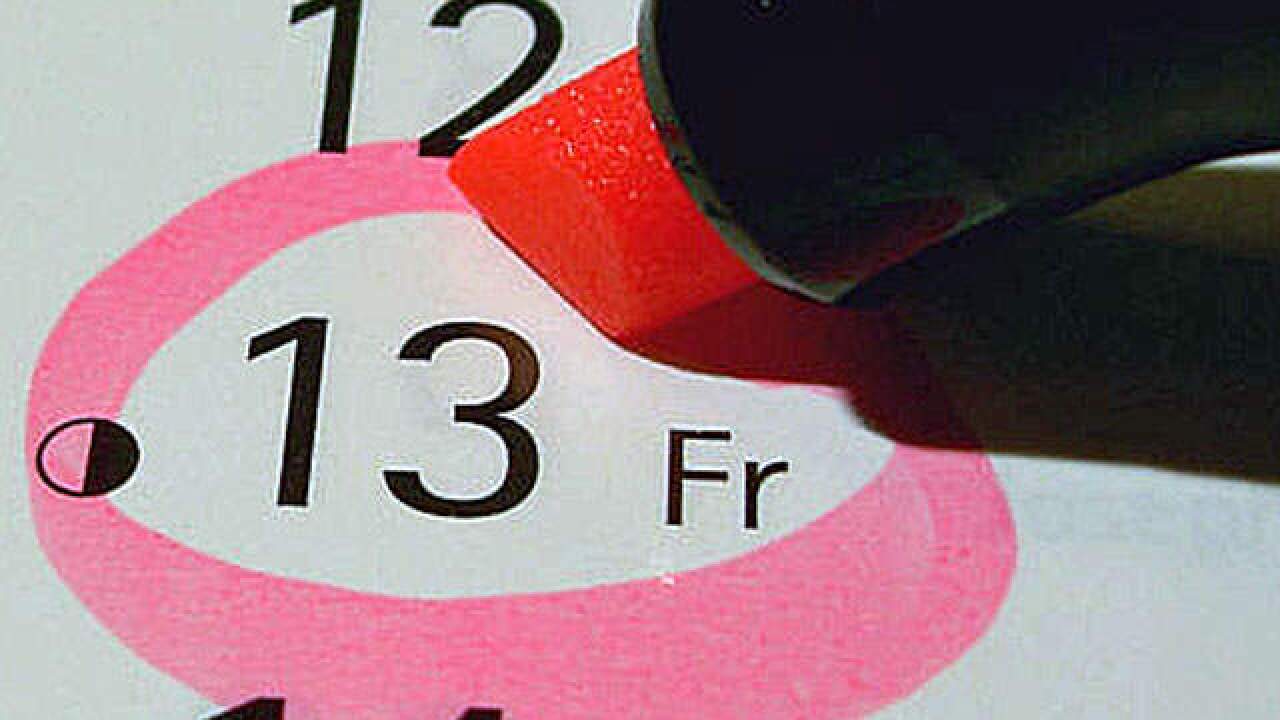 It's Friday the 13th. If you're superstitious, you're likely under the impression that this is the most unlucky day on the calendar.

Here are 13 facts about Friday the 13th to help keep your mind off all bad things that could happen today:

2. The 1980 film "Friday the 13th" grossed nearly $40 million during its initial cinema run, according to information from the Internet Movie Database .

3. Fear of the number 13 is known as triskaidekaphobia, while fear of Friday the 13th is known as paraskavedekatriaphobia.

4. According to information from Time, the mini crash of Friday, Oct. 13, 1989 was the second largest drop of the Dow history.

5. One psychotherapist, who specializes in the treatment of phobias, asserts that 21 million Americans fear Friday the 13th, according to information from About.com .

6. People in Spanish-speaking nations fear Tuesday the 13th, according to information from The Huffington Post .

7. NASA was almost tragically unlucky with its Apollo 13 mission. The capsule was launched at 13:13 on April 11, 1970. The explosion that ultimately destroyed the craft took place on April 13, which was a Monday.

8. The ancient Chinese regarded the number 13 as lucky, according to About.com. The ancient Egyptians also thought 13 brought good luck.

9. Looking to get inked? Tattoo parlors around the country offer specials for those who chose to commemorate the day permanently, traditionally offering tats of the number 13 for only $13. According Tattoo Artist Magazine, Dallas tattoo artist Oliver Peck started the tradition.

10. President Franklin D. Roosevelt apparently suffered from triskaidekaphobia: According to The Huffington Post, he refused to travel on the 13th day of any month and would not host a dinner party with 13 guests.

11. Worried about being in an accident on Friday the 13th? According to a recent Washington Post report, the risk of being in a car crash on any Friday is higher than other days of the week. Police attribute this fact to alcohol consumption.

12. Some people believe the fear of Friday the 13th goes back to the Garden of Eden. Supposedly Eve offered Adam the forbidden fruit on a Friday, and they were then ejected from Paradise.

13. Want to avoid bad luck on Friday the 13th? There are a number of things you can do to ward off ill fate, according to superstition: Touch wood, cross your fingers, avoid black cats, don't look at the full moon through a pane of glass, and throw salt over each shoulder.