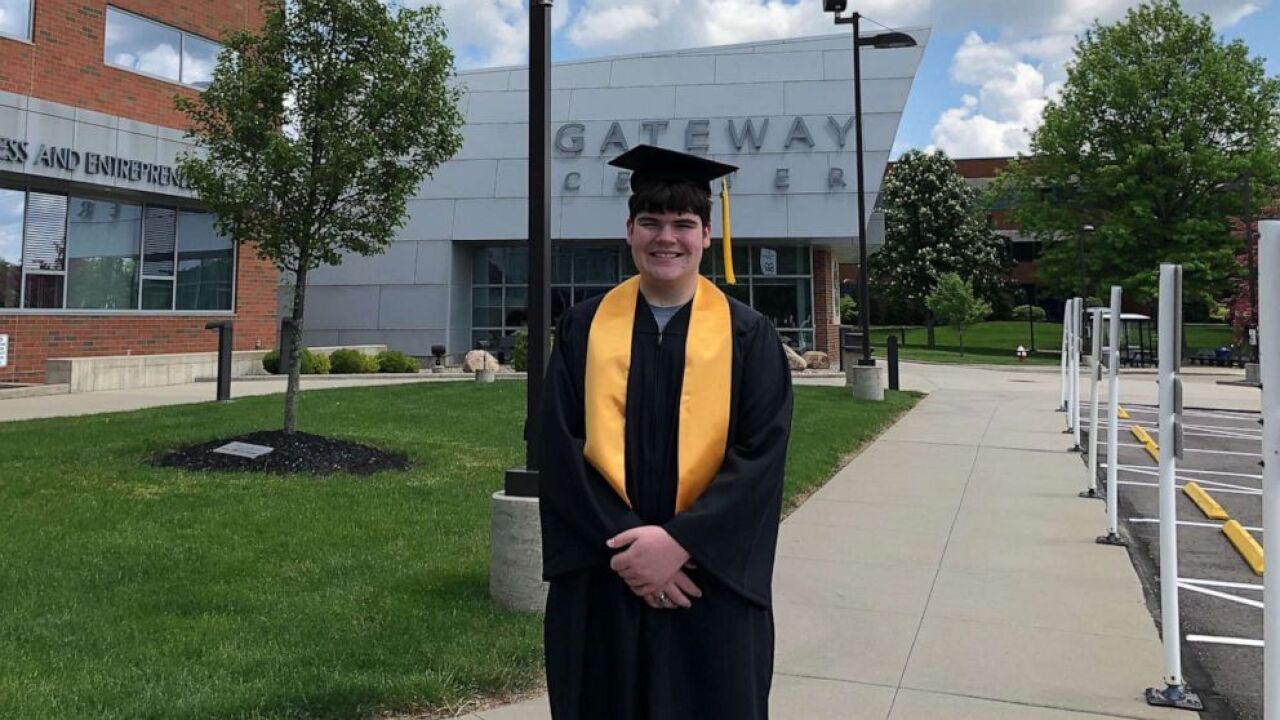 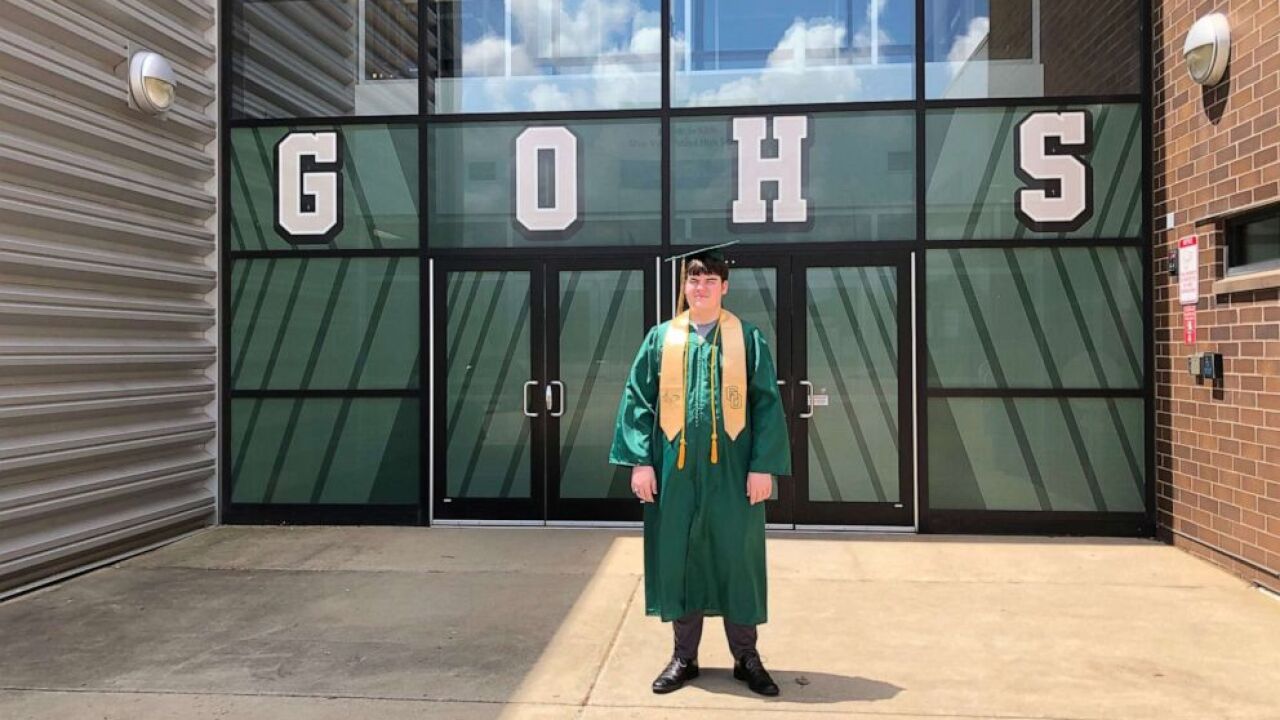 NORTH CANTON, Ohio — Move over Doogie Howser, a young man from Stark County is set to graduate from high school and college this week at age 15.

Tom Jordan will be the youngest graduate in Stark State College’s 60-year history, according to the Canton Repository. He was recognized on Sunday at the school’s virtual commencement for completing his program “with high distinction.”

Tom is an aspiring math professor who earned his associate degree in general science from Stark State College with a 3.93 GPA, according to ABC News.

On Friday, Tom will graduate from GlenOak High School on Friday with a 4.624 GPA. He will be handed his diploma by his mother, Kathy Jordan, the chief financial officer at the Plain Local School District, at an individual graduation ceremony.

"What really feels good for me is that its not really about the fact that I'm here, it's about all the experience and hard work it took to get here," Jordan told "Good Morning America." "If I were to go in, and I just easily breezed through, this wouldn't really mean anything to me."

Tom began taking a pre-algebra course at 11, and by 14 he was enrolled at college full-time via independent study, Jordan, told GMA.

"He was able to take everything at Stark State that met all of high school criteria as well -- PE in summer, and an arts credit," Kathy Jordan said. "Pure mathematics is what he wants his doctorate in. He wants to teach that and research that. That's his dream."

Tom plans to complete his undergraduate degree in math at the College of Wooster and hopes to get his doctorate from Harvard or MIT.