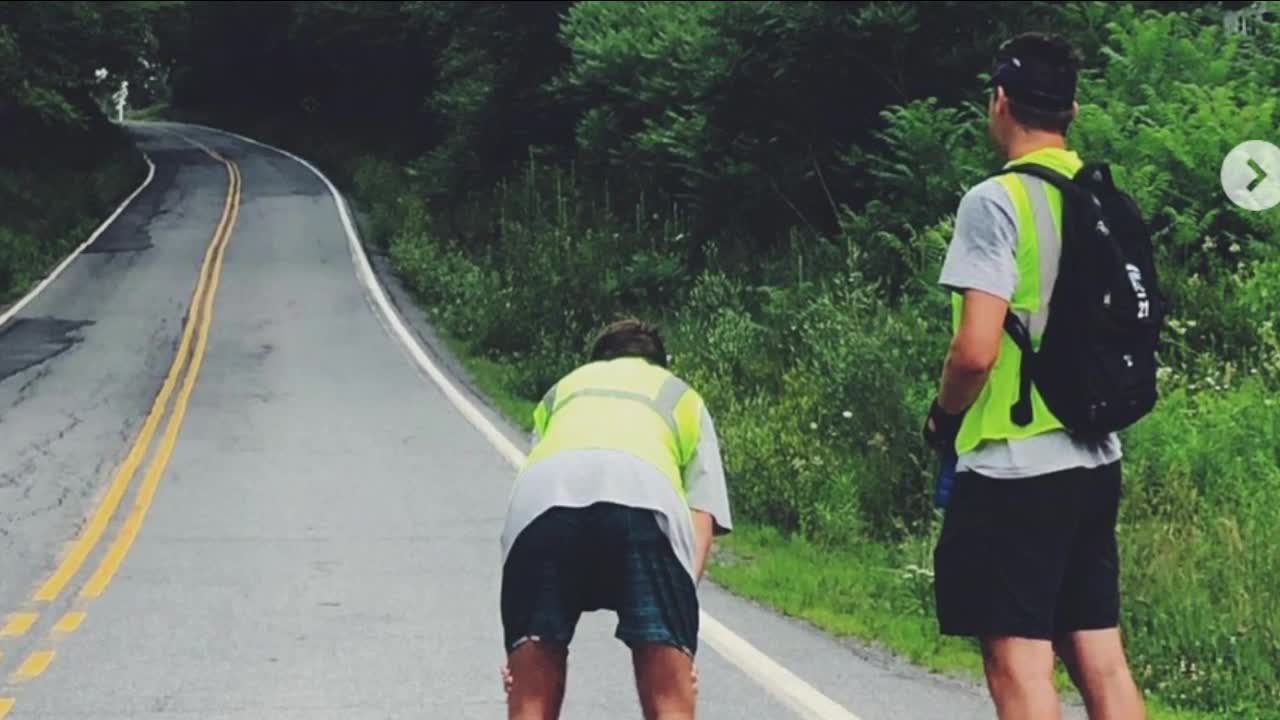 If you see two men rollerblading past your house, make sure to wave hello as they’re on a long journey to raise money for the American Cancer Society. CLEVELAND — If you see two men rollerblading past your house, make sure to wave hello as they’re on a long journey to raise money for the American Cancer Society.

Andy Walker and Jake Adkins both play hockey at the University of Massachusetts in Boston. When the rinks and gyms shut down due to COVID-19, the two bought rollerblades as a way to stay in shape.

After buying the rollerblades, the two came up with an idea.

"One day we just decided, 'how far do you think you can go?' and we're like, 'why don't we go back to your house in Michigan.' That's where [Andy] lives so it's quite the challenge, it's definitely the hardest thing we've both ever done but it feels very rewarding," Adkins said.

As they travel from Boston to Michigan, a nearly 1,000-mile journey, they’re also raising money for the American Cancer Society.

They said they wanted to help since donations have been down and many cancer patients are having to go through treatments alone due to the pandemic.

Walker and Adkins have raised more than $17,000 so far and hope to raise even more.

The two made a stop in Cleveland Sunday but will hit the road again as they skate their way to that state up north.

To learn more about Walker and Adkins’ journey and cause, click here.