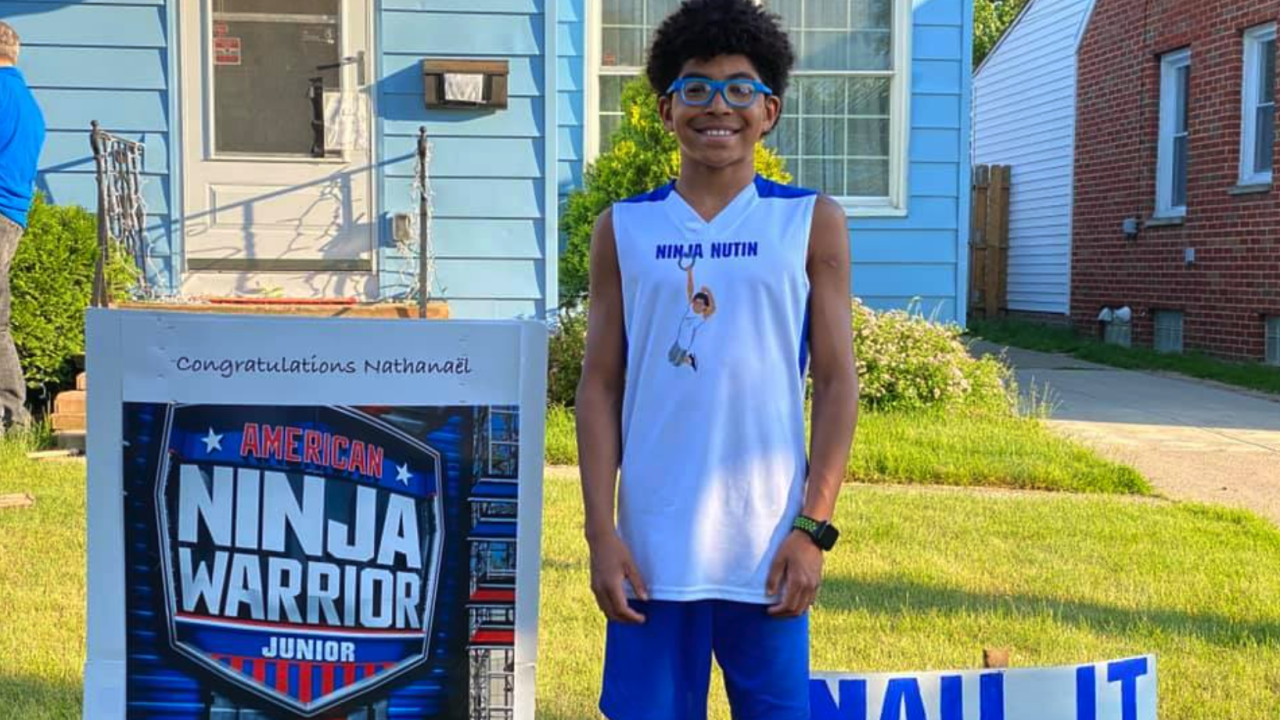 SOUTH EUCLID, Ohio — A 9-year-old South Euclid boy can now call himself a champion after winning his division on “American Ninja Warrior Junior.”

Nathanael Honvou was competing as a finalist on NBC and Universal Kids' ultimate obstacle course challenge.

Seeded against 10-year-old Reeder Smith, Nathaniel started off slightly behind as they ran up the shrinking steps. Reeder had a faster start but fell into the water on the spider walls.

Nathanael pushed forward, completing the entire course and recording the fastest time in the competition.

“This means so much, it’s just amazing,” Nathanael said to hosts just after winning.

The young South Euclid native dedicated the win to his mother, who he said “has taken care of me all my life.”

Nathanael brings home with him the prize of $15,000 in addition to the title of American Ninja Warrior Junior Champion.