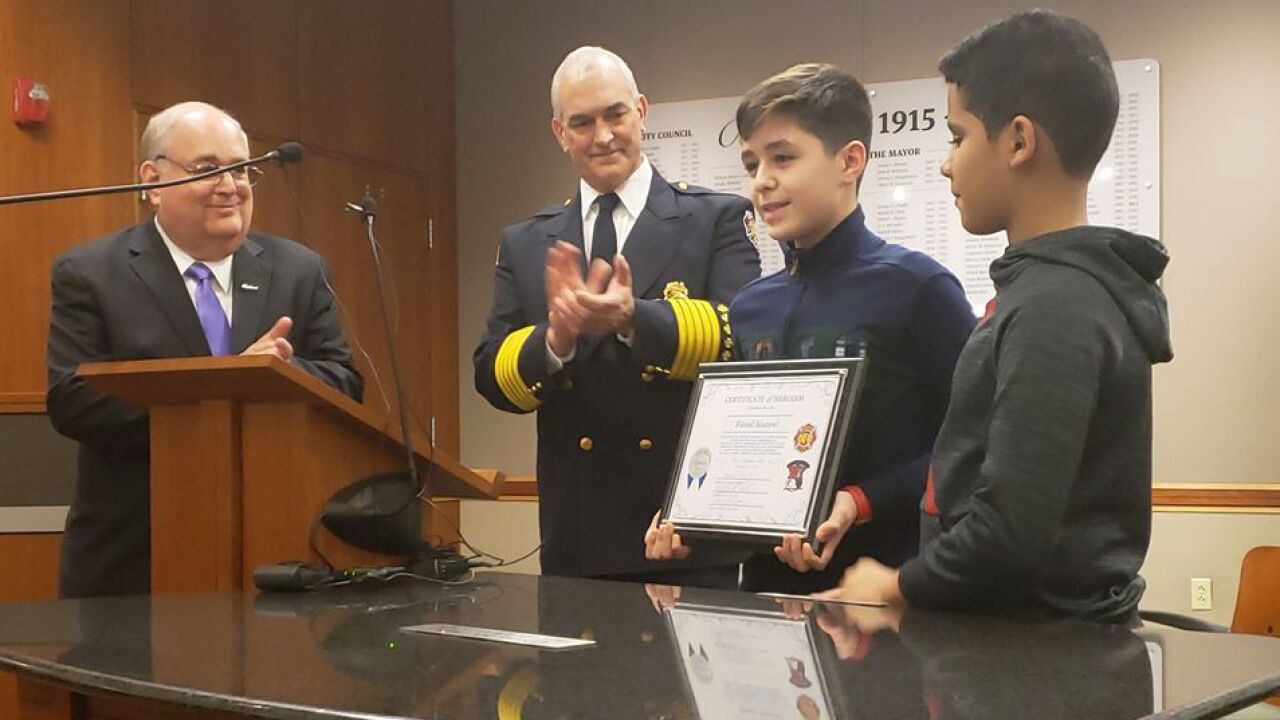 Beachwood City Hall.
11-year-old Faisal Alazawi rendered immeasurable assistance when a classmate had a medical emergency on the school bus.

BEACHWOOD, Ohio — A student at Beachwood Middle School was honored for his heroism on Monday during the Beachwood City Council meeting.

Faisal Alazawi, an 11-year-old student, was honored with a certificate of heroism from the city after he helped another classmate who had an medical emergency on the school bus in November.

Faisal was riding home on the school bus about two weeks ago when his classmate became non-responsive. Faisal was able to manage the English-to-Arabic-to-English translation in a calm and effective manner to help first responders from multiple departments assist his fellow classmate.

Police and fire personnel who responded to the scene that day said they were amazed by Faisal's maturity and efficiency during the incident. He was able to juggle multiple languages, requests and cellphones.

During the incident, Faisal's only personal concern was letting his mother know where he was and why he was late getting home from school.