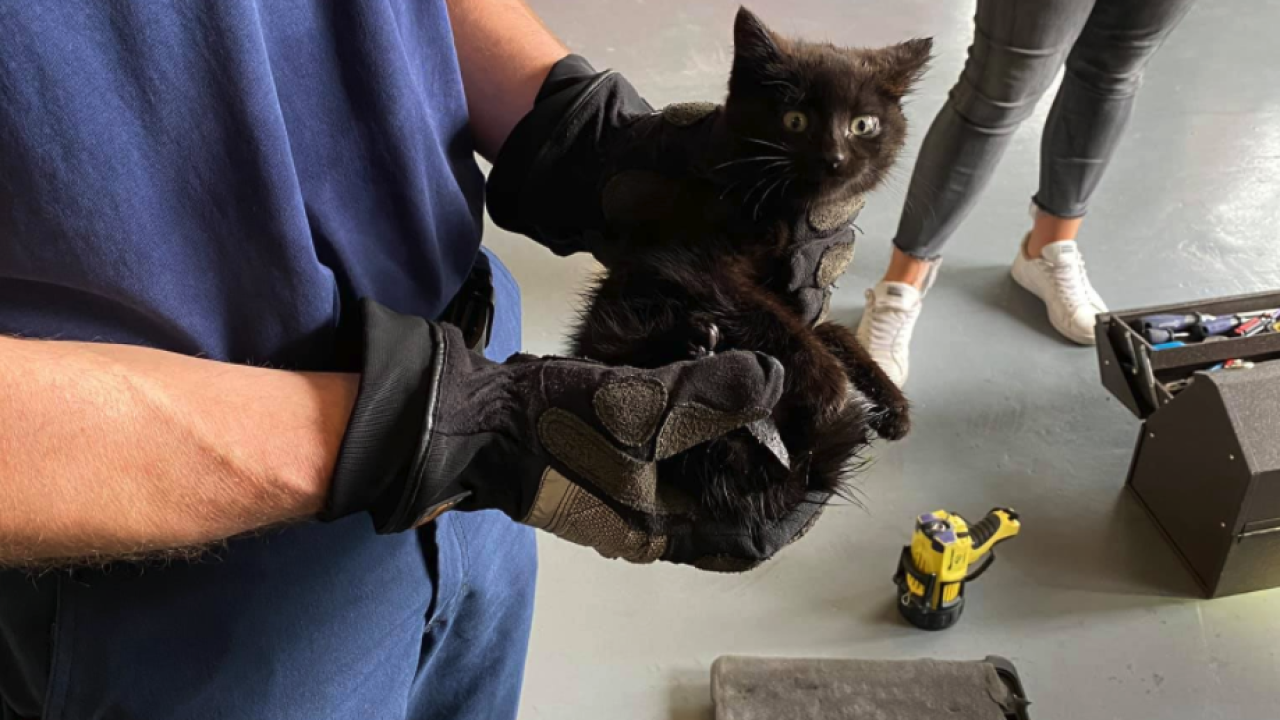 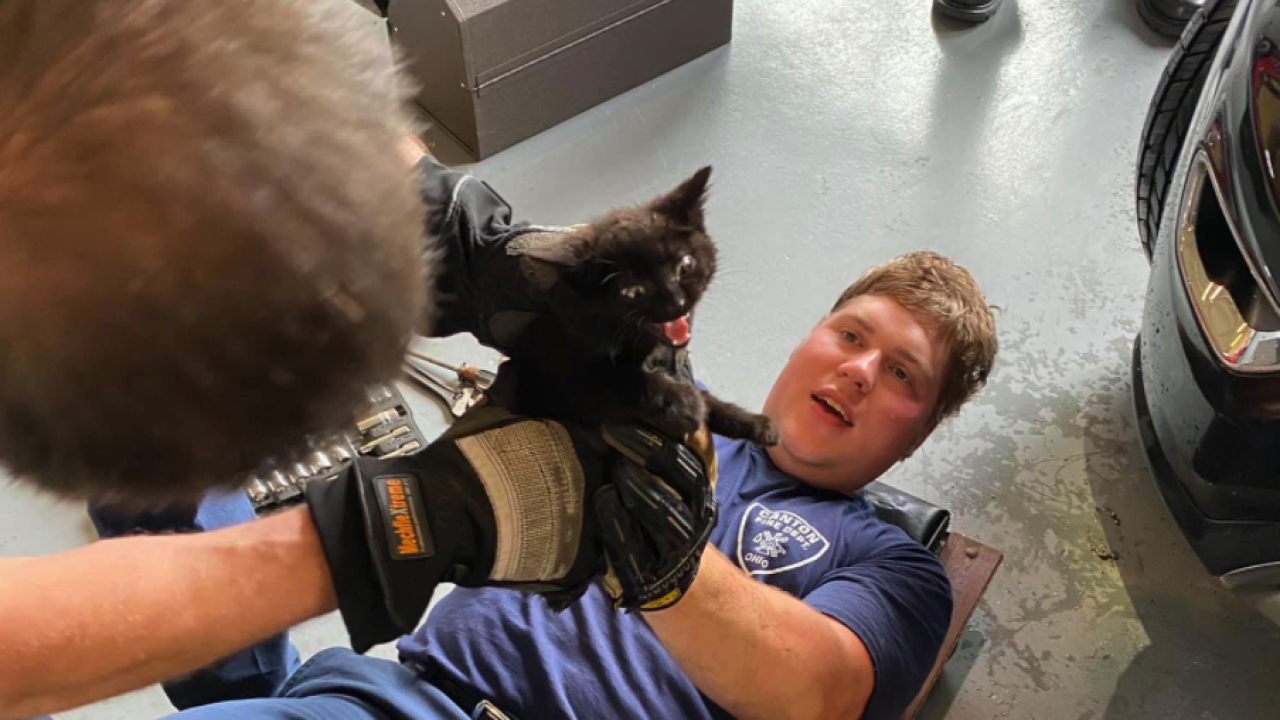 CANTON, Ohio — If you were to picture a firefighter rescuing a cat, most likely it would be from out of a tree, but on Friday, the Canton Fire Department made an impressive feline rescue—from the engine of an SUV.

The driver and passenger of an SUV driving down Interstate 77 heard a strange noise coming from the front of the vehicle and exited the highway, pulling into Fire Station No. 4 for assistance.

The driver and passenger said the noises sounded like meowing and crews at the station got to work.

Canton firefighters removed part of the SUV’s bumper, found a small black kitten stowed away inside and pulled it to safety.