Each year on June 25, officers remember their fallen comrade, Officer Wayne Leon, who died on this day 20 years ago after he was ambushed, shot and killed during a traffic stop. 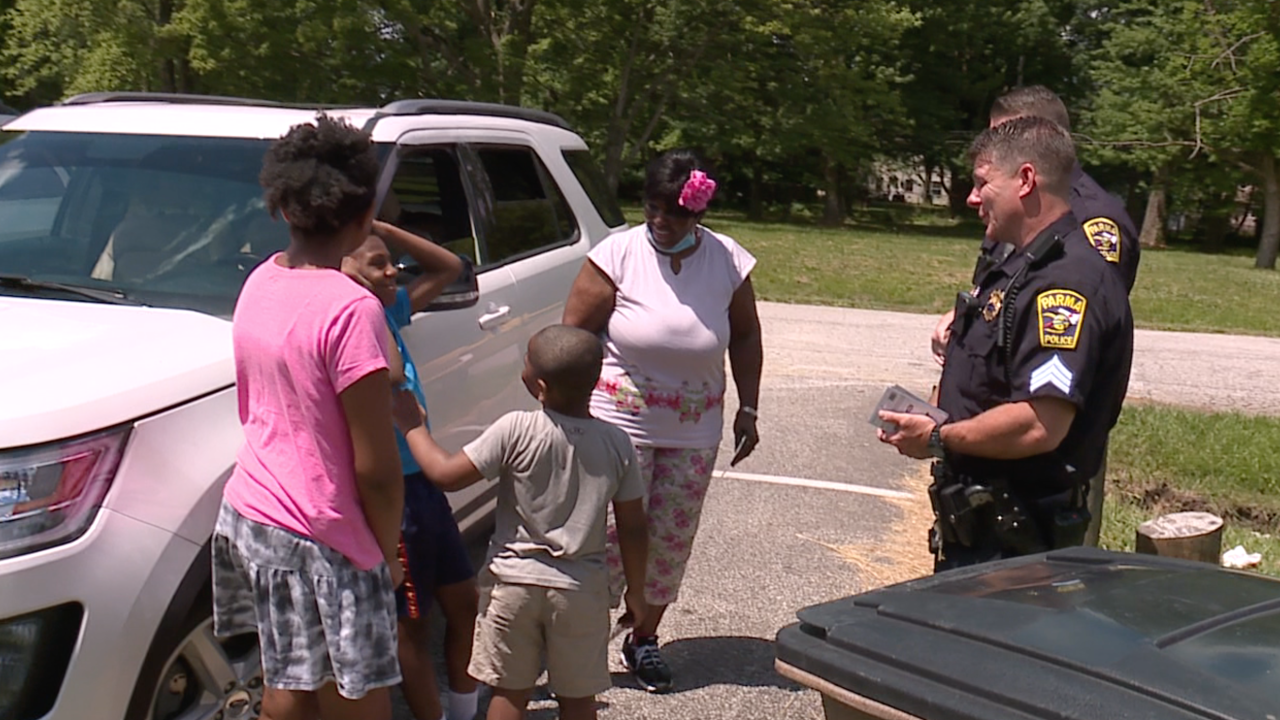 CLEVELAND — Each year on June 25, officers remember their fallen comrade, Officer Wayne Leon, who died on this day 20 years ago after he was ambushed, shot and killed during a traffic stop.

This year, officers, including Wayne’s brother Dean who works for the Parma Police Department, handed out gift cards instead of tickets as random acts of kindness in honor of Leon.

Officers teamed up with Sea of Blue, an organization that supports law enforcement and helps create positive relationships within the communities officers serve.

Sea of Blue provided hundreds of dollars in toys and thousands of dollars worth of gift cards to hand out on Thursday. Some local restaurants reached out to the organization to donate gift cards as well.

Officers from Cleveland, Brook Park, Warrensville Heights and Parma drove around their communities, surprising people with the small gifts, all while honoring Wayne.

"It's good to memorialize Wayne in a positive manner, he was a fun positive person. He loved to interact with the community, great with kids, and this gives us an opportunity to give back to the community and remember Wayne,” his brother Dean said.

Wayne’s wife paid tribute to him, writing an emotional post about her late husband on Facebook Thursday and updating him on their lives and what their children have accomplished over the years.