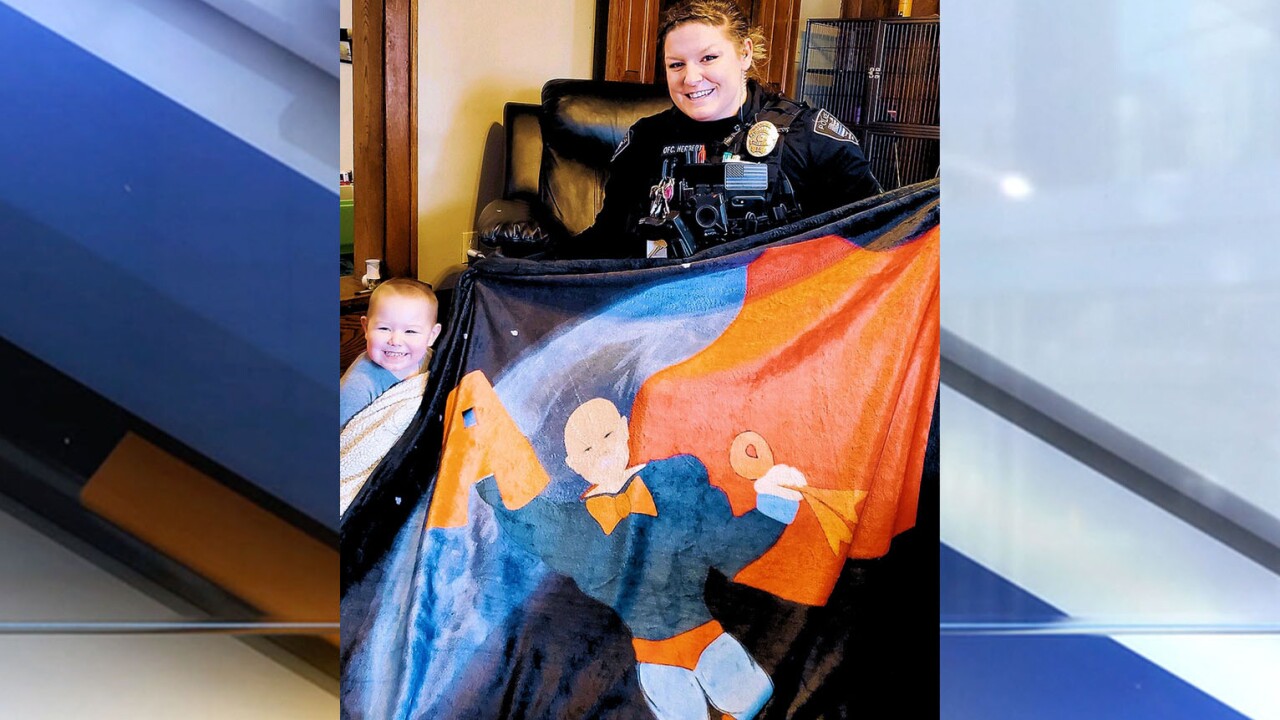 School Resource Officer Lesy Herbert would often notice 4-year-old Archer when he and his mom would drop his older brother off at school. Officer Herbert learned that Archer had been fighting a battle with leukemia and was moved by Archer’s courage.

Officer Herbert has experience in graphic design and used her artistic abilities to turn Archer into a superhero using her iPad. The artwork features the quote "Sometimes superheroes reside in the hearts of small children fighting big battles."

After creating the drawing, Officer Herbert had it transferred onto a blanket, which she surprised Archer with on Friday.

Archer and Officer Herbert posed for a picture with his special gift and the 4-year-old was all smiles next to the new blanket that depicts him in his true superhero form.