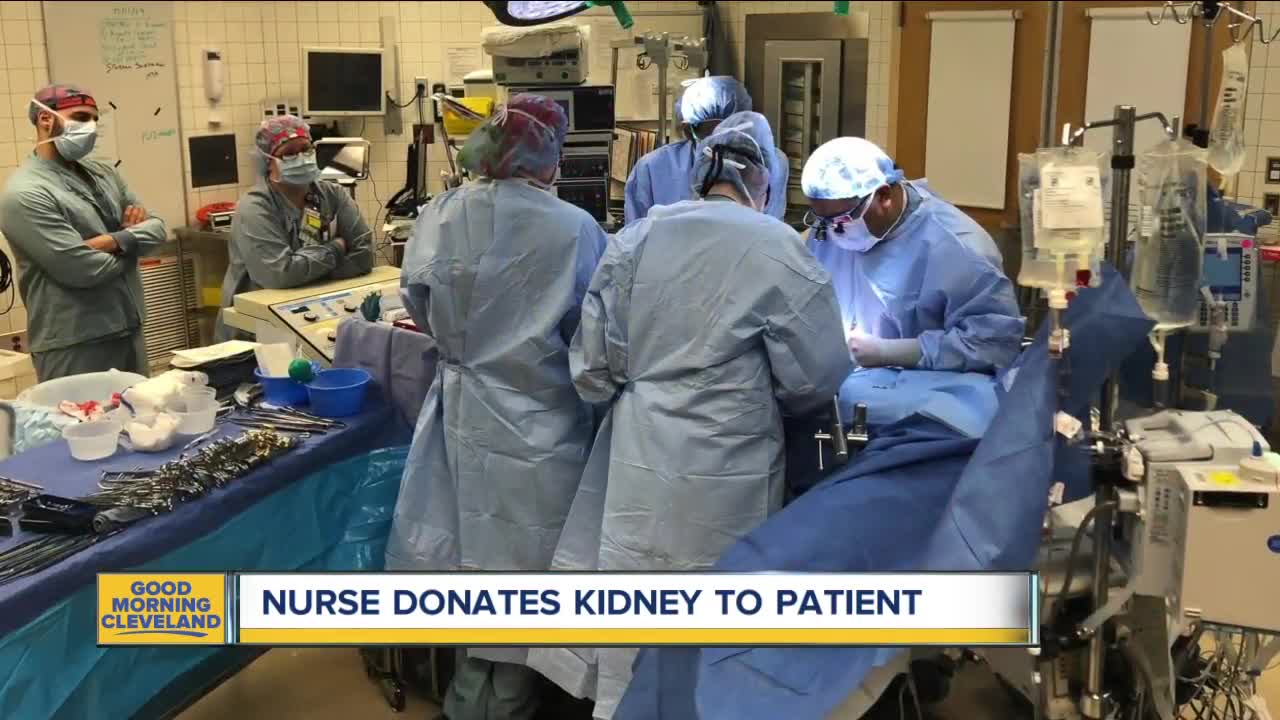 While performing a routine test on a patient she just met, a UH cardiovascular technician donated her kidney to the patient after learning they were a match. 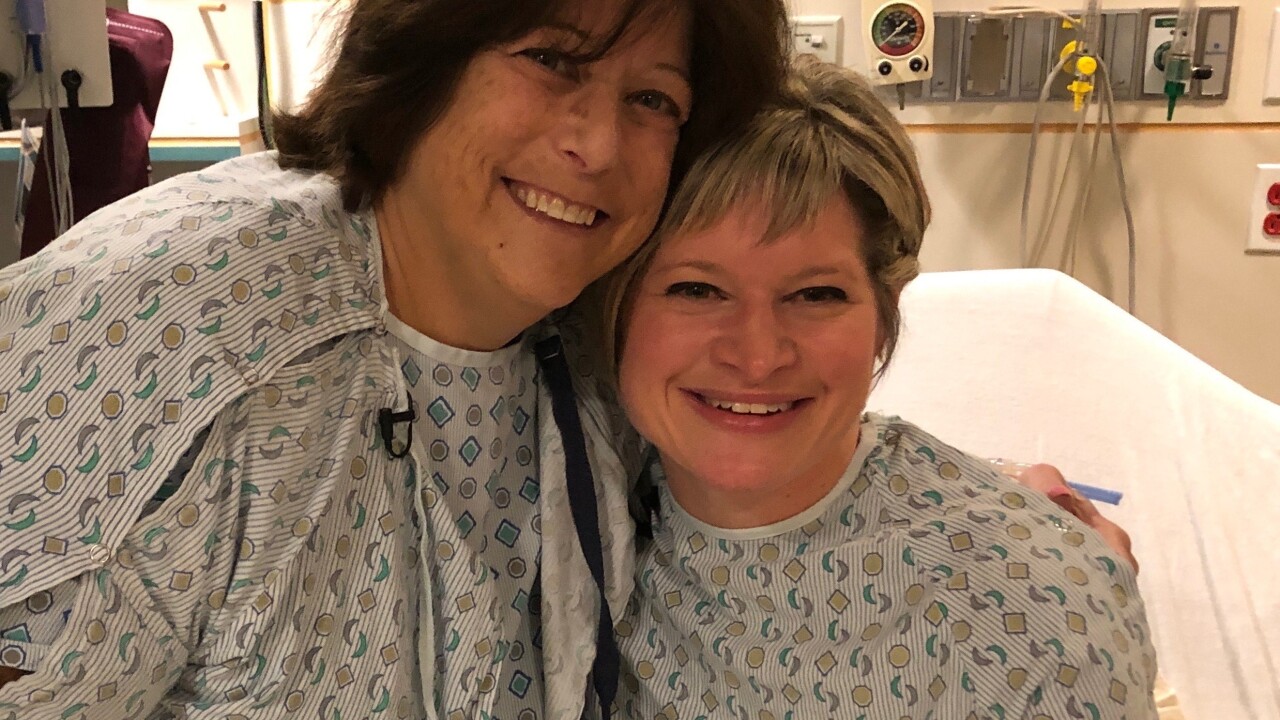 CLEVELAND — For more than five years, Denise Butvin sat on a transplant list waiting and hoping for a new kidney to stay alive.

Butvin was officially diagnosed with kidney disease at the age of 51, but she has never experienced any symptoms. But eventually, she noticed a problem.

“With my blood work and my numbers they kept going up and that’s the sign that your kidney’s are failing.”

Determined to avoid dialysis, Butvin decided to start the process to get on the transplant list.

Then, five years had passed.

“We were explaining the test, we were kind of chit-chatting and I notice she’s there for a pre-transplant evaluation,” Hosey explained. “And I just say well do you have a donor and she says no.”

Then without hesitation, Hosey said, “I have one to give you.”

Butvin says she was shocked that a stranger who make such an offer.

But for Hosey, it was just the right thing to do.

“I come from a family that has received and given,” she said. “More people were worried about me than I was about myself. I was not worried.”

Hosey applied to be a donor the next day. About a month or so later, she says she was on vacation when she got a call and learned she was a match.

“It was like a weight being lifted off of you and a reality was setting in,” Butvin said.

The two went in for surgery Dec. 11 and it went well. Now, they are both recovering with a month left until they will be back to complete normalcy.

“She’s always with me wherever I go,” she said. “We’re connected now forever.”

With years added on to her life, Butvin plans to travel the world with her husband and continue her bond with Hosey, who she calls her angel.

“It’s meant to be. I mean God said this is what’s going to happen and we’re putting you two together,” Butvin said.

Hosey tells News 5 she plans to return to work in four to six weeks.