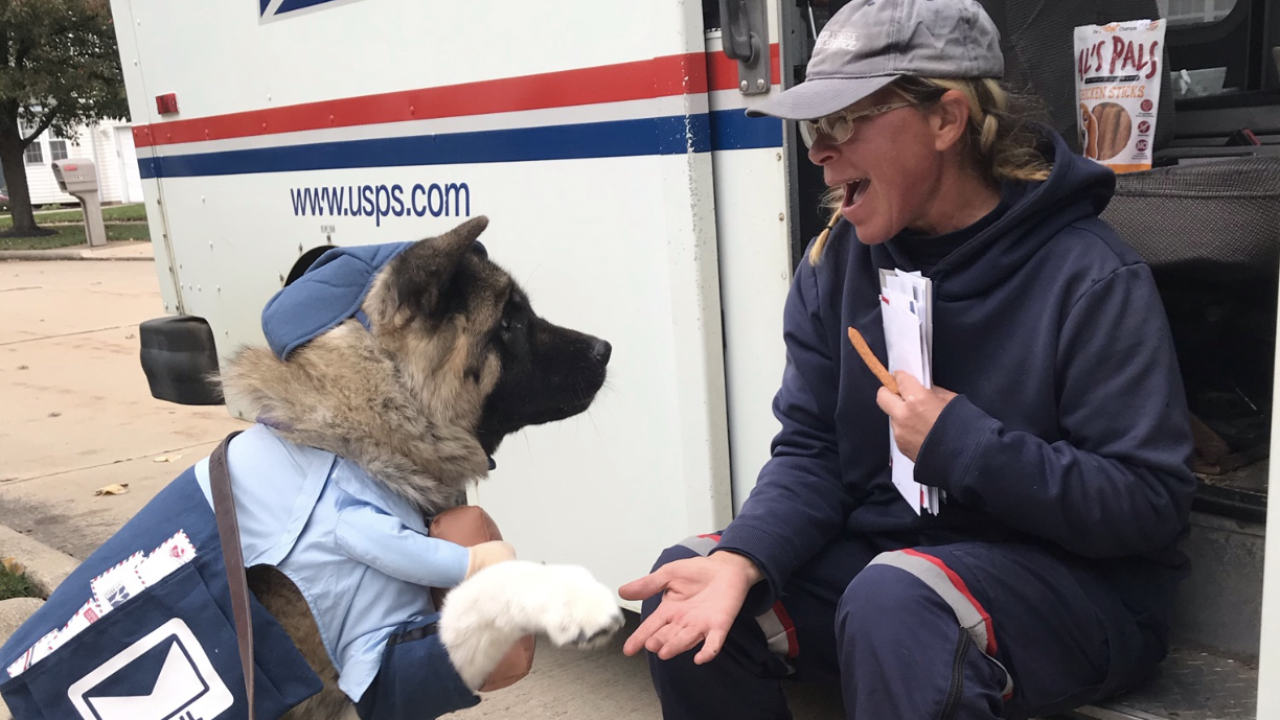 CLEVELAND — Dina Gray is a mail carrier in Cleveland who loves to treat the four-legged friends along her route, but on Saturday, she was treated to a fun surprise of her own.

During one of her deliveries Saturday, Gray was surprised by a dog dressed up like her along her route.

Gray’s sister, Sharon Matty, shared a photo of the two together and neither snow nor rain nor heat nor gloom of night could stop you from smiling at the wholesomeness of their encounter.

Matty said that her sister takes treats around to all of the pups on her route and has made plenty of furry friends because of it.

They say imitation is the sincerest form of flattery, so Gray should be honored by her costumed admirer.