Two were also shot by police who responded in Oregon District 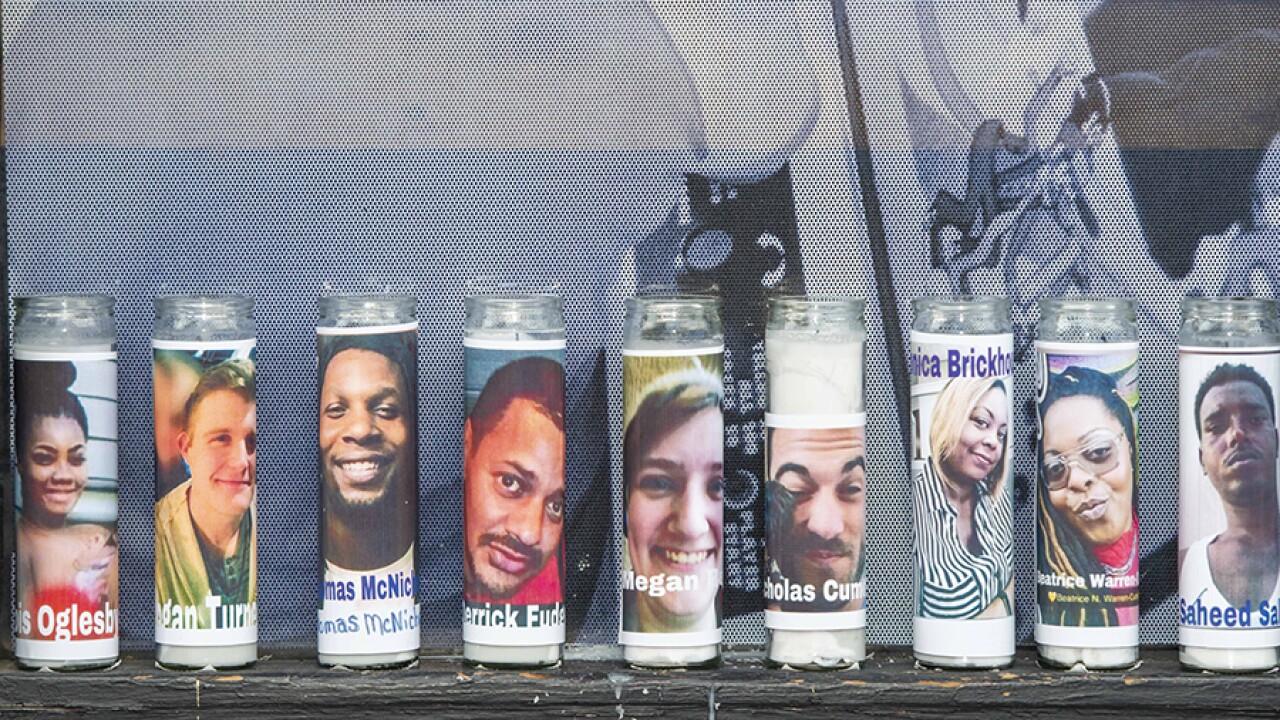 None of the nine victims' deaths in the Aug. 4 mass shooting in Dayton resulted from police gunfire although two victims were also shot by police, according to a coroner's report.

The gunman's weapon caused all of those deaths, Montgomery County Coroner Kent E. Harshbarger said Friday, although Harshbarger said a police shot suffered by one victim would have been lethal otherwise.

The attacker, identified as 24-year-old Connor Betts, tested positive for cocaine, alprazolam (anti-anxiety drug), and ethanol (alcohol). There was cocaine in a pipe and in a baggie found on the shooter, Harshbarger said.

Betts, who wore body armor, was shot about 24 times by police who responded after he opened fire in the Oregon District, according to Harshbarger.

Dayton Police Chief Richard Biehl said he believed none of the 17 wounded were shot by police, and that all of the wounded have survived their injuries.

Biehl defended officers who shot at Betts in the street even as bar patrons ran for their lives or tried to take cover. He said the goal was to “immediately stop the killing.” Biehl said if six officers stationed nearby had not engaged Betts when they did, the death toll would have been "exponentially" higher.

Police engaged Betts roughly 16 seconds after he opened fire on Fifth Street in the crowded bar district, police said Tuesday during a presentation of a video timeline of events. About 16 seconds later, an officer with a long gun killed Betts as he tried to re-enter Ned Peppers bar, police said.

At least 106 shots were fired in the rampage. Police said they found 65 casings from police weapons and 41 casings from Betts’s weapon. Biehl said more casings probably got scattered in the rush of people.

The coroner said the gunman was shot multiple times in his torso and upper and lower extremities, with several wounds above and to the side of his body armor.

Betts’s assault-style rifle had an ammo drum allowing him to fire up to 100 .223-caliber rounds without reloading, the chief said. Biehl said Betts had extra magazines with him.