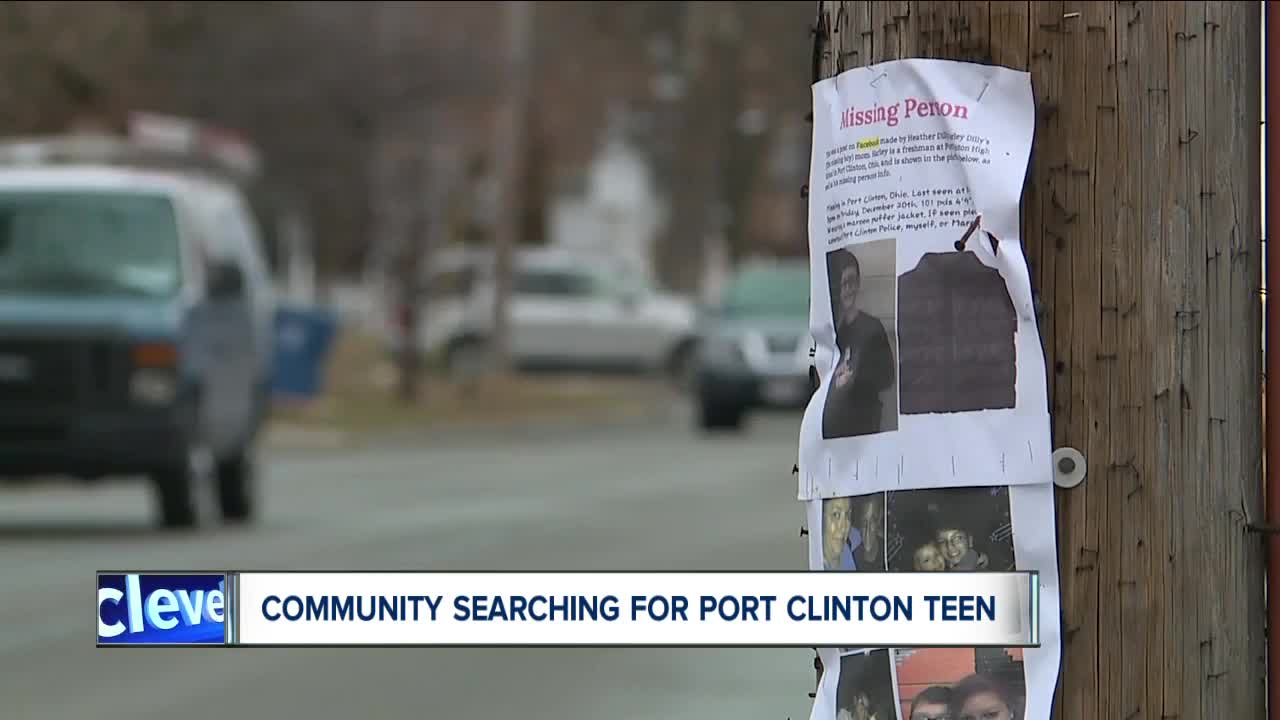 Authorities have increased the reward for information that leads to the whereabouts of a missing Port Clinton teen.

PORT CLINTON, Ohio — Residents in Port Clinton are keeping their hopes up as police and rescue teams continue the search for Harley Dilly, a missing 14-year-old boy who was last seen since Dec. 20.

Harley was last seen that day around 7 a.m. leaving for school at Port Clinton High School. He was wearing a maroon puffer jacket, gray sweatpants, black tennis shoes and glasses.

School officials said they attempted to call his mother on Friday after he didn't show up, but her voicemail was full.

Authorities said they had a 150-acre area to search Thursday. Members of local, state and federal agencies have been called in to assist in the search. Around a dozen K-9 teams, multiple drones and two helicopters are being used to look for the teen. The search was called off for the night around 5:30 p.m.

Police chief says in his heart Harley Dilly is still alive until he knows otherwise. Anyone with information asked to call police immediately. @WEWS #WEWS pic.twitter.com/Hg1vteymlk

Port Clinton police said an Amber Alert was not issued because it didn't meet the criteria for an alert. Police said they have no evidence showing the boy was abducted, but they are not ruling anything out.

"Bud, you're not in trouble, just come home," said Port Clinton Police Chief Rob Hickman. "If you're near a phone, near a residence, knock on the door, tell them to call the authorities. We'll get you back with mom and dad."

Hickman said he believes Harley is still alive. He said police responded to the family's home about a month ago after an argument between Dilly and his parents after they took away an electronic device.

Hickman described Harley's parents as "cooperative" and "distraught" six days after anyone last saw their son.

"In the past when they have a conflict in the residence, Harley will go away for the night," said Hickman. "The first night was not uncommon for Harley to not be there."

The chief said investigators were concerned because no one has reported seeing Harley or hearing from him since Friday morning.

"Oh geez, it hurts," said David Bishop who lives around the corner from the family and watched Harley grow up. "Whether you know the person or not, a 14 year old boy, it hurts. Just kind of tears you apart."

Investigators said there was no sign of a struggle in the family's home. They also sent a cadaver dog into the house, but police say it did not find anything unusual.

"The fact that he's 14 and hasn't reached out to anybody, we're erring on the side of caution," said Hickman.

Meanwhile, many in the tight-knit town of 6,500 people are anxious for answers.

"It's scary," said Arlene Irick who lives near the Harley's home.

"It's unthinkable," added her daughter Sandi Hofacker as they watched search crews comb the neighborhood.

Police said they were not able to track Harley's cell phone because it broke a few days before he disappeared.

Port Clinton police and the Sandusky co-founder of Bikers Against Abused and Neglected Children are each offering $2,000, bringing the total reward to $4,000 for information leading to Harley's safe return.

Anyone who finds the boy is asked to call 911 immediately.