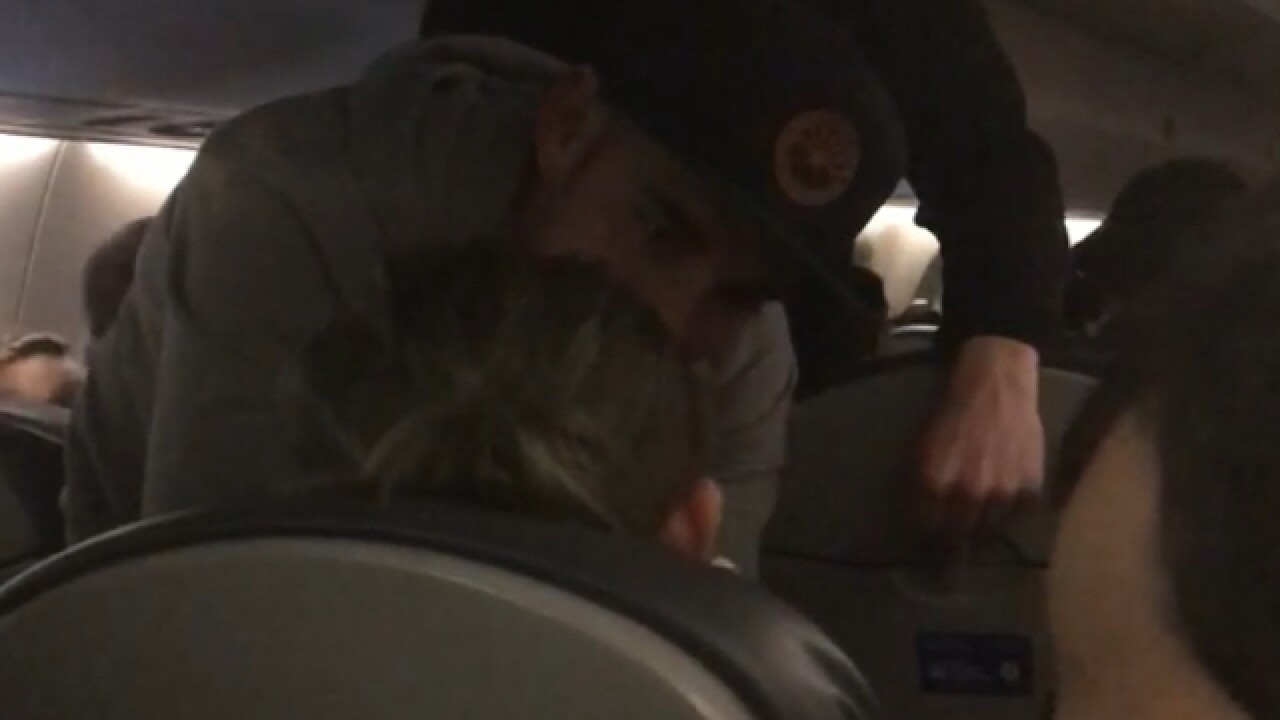 CINCINNATI — A Mason, Ohio woman said a "hero" tended to another woman who was suffering from seizures during a flight from Houston to Cincinnati on Sunday, and she wants to know why the pilot didn't land so the woman could get medical attention.

Amy Hammond said a woman, who appeared to have a young boy with her, two rows in front of her began seizing as the plan was ascending out of Houston, about a minute or two after takeoff on United flight 3466.

A man sitting nearby said he worked for a fire department and began to help her, despite being initially scolded for being in the aisle during the ascent, Hammond said. He asked if there was a doctor and then tended to the woman himself through seizures and periods of unresponsiveness. The good Samaritan helped the woman for more than two hours, according to Hammond.

"He 100 percent kept the plane calm," she said. "He kept us calm because he was so in control."

The woman seized "dozens of times" during the flight, but the man would keep her breathing and wake her up, according to Hammond. About 40 minutes in, another person also stood up to help. She said they went through nearly two cans of oxygen from onboard the plane.

"He just kept her talking, kept right in her face, just kept her going," Hammond said. "And then he knew he was losing her and all this stuff. But by the end, we'd have like 50 seconds of her being unresponsive."

A video Hammond posted on Facebook showing the man helping the seizing woman had been shared hundreds of times Monday afternoon.

WARNING: The video may be disturbing to some viewers.

"She's having seizures. We needed to get her medicine, we needed to get her professional help, and here she was on a plane up in the air, passing out over and over," Hammond said. "And they should have landed the plane in the beginning."

Hammond questioned what procedure United Airlines has for when there is a medical emergency onboard a flight.

"I was the last one off the plane. I voiced my anger about the decision not to land. The pilot said he made the decision. I told him we had to watch a young mom convulse and pass out over and over for 2 hours," she wrote on Facebook.

Jon Austin, a spokesman for Republic Airlines, provided WCPO with the following statement:

"This weekend, a customer experienced a medical issue aboard Republic Airlines flight 3466 operating as United Express between Houston and Cincinnati. While inflight, the customer received care by our crew with guidance from our on-call medical service as well as from a health care professional on board. The flight landed safely in Cincinnati where the aircraft was met by medical personnel and the passenger was transported to a local hospital."