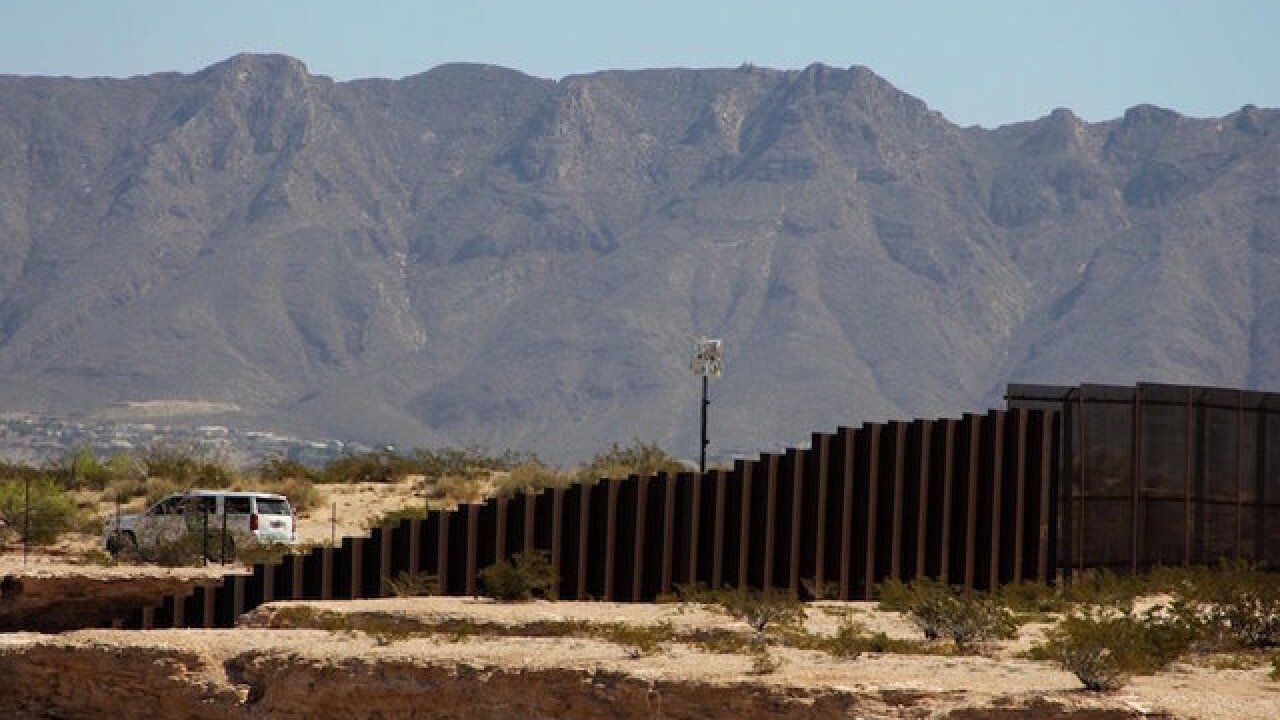 Her name was Jakelin Caal Maquin. She had traveled with her father from a rural indigenous community in Guatemala's impoverished Alta Verapaz region.

They were among a group of 163 migrants detained by Border Patrol agents the night of December 6 -- three days after her birthday -- in a remote area of the New Mexico desert, officials said.

"Without the lifesaving measures undertaken by Border Patrol, this child would have likely died in the desert alone without any medical care whatsoever," a Department of Homeland Security official said Friday. "The entire department is heartbroken by this loss of life."

The department's Inspector General's office is investigating the death and said its findings will be released publicly. The US government officials spoke on a conference call with reporters and insisted they not be identified by name.

They were were part of a group of undocumented immigrants loaded onto a bus at 4:30 a.m. December 7 at a Customs and Border Protection operating base near the Antelope Wells port of entry in New Mexico, the CBP said. The immigrants included about 50 unaccompanied minors.

One of four agents involved in the detention conducted an initial screening, including an interview and observation to determine whether medical care was needed, according to CBP. The screening revealed no health issues, the agency said. Her father also claimed the girl was healthy on a government form.

The unaccompanied minors were the first to be transported by bus to a Border Patrol station about 95 miles away in Lordsburg, New Mexico, the agency said.

When the bus departed the operating base about 12:20 a..m., the other migrants -- including Jakelin and her father -- were held inside the sally port of the Antelope Wells Port of Entry and given access to food, water and restrooms, according to CBP.

Official: 'No faster way to get her to treatment'

The bus later returned for the others. Shortly before its 5 a.m. departure, Jakelin's father told agents his daughter was sick and vomiting, the CBP said. An agent notified the station that the child would need emergency medical care.

When the bus arrived at the Lordsburg station about 6:30 a.m., the father told agents the child was not breathing, according to CBP.

A Border Patrol EMT "revived the child twice," the agency said. She had a temperature of 105.7 degrees. Local EMTs also provided care before she was transported at 7:45 a.m. by air ambulance to a Texas trauma center.

"The reality of that part of the border is there's no faster way to get her to treatment than the one she was on," the CBP official said.

At 11 a.m. on December 7, officials at the Lordsburg station were notified the girl had again been revived after going into cardiac arrest, the CBP said. A CT scan revealed brain swelling. She was breathing by machine and diagnosed with liver failure.

"Border Patrol Agents, including trained Emergency Medical Technicians did everything in their power to provide emergency medical assistance for Jakelin Caal Maquin immediately after her father notified the agents of her distress," CBP Commissioner Kevin McAleenan said in a statement.

"The agents involved are deeply affected and empathize with the father over the loss of his daughter... We cannot stress enough the dangers posed by traveling long distances, in crowded transportation, or in the natural elements through remote desert areas without food, water and other supplies."

CBP said it did not issue a statement about the child's death "out of respect to the family of the deceased." The agency is "currently reviewing its public disclosure and notification policy related to deaths in our custody."

On Monday, Paniagua met with Jakelin's father, who he said was devastated and was allowed by US authorities to see his daughter one last time.

The Washington Post  first reported Thursday that the girl died of dehydration and septic shock last week in El Paso after Border Patrol took her into custody when she crossed illegally with her father into the United States.

The El Paso County medical examiner has not determined the cause or manner of death, and the case is pending further studies, according to a spokeswoman.

A Department of Homeland Security representative said an autopsy would be performed but the results could take weeks.

US Rep. Joaquin Castro, D-Texas, said late Thursday in a statement he was "devastated by reports that a seven-year-old girl who was taken into Customs and Border Patrol custody died of dehydration and exhaustion. I'll be asking for a full investigation by the Inspector General and Congress into the conditions and circumstances that led to her death."

"We can do better as a nation," said Castro, a member of the House Foreign Affairs and House Intelligence committees.

"This is a humanitarian crisis and we have a moral obligation to ensure these vulnerable families can safely seek asylum, which is legal under immigration and international law at our borders."

In a statement, Cynthia Pompa, advocacy manager for the ACLU Border Rights Center, called for "a rigorous investigation into how this tragedy happened and serious reforms to prevent future deaths."

"This tragedy represents the worst possible outcome when people, including children, are held in inhumane conditions," the statement said. "Lack of accountability, and a culture of cruelty within CBP have exacerbated policies that lead to migrant deaths. In 2017, migrant deaths increased even as the number of border crossings dramatically decreased."

US Rep. Beto O'Rourke, another Texas Democrat, called for transparency in the investigation of the child's death.

"I am deeply saddened by this girl's death. There must be a complete investigation and the results shared with Congress and the public," he said Thursday on Twitter.

The girl's death comes months after a toddler  died six weeks after being released  from an Immigrations and Customs Enforcement facility in Dilley, Texas. The toddler's mother and her attorneys alleged she contracted a respiratory infection after they arrived at the detention center and that ICE provided substandard medical care for the 19-month-old.

The child and her mother came from Guatemala and were detained after crossing into the United States via the Rio Grande.