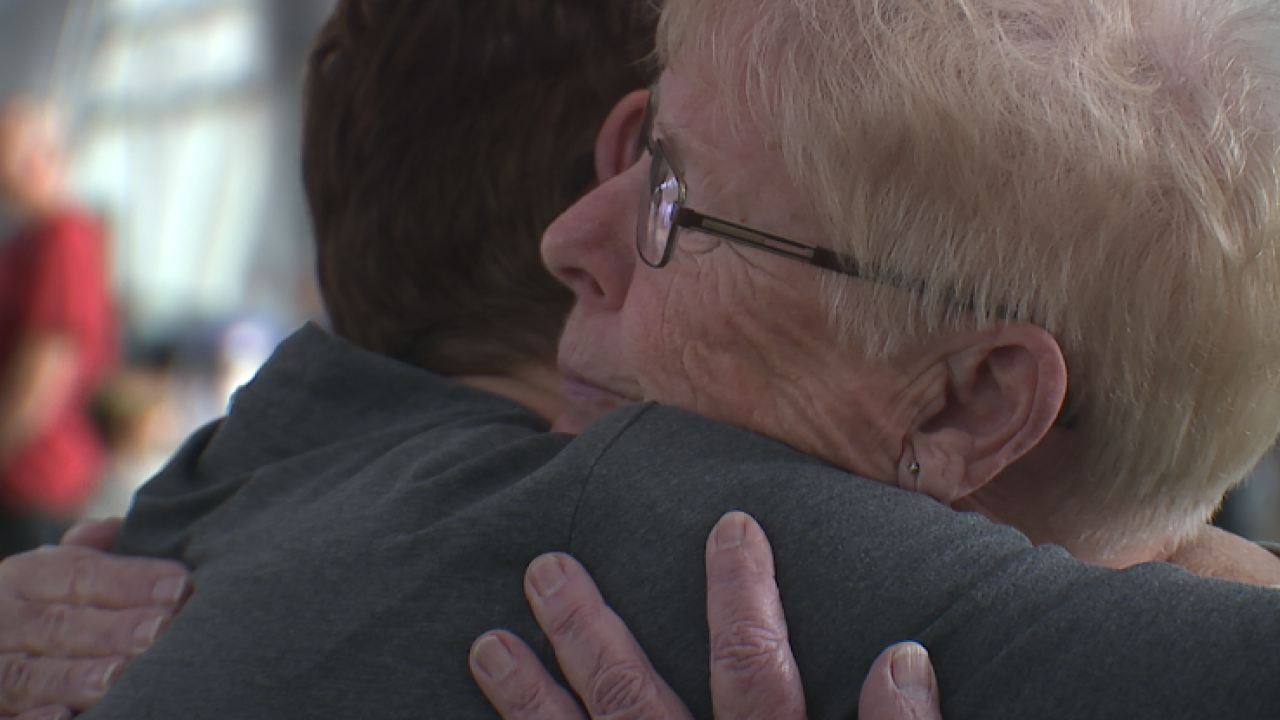 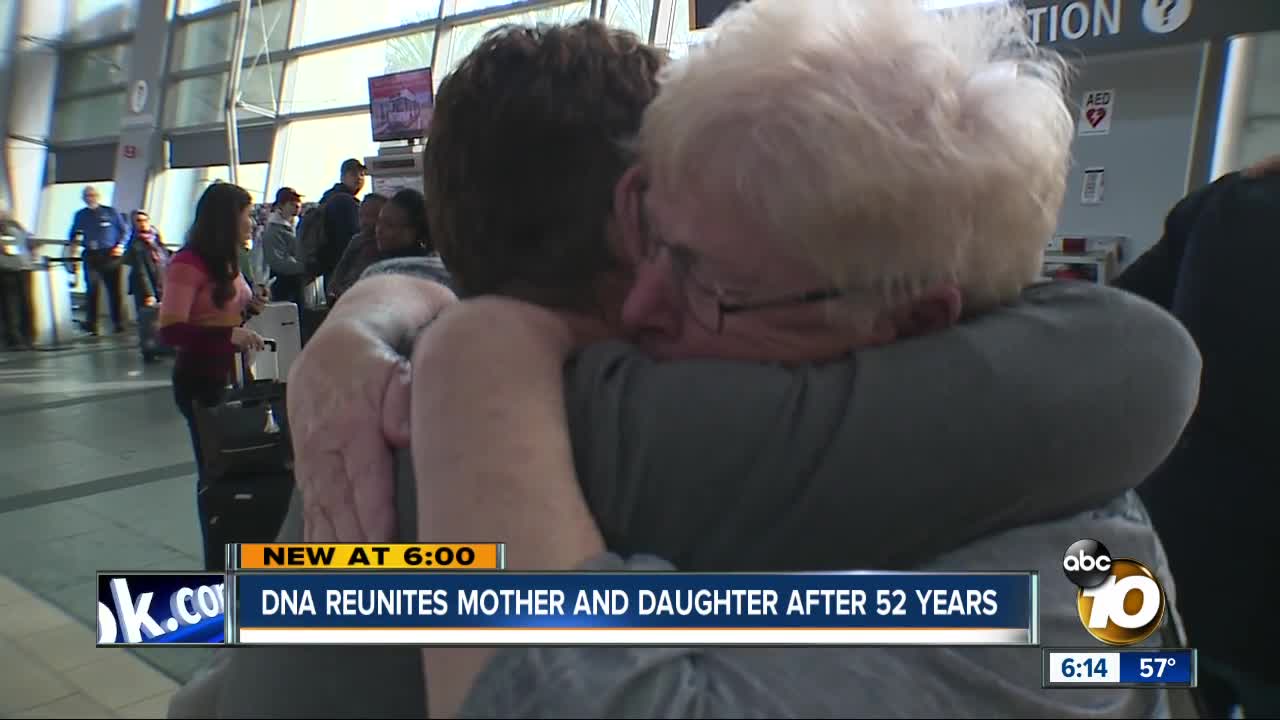 SAN DIEGO — It's one of Karen Leslie's most painful memories, putting her daughter up for adoption 52 years ago.

Leslie was young and unmarried at the time, with few resources. So she turned the baby over to a Catholic adoption agency, and prayed ever since she would get to see her daughter again.

"It's going to be the first time she gets to hold her bab," said Lori Webster, Leslie's stepdaughter.

The decision was so painful Leslie kept the secret from mostly everyone. She went on to marry her husband of 51 years, Dick Leslie, who was also the father of the baby put up for adoption.

“My sister did Ancestry DNA just for fun, just to see what her background was. She was contacted by Erin (Chatterton) and Erin had said she had been adopted when she was 2 months old and was looking for her parents," Webster said.

A match came back for sister or first cousin, and Leslie soon learned Chatterton was indeed her daughter.

On Friday, the two met for the first time during an emotional reunion at the San Diego Airport.

Chatterton also has plans to meet her biological dad, who was not able to attend the reunion for health reasons.