A 'dark matter hurricane' in space is headed our way 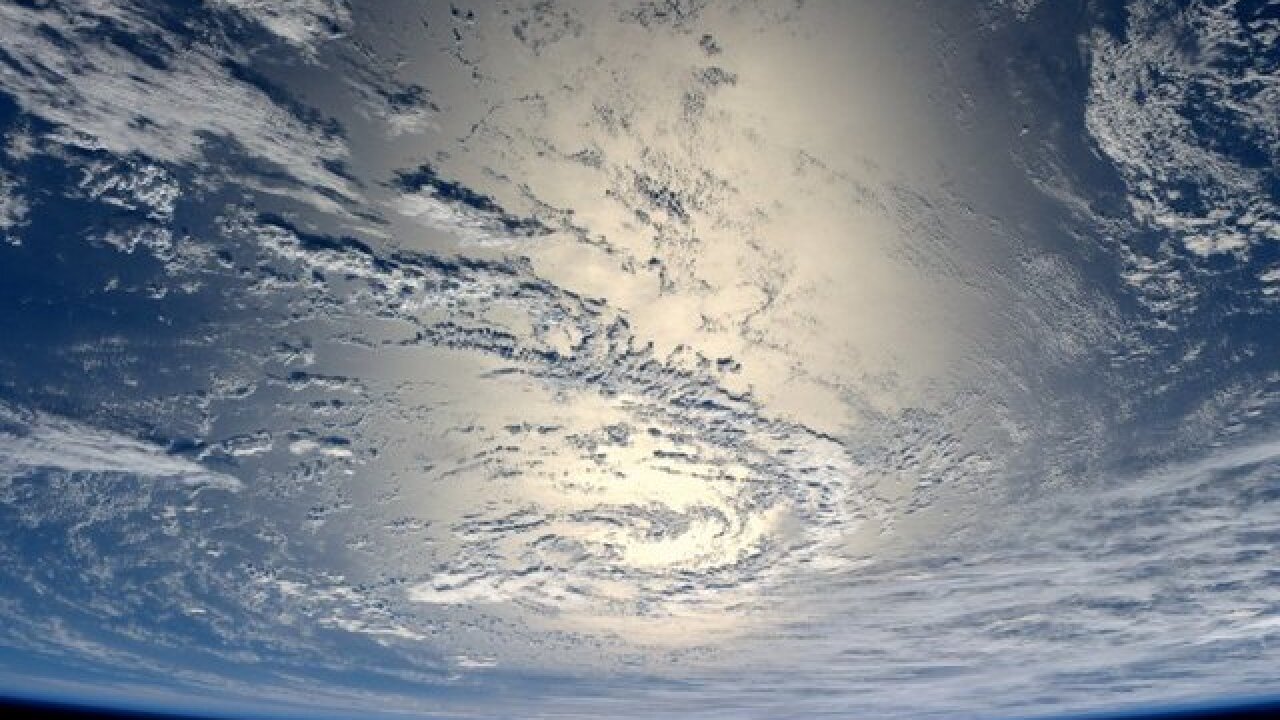 According to a recent paper , the Earth is caught directly in the crosshairs of a cosmic hurricane.

A swarm of nearly 100 stars, accompanied by an even greater amount of dark matter, is aimed directly at our stellar neighborhood and there's nothing we can do to stop it; in fact, the vanguard is already upon us. This sounds like a perfect summer blockbuster movie, starring The Rock and Chris Pratt, or maybe Scarlett Johansson and Charlize Theron.

Except this is for real. But is it a danger? Well, actually, no. Not at all. But it's potentially incredibly fascinating, with lots of interesting scientific interconnections. So, what is really going on?

The story starts last April, when the Gaia satellite announced the locations and trajectories of 2 billion stars in the vicinity of the Milky Way surrounding our sun. They released the data to the public.

Scientists were then able to look at the data set to see if they could spot anything peculiar. In galaxies like the Milky Way, the most common behavior is that the stars orbit the center of the galaxy in a manner broadly similar to the planets orbiting our sun. However, there are some stars that exhibit unusual motion. About a year ago, astronomers identified some "stellar streams" passing through our celestial neighborhood.

One of them, called S1 (for stream 1), consists of nearly 100 stars of similar age and composition, orbiting the Milky Way in a direction exactly opposite that of normal stars. It's kind of like a handful of cars driving the wrong way down the highway, except with a much greater distance between them and with no likelihood of a collision. These stars are spread out over a few thousand light years and they will pass through the solar system's neighborhood over the course of a few million years.

Astronomers identified S1 as being part of the remnants of a dwarf galaxy that collided with the Milky Way and was consumed in an epic episode of cosmic cannibalism. Dwarf galaxies are very small, typically about 1% the mass of the Milky Way. They can orbit larger galaxies and collide with the bigger galaxy, adding their mass to the parent. This is what appears to have happened in the case of S1, although the process has taken probably a billion years.

Dwarf galaxies often have a disproportionately large fraction of dark matter. Dark matter is a hypothetical and still-undiscovered form of matter that interacts only gravitationally. Scientists have proposed its existence to explain many astronomical mysteries, for example the observation that most galaxies rotate faster than can be explained by the known laws of physics and the stars and gas of which they are composed.

While dark matter has not yet been observed, hypothesizing its existence is the simplest and most economical explanation for myriad astronomical mysteries. Averaged over the entire universe, dark matter is thought to be five times more prevalent than the ordinary mass of stars and gas and planets.

In dwarf galaxies, the fraction of dark matter is often higher. In Fornax, a well-studied dwarf galaxy orbiting the Milky Way, researchers estimate that the dark matter is between 10 and 100 times greater than the mass found in its stars.

If that number holds for S1, the dark matter of the S1 stream is passing through the Earth at a much higher velocity than the more ordinary dark matter that orbits the Milky Way -- about twice as fast. It is thought that S1 dark matter is flying through the solar system at a speed of about 550 km/s, or about 1.2 million mph. While these numbers are impressive, they are misleading. Dark matter, if it exists, is extremely diffuse and it will have no discernible effect on the solar system.

Because dark matter hasn't been observed yet, these velocity numbers are speculative, although they are strongly supported by a very large body of evidence. However, the prospect of high velocity dark matter flying through the Earth has suggested an opportunity to detect it.

In a paper in the prestigious journal Physical Review D, researcher Ciaran O'Hare and his collaborators calculated the possibilities of discovering dark matter using both existing and proposed dark matter detectors. They considered two varieties of dark matter particles: a very heavy kind called a WIMP (weakly interacting massive particle) and a very light kind called an axion. Because the ultimate nature of dark matter is not known, it is important to be open to all possibilities.

They found that the detectors they evaluated could find WIMPs for certain ranges of the particle mass. However, when they looked at the axion possibility, it appeared the prospects were even better. Because of its light mass and the manner in which an axion would interact with the detector, the apparatus simply has a better chance of seeing the axion. (If axions exist, of course.)

Experiments with names like ADMX , MADMAX and ABRACADABRA are able or will be able to search for the signatures of dark matter proposed in the recent paper. They consist of technologies that are designed to interact with axions in a strong magnetic field and convert them to ordinary microwaves or radio waves that can be easily detected.

It's important to remember that the S1 stream poses no credible threat to the Earth and humanity. There is no need for an action hero to save us. However, the synergy of science is staggering. A careful catalog of nearby stars has opened the prospect of a better possibility of finding and identifying dark matter, which is one of the great unanswered mysteries of modern physics. It's an amazing time we live in, in which we can study such things.\