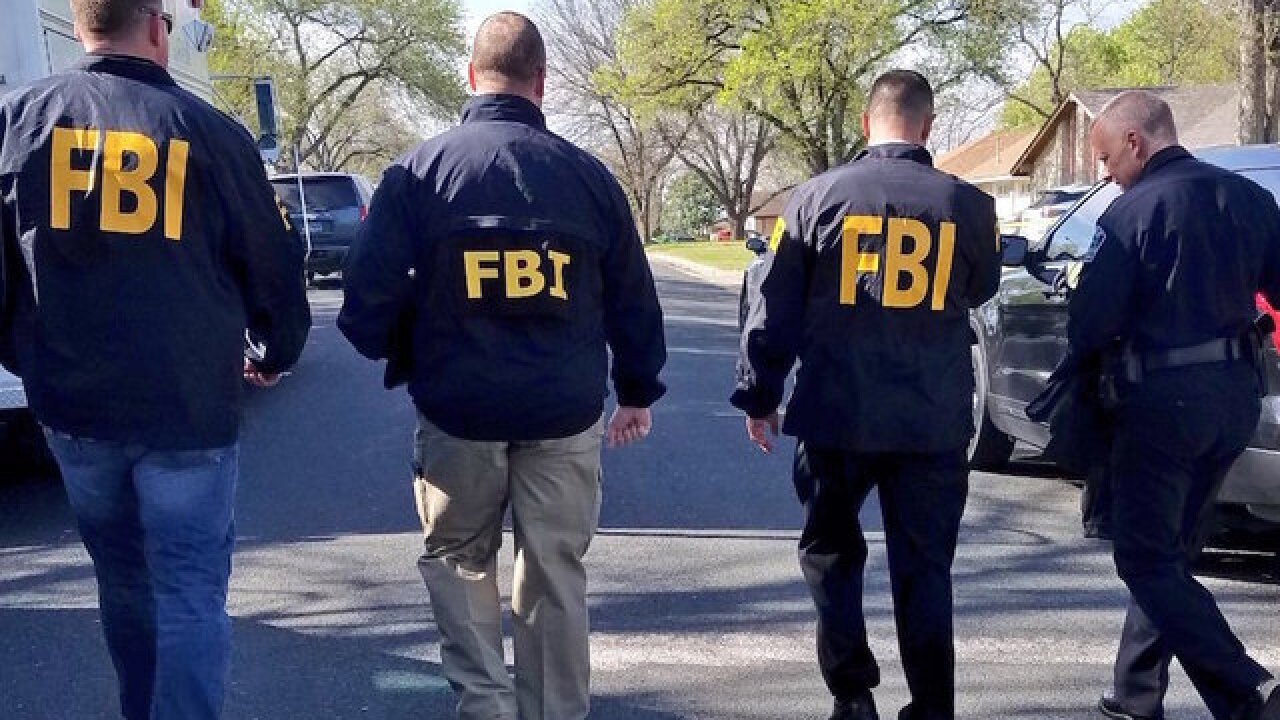 © 2018 Cable News Network, Inc.
Austin Police Dept
<p>Austin residents are being told to be vigilant about unexpected or suspicious packages at their door after a series of package bombs killed two people and critically injured a woman.</p>

A 17-year-old victim in a series of deadly package bombs delivered to homes in Austin, Texas, was identified Tuesday as Draylen Mason, as a law enforcement source revealed the same person may have constructed the three devices.

Mason, described by Austin Police Chief Brian Manley as an "outstanding young man who was going places with his life," was killed when a package on the porch of a Texas home exploded Monday morning. His mother is in stable condition.

The name of a 75-year-old woman wounded in a second incident Monday has not been released. The bombings have shaken residents and cast suspicion on one of life's common occurrences: getting a package delivered to your doorstep.

One of the explosive packages was brought indoors and yielded parts that could be reconstructed, according to the law enforcement source. The devices were essentially pipe bombs rigged to explode upon opening, the source said.

The three package bombs have exploded at homes in the Texas capital over 10 days, killing two people and injuring two others. Investigators say they believe the incidents are related, and residents have responded anxiously in the past day.

"What caused this in these instances was a suspicious package that no one was suspecting or expecting," Austin Mayor Steve Adler said Tuesday. "I want everyone in my community, if they see something that's suspicious -- a package or otherwise -- I want them to pick up the phone and call 911."

Daniel Arriaga told  CNN affiliate KXAN  he called authorities after he found a package he wasn't expecting for his daughter.

"I don't want to give the package to my daughter and something happens, and I would regret it for the rest of my life," he told the station.

Here's what we know so far

• The bombing early Monday killed Mason, who is African-American, and left his mother with injuries not considered life-threatening, police said.

Mason was described as a talented student and bass player accepted into  the selective Butler School of Music at the University of Texas at Austin,  KXAN reported.

• Both House and the slain teenager are relatives of prominent members of Austin's African-American community, The Washington Post reported. House was the stepson of Freddie Dixon, a former pastor at a historic black church in Austin,  the Post said.  Dixon is friends with Mason's grandfather, according to the newspaper.

• The other explosion, around noon Monday, severely wounded a 75-year-old Hispanic woman. She was in critical condition Tuesday morning, Manley said.

• Police have not decided if these are hate crimes but said that's considered a possibility because the victims are African-American and Hispanic. Adler said it is still too early to know the motive.

"We are just not going to ignore that fact that the three victims that were targeted ... were all people of color," Manley said Tuesday.

"We cannot ignore that. That is something we have to pay attention to. That does not indicate that it's a hate crime. But we're not going to rule that out because we don't want to limit anything that we're considering."

• The residents found the cardboard packages outside their houses, but none was delivered by the US Postal Service or delivery services such as UPS or FedEx, police said. The packages were left in the overnight hours.

• The explosions were not in the immediate vicinity of the ongoing  South by Southwest festival,  and authorities said the bombings don't appear connected to that event.

The packages were placed in front of the residents' houses, said Manley, the police chief. They appeared to be "average-sized delivery boxes, not exceptionally large," Manley said.

The first blast on March 2, which killed House, was initially regarded as an isolated incident, police said.

Then Monday, a blast was reported at 6:44 a.m., killing the teenager and injuring his mother.

"One of the residents went out front, and there was a package on the front doorstep," Manley said. "They brought that package inside the residence, and as they opened that package, both victims were in the kitchen, and the package exploded, causing the injuries that resulted in the young man's death and the injuries to the adult female."

Manley on Tuesday defended having downplayed the first blast, saying investigators initially believed the bombing was retaliation for a police operation at a drug stash house a few days earlier.

Then another blast happened hours later Monday, sending police scrambling from one crime scene to the next.

The latter explosion occurred after the 75-year-old found a package on her porch. When she picked up the package, it detonated.

Bombs required 'a level of skill'

Manley said it took "a level of skill" to construct the three bombs.

The maker or makers put "these bombs together; they're transporting them to their intended location; and then actually ... detonating them," Manley  told KXAN  on Tuesday. "So there's a certain level of skill and sophistication that whoever is doing this has, and ... we are hoping to use the evidence we have to track them down based on what we are seeing on all three scenes that seem to be consistent."

What to do about suspicious packages

Texas Attorney General Ken Paxton warned all Texans to be cautious. "With three reported explosions in the Austin area, I want to urge all Texans to report any suspicious or unexpected packages arriving by mail to local law enforcement authorities. Call 911 immediately if you receive something suspicious," he said on Twitter.

Manley gave similar advice: "If you've received a package that has been left on your doorstep or left in your yard or left on your driveway that you were not expecting or that was not from someone you know, then give us a call."

Residents seemed to be listening. Some have changed their habits when it comes to handling packages.

Trey Mathis checked to see if there was an address label on one that arrived.

"I took a walking stick and from behind my door, I cautiously tumbled the box over to bring up the label, where I could verify it was addressed to me and from the expected shipper," Mathis said. "I resolved to post the picture onto social media ( Instagram , then to Twitter and Facebook) to alert the USPS, if possible."

Local police as well as the FBI and the Bureau of Alcohol, Tobacco, Firearms and Explosives are working on the case. Gov. Greg Abbott announced a $15,000 reward for information leading to the arrest of the person or persons involved in the package blasts. A reward of an additional $50,000 was announced Tuesday by Houston ATF, the San Antonio FBI division and Austin Police Department.

"I want the public to be aware and to be cautious because again we have two cases that are very similar, that have both resulted in a loss of life," Manley said.